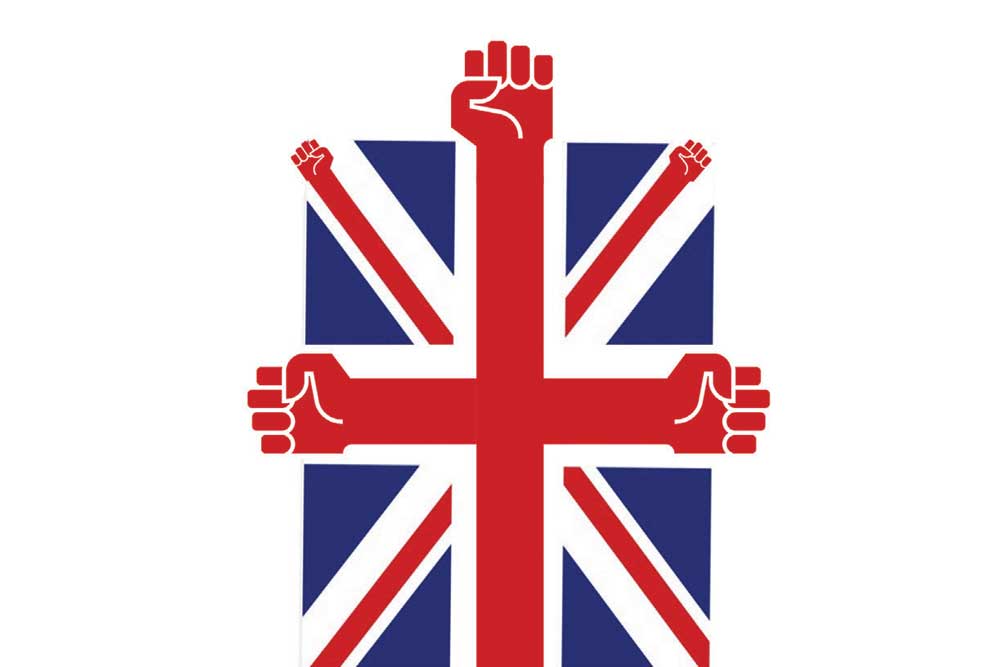 TWO YEARS AGO, in another summer, Britain revolted in a cathartic assertion of nationhood. The Brexit vote was the precursor to the ‘nativist’ uprising that would later put the outsider in the front row of populist politics. It was not, as generally misunderstood, a vote against Europe, or its values. It was not an anti-civilisation vote. It was a disillusioned people’s protest against what they came to see as an extra-territorial bureaucracy with no democratic norms. It was not the inevitable transformation of the United Kingdom into Little Britain, inhabited by smug troglodytes with imperial pretences. It was a return to the comfort zone of community and familiarity; an English pastoral authored by ordinary people who wanted to regain a sense of belonging. It was also a moment for blue-blooded ideologues of Englishness to declare freedom from the tyranny of Brussels. It was, as David Goodhart brilliantly argued in his book, the voice of dissent from the ‘Somewhere’ people, those who still needed a known place and an identifiable neighbourhood to feel at home, as opposed to the globalised ‘Anywhere’ tribe. It was a vote with an emotional content of Englishness, and it was still not a retreat from the world into an imagined greatness.

Writing about it from London then, I remember, was like watching history unfold from a tinted glasshouse. London was elsewhere, away from the impulses and intuitions of England. It was not the Brexiteers’ city; it was the internationalist’s home of choice. They could still talk about Jeremy Corbyn with some intellectual confidence there; it was the Remainers’ last resort.

There was something more about Brexit. It was a mark of leadership, and in the end, a bold testament of conviction politics. The referendum was the fulfilment of a political promise, and David Cameron’s departure was perhaps the most poignant farewell after Gorbachev’s in another era, in another historical context. His behaviour was also a reminder of lost civilities in politics. What followed was faux Shakespearian with the most popular—and charismatic—of the Brexiteers being betrayed in the last hour of a succession rite by his closest comrade. It’s been a downfall since then.

Two years on, London this summer is a city of discontent. It’s Brexit all over again. On the street, it’s a people’s march for another vote on the deal. In the newspapers, the recurring headline is ‘infighting grips cabinet’. The politics of fear is back amidst reports that big companies are moving out of Britain. Alarmists fuel the panic by painting Britain as a fourth world economic ghetto. It’s as if what happened two years ago was a freak vote by people who would qualify, in Hillary Clinton’s vocabulary, as the ‘deplorables’. In the polemical space, it’s still the anti-Brexit, pro-European’s day. Here is a sample from a lengthy newspaper essay by AC Grayling: ‘Brexit should be stopped. But at very least there must be a People’s Vote, a proper and informed chance for all those affected by this matter to have their say. And that word ‘must’ is the right word.’ Translation: Forget the Phantom Vote of 2016; let the People, as in the People’s Democratic Republic of Whatever, decide. There’s partial truth in what he writes: ‘Winston Churchill was a great and passionate pro-European, and were he here today would be a leader in the EU. We need another such as he to stand up and say: ‘Enough! Stop this Brexit madness! The destiny of our country lies in Europe, with Europe, helping to lead Europe, and thereby the world.’’ This retrospective hyperbole won’t describe Churchill as a ‘great and passionate Englishman’, and that is not what the pan-nationalism of the global citizen will ever dare. The passage nevertheless points to a Churchill-shaped hole in English politics today.

The Brexit mess is all about an absence of leadership. Theresa May could qualify as the weakest elected leader in a major democracy. What they said about John Major is more apt about her today: ‘in office but not in power’. She is the Remainer who has inherited the Brexit mandate, and today, she is the non-leader incapable of leading the negotiations for an honourable exit. Her cabinet members are engaged in a civil war, and her struggle, as it’s apparent to any casual headline browser in London, is all about being in power. If not a Churchill, what they need is a Thatcher. It is an absurd spectacle when the losers demand a vote on a vote, and the prime minister, being a poor manager of a mandate, adds a dash of the comical. There is no leader out there to preserve the vote, and make the quitters as well as stayers aware that a meaningful Brexit doesn’t mean Britain losing Europe, or vice versa.

This lady is for turning.