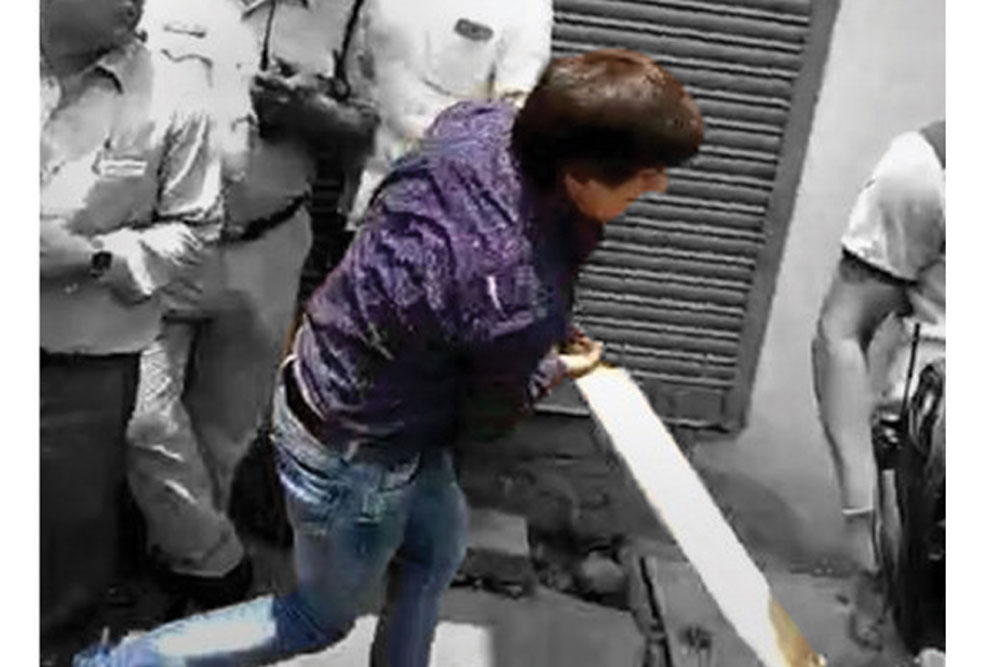 WORDS MAKE ALL the difference, and words have made Narendra Modi the most successful campaigner in power today. Those who have been rattled by the ease with which he makes people believe in him will of course continue with the refrain that it is ‘provocations on the stump and platitudes in power,’ nothing more. Not really. It’s provocation all the way, and that sets him apart as a self-conscious leader who refuses to be one of them. He let them know of the difference all the time. And them include the believers too, and among them the familiar types—the goons, the vulgarians, the vigilantes and sundry rogues who think their day has come. Modi’s words in response to the public thuggery of one of them—privileged son and MLA— say a lot: the day comes with a greater responsibility. The rogues, even the useful rogues, need to contain their natural instincts. And this time it did not take that long for him to disown the rogue, and to put public morality above political entitlement.

The rise of the intolerant cultural right was an inevitable outcome of Modi’s victory in 2014; inevitable because the aggrieved Hindu, steeped in the mythology of hurt, was waiting for a warrior king, the masculine nationalist who would make India Hindu again. Modi’s ambition was bigger than the collective delusion of unhinged political Hindus; he set his eyes on history, not mythology. While in power, he had at his disposal wares other than items collected from the ravaged site of civilisation—a preferred destination for desperate nationalists—to build his legacy. He chose the long-haul flight to the future in place of the chariots manufactured by the cottage industry of Hindu rashtra. He could afford that, he alone could, because he realised that extreme nationalist-religious exhibitionism—a leadership trait widely noticeable in half-made populist societies with a totalitarian past—would only stifle the larger ambition of a moderniser-nationalist. In his first term, words of caution came belatedly, or never did.

The new-found repudiation puts his own individual morality against the transgressive kitsch of the ‘liberated’ lumpen base of Hindutva. Forget for a while those who suffer from the incurable ‘Modi Derangement Syndrome’, which I would say is as acute as the Trump and Boris Johnson varieties, the Indian Prime Minister has perfected an individual aesthetic system in which merge the kinetic force of his self-belief, the dedication of an ascetic, the focus of a workaholic, and a sense of detachment even while at the height of power. Its market value remains undiminished, in spite of the unhinged Hindu fringe.

And it’s what balances his policies with the personal, and it’s something that cannot be attributed to, say, Trump, whose individual vulgarity overshadows his remarkable achievements in economy and foreign policy. And the liberals afflicted by the Trump Derangement Syndrome won’t deign to give any credit to his presidency; the personal aesthetics of the president is too repulsive to allow an appreciation of his policies. And in London now, most ridiculously perhaps, Boris Johnson, the frontrunner for the Conservative leadership, is being caricatured by members from his own tribe as a bumbling buffoon, and that is despite the fact that he ticks all the right boxes of class, education, professional and literary achievements. The Brahmins dislike Britain’s most popular politician because his personal attitudes and public demeanour make him a nonconformist. Modi’s India tells a different story. Or Modi tells a different story on the aesthetics of power.

Good taste in public life, which has less to do with the creases in starched khadi, redeems politics from the constituency of cultural rogues. In the words of one who practised it in a country that just recovered from the deep freeze of communism, “it is not true that a person of principle does not belong in politics; it’s enough for his principles to be leavened with patience, deliberation, a sense of proportion, and an understanding of others. It is not true that only the unfeeling cynic, the vain, the brash, and the vulgar can succeed in politics, but, in the end, decorum and good taste will always count for more.” For Václav Havel, like Gandhi before him, it meant ‘living in truth’. In an age when politics in stage-managed democracies veers towards the fantastical and the paranoid, the factual and the truthful don’t necessarily tell a story that sells. The storyteller deploys the magic of lies. It’s a vulgarian’s first resort.

The empowered vulgarian in India wields a bat and cries, in alliterating arrogance, “avedan, nivedan aur fir danadan”. Salute and then bash up. He belongs to a larger tribe that genuinely believe that they have been rearmed by a resurgent India, their India. That India, Modi has said in a few brave words, is far removed from his. He has earned his moral right to stress the power of aesthetics in politics.