A letter from London: Boris Johnson is the nearest Churchill Britain can get today 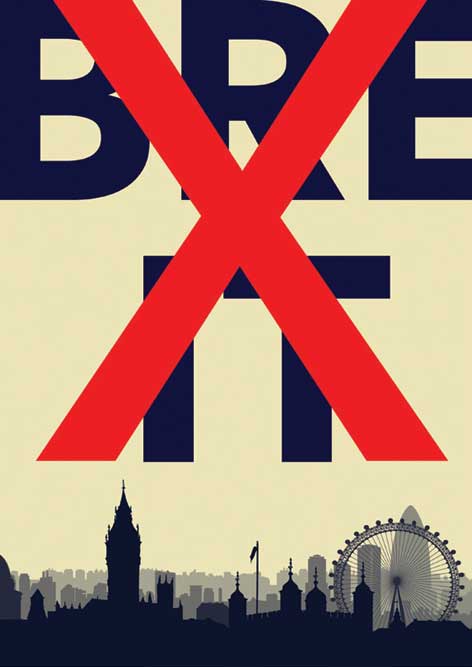 IN THE HOARY tradition of the Indian traveller, London in June, a drizzly prologue to the English summer, is a cliché. The Mayfair junkie is spared the placid charm of Englishness, which, when viewed from central London, is as distant as a Brexiteer’s nostalgia. The Oxford Street is Sarojini Nagar Market plus Selfridges, so let your bargain self linger there, undeterred by native snobbery. The sale is on, and Harrods is more impersonal—which is the ideal condition for the flaneur shopper—than, say, Liberty or Harvey Nichols. And this time, before the tennis sophisticates landed in Wimbledon, the World Cup cheerboys swarmed St John’s Wood. For the others such as the aficionados of the lost art of vaudeville, Westminster offers the show of a lifetime, reinforcing what the cynics have doubted since the referendum of 2016: democracy is a sham, and of all institutions, it is the parliament that reminds the people that it can only get worse; popular will does not matter, what matters is the competitive cannibalism of the Tories; and, be warned, the Disunited Soviet Kingdom is not a fantasy any longer.

So I decided to go north.

In York, first I listened to the ghost stories narrated by the desperate Graham in black robes. He was waiting for us at a haunted pub named the Punch Bowl. With his stories accentuated by glassy eyes and consonant-less accent, we were led to the spectral sentimentalism of another age, and above us, in the knowing solemnity that cathedrals exude everywhere, the York Minster loomed. The little girl still scratching on the closed windows, the watchman who sighted the Romans’ ghosts vanishing into the thick walls of the treasurer’s house, the gravedigger still paying for his sexual perversion, and not to speak of the invisible barmaid…every ghost story is followed by a moral sigh.

I could not resist the thought: Is Graham of Stonegate the abandoned Brexiteer living out his last fantasy? Yes is the answer if you have read enough Remainology in your London papers. Professional alarmists and globalists with contempt for upcountry bumpkins have told you with sanctimonious hyperbole that Brexit—forget the referendum, or let’s have a referendum on the referendum—is damnation. National destinies cannot be left to the fantasists who seek the last traces of imperial glory in the dark corners of castles and cathedrals. The lost empires subsist on ghost stories, which alone provide dramatic tension to the past. The future cannot be reduced to the spooky babble of Graham, or so assumes the enlightened Remainer of London, which, by the way, has become an island within a benighted island.

Maybe I should find a here-and-now Brexiteer, unsullied by nocturnal narratives of Stonegate, in the moors of North Yorkshire, and maybe—why not?—in a vintage steam train from Pickering to Whitby. The passengers, most of them accompanied by dogs, too, were of a certain vintage. Maybe heritage requires biological compatibility. I whispered to myself: is it another ghost trip, you Brexit voyeur? Isn’t nostalgia the opium of the Brexiteer, irredeemably lost in the last imperial memory? This England is Little, greater when you close your eyes, and its isolation is a shared pastoral. In the Remainer- written dystopia, the nativist idyll is a make-believe, a poor substitute for nationalist atrophy. In retrospect, it was wiser on my part to avoid the temptation to talk Brussels with the stationmaster in Goathland.

And back in London, the only B word nowadays you hear is not Brussels but Boris, taking you back to another summer two years ago, a time of freedom and betrayal. Boris Johnson, lazily dismissed by liberals and enlightened Remainers as Britain’s Trump, is still the country’s most popular politician, and at every step towards No 10, the clever Conservative who can’t resist a quip soaked in Latin is pulled down by the power of the caricature. He is the frontrunner in the Conservative leadership race after Theresa May’s inevitable meltdown. He was, two years ago as well, till knifed by his Leave mate Michael Gove. The then Brutus, also in the race, is derailed by the confession that he had taken cocaine on several occasions when he was a journalist years ago, an admission that resulted in an inspired column by his journalist wife in the Daily Mail. Brexit politics is more soap and froth than about the future of Britain—an “out” is no longer an “out” but a tentative, circumlocutory political position.

Last week, Britain commemorated the Normandy landings. That was another June in 1944. It was another Conservative in the vanguard then. Wartime Britain in Churchill had a leader who could argue with history in elegant polemic— and win. Boris Johnson hero worships Churchill and has even written a book on him. What is lost in London’s civil war for Tory leadership is the country’s original wish: Leave. Boris Johnson is the nearest Churchill the wartime Britain of the twenty-first century can get.