An Indian in the ocean of notions 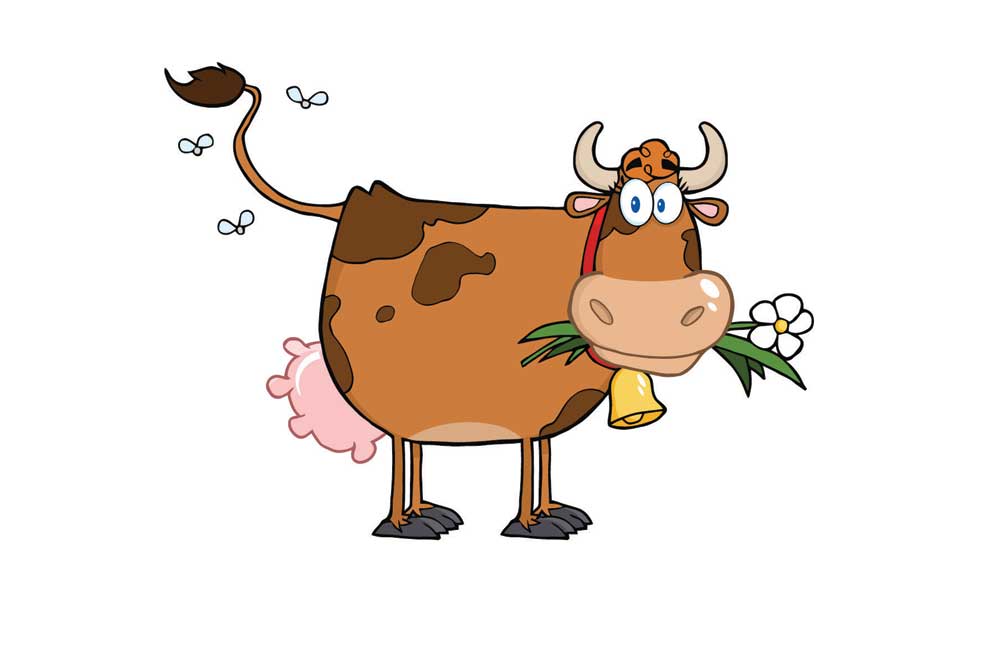 The historian Sunil Khilnani coined the phrase ‘the idea of India’—using it as the memorable title for his second book, published in 1999. On the prompting of the editor of this magazine, I offer you 70 Indian ideas, by which I mean, loosely, ideas that were either dreamt up in India, or which came into their own in the hands and minds of Indians. I use the word ‘idea’ loosely, too: Many of the things listed here might be seen better as traits or perceptions. In any case, all 70—the number represents our years of independence—are thoroughly Indian notions. They are offered as a jumble, in no particular order, for the idea of a jumble is the most Indian idea of all.

In no other country is there such an obsession with milk as the font of all goodness, as an almost spiritual food.

The most-overused and important word in India, used at the end of every sentence when addressing someone higher up in the food-chain.

Booze brings out the worst in Indians, who divide into two camps: those who can’t handle it, and those who want to ban it. 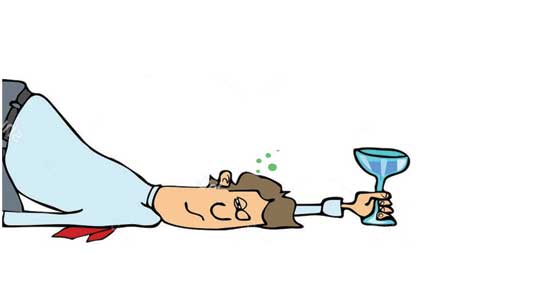 The Gramscian love-child of Indian academia’s affair with the Left. Forget the rajas; bring on the masses.

Delightfully out of sync with the rest of the world, India adores newspapers even as they die out elsewhere. 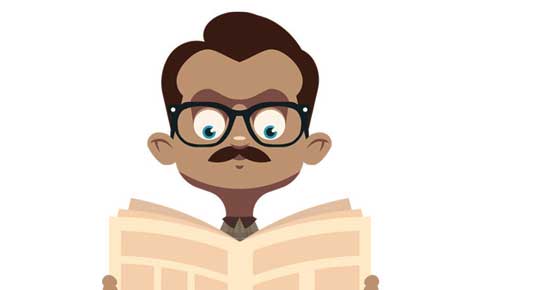 Proof that something can be aspirational as well as the lowest common denominator. Balle-balle needs no translation.

Forget legs, which ladies in India reveal at their peril. A woman’s midriff is our own idea of publicly bareable flesh.

Mr Goswami is both man and metaphor, standing for the coarseness of public discourse, sheer Indian din, and cacophonic self-righteousness. 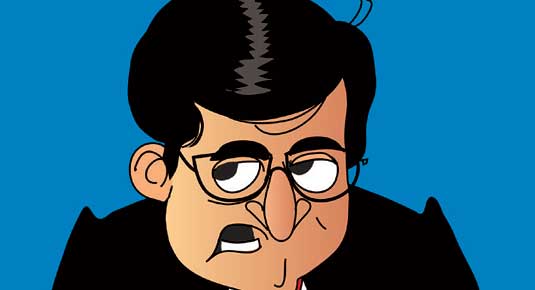 Neither European laicism, nor American separation from state, but an unwieldy embrace of all religions. Spelled ‘sickular’ by the hard Right.

No country watches its people abroad as closely as Indians do, with minor desi foreign achievements making vivid (even risible) headlines.

The notion that bowlers must bowl spin and little else is India’s perverse contribution to cricket. The pace is changing, but the turn lingers.

Most young urban north Indians speak neither English nor Hindi, but a grotesque hybrid language with Hindi verbs and English nouns.

A law that protects soldiers from prosecution for any violence committed while on duty. Great for rogue recruits, bad for Indian citizens. 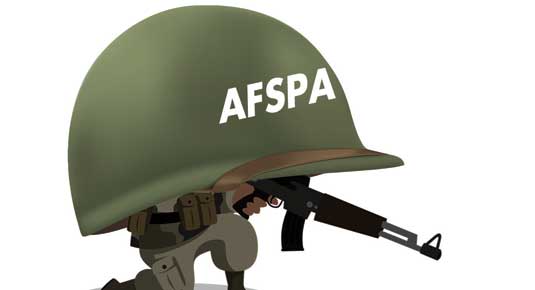 Not an empty boast in this era of terror: India’s Muslims have repeatedly rejected the lure of jihad. You can’t say the same for Belgium.

A Nehruvian nostrum that dominated foreign policy for decades. It’s now on the wane, with India’s welcome embrace of the US.

That ‘can do’ attitude, both positive and negative, that allows Indians to work around obstacles while also breeding mediocrity. 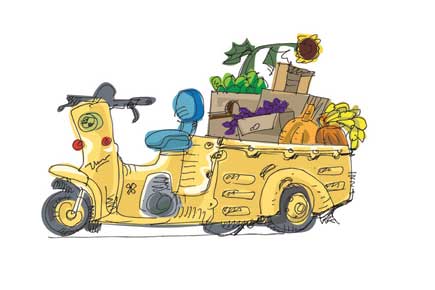 An instrument of egalitarian aspirations, it has changed what is moral in an ancient, often intolerant, civilisation.

In a land of famously fastidious eaters, you need a word for those who don’t eat meat but will ‘take eggs’ (as they say in Chennai). Voila!

Is there anywhere else in the world where a single brand of butter has such a priceless sense of humour, and is eaten in every home?

Elevating mere mortals to God-like status is an Indian art form. Cricketers, matinee idols, politicians, they’re all in the pantheon. 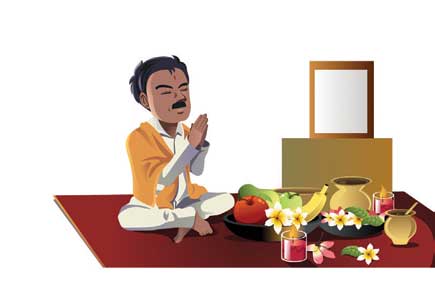 A male garment, and very elegant, too. But also a symbol of sartorial egalitarianism, besides being friendly to men with paunches. 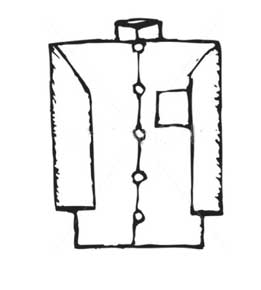 Resistant to the West in this sphere, at least, India has an alternative, dignified and incontrovertible notion of female elegance.

A language that came with colonial masters has gone fully native. Many speak it badly, and many well, but all Indians clamour to speak it. 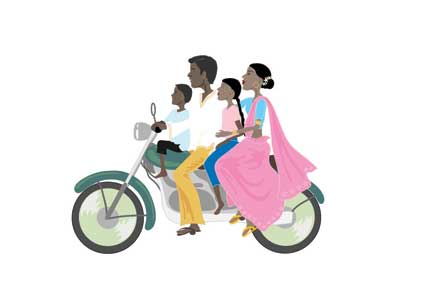 India gives the world a democratic, often enlightened counterbalance to the great, bellicose, paranoid power to the east.

One of the few salient respects in which modern India has not broken with its millennial past. The downside? No privacy at home!

Or ‘chhi-chhi’ in any number of Indian languages. Can’t eat this. Can’t touch that. Can’t touch her. Can’t drink that. India, the land of can’t.

A season of rain, but also an inspiration, an economic indicator, a time to rejoice, a period of poetry and, sometimes, tragedy. 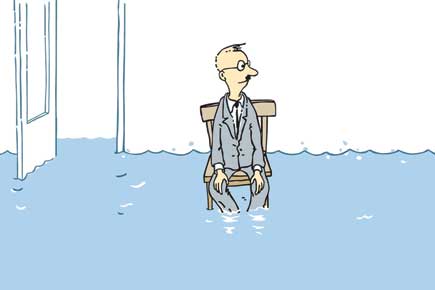 Aparajita is ‘Bulbul’, Amarendra is ‘Tinoo’, Patanjali is ‘Tunku’, and Sourav is ‘Maharaj’…

The bastard child of India’s obsession with respect and hierarchy, pronounced, appropriately, ‘psycho-fancy’ in the desi manner.

Where else will a shelf at a bookstore have multiple paperbacks teaching you how to apply for jobs, condole a death, woo a girl? 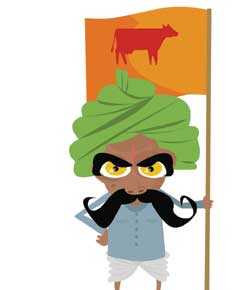 Not for restaurant tables or train seats, but for entire castes—at colleges, government jobs, teachers’ posts. Merit is a mute bystander.

A defining feature of the Indian state-citizen relationship is the ‘mai baap’ connection to ‘sarkar’.

…of everything that isn’t rosy. Poverty. Disease. A loss at sports. Corruption. Inefficiency. A low growth rate.

In no other country do so many do so much for so little reward, under job conditions that would be illegal anywhere in the West.

The US has its Kennedys, Argentina its Kirchners, but in India, every single political family is also a political dynasty.

A still-fashionable posture among India’s urban elite, even as they hanker after visas, Green Cards, and US colleges for their kids.

Indians are the first to cry racism when they travel abroad. But their treatment of Africans and northeastern fellow-citizens is shocking.

An age-old practice in a land teeming with humans and other fauna, one that other nations would do well to emulate.

In no other land does man treat his fellow man quite as callously as he does in India.

‘Likh ke le lo’, ‘take it in writing’. India reveres literacy, even as its institutions withhold it from so many.

A peculiar trait in a land with so much objective hopelessness, but its presence is undeniable. Economic reform has heightened India’s idealism.

A source of pride to some, a source of fear to many more, it sits uneasily with democracy, the Constitution, modernity, and secularism.

Another idea embedded in India’s alternate religion, Cricket: that it is a game played only by those who wield the willow. Bowlers are low-class. 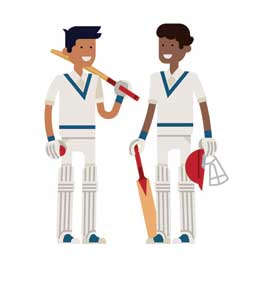 The reflexive honorific for anyone a few years older than you. A mode of address that keeps India civil. (It’s Sudha Aunty, not Aunty Sudha.)

India’s equivalent of Black Power in the US, the difference being that a lower-caste majority is emancipating itself from a high-caste minority.

The Indian Army is the country’s most beloved institution because (a) it beats Pakistan at war; and (b) it stays out of Indian politics.

India’s ‘atoot ang’ (unseverable limb) has a sweet constitutional deal. It’s also the only state where political protestors are shot.

The woven symbol of pre-independence self-sufficiency has morphed into an unwearable fabric sold only by government outlets.

Don’t have a ticket for the train you want? Worry not! Just clamber aboard the bogey you desire and ask passengers with tickets to ‘adjust’. 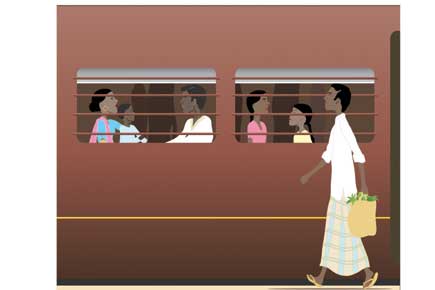 A crime, not an idea. But it is associated with modern India with such horrible intimacy that the country has cause to hang its head in shame.

Now that everyone does it the world over, India has woken up to its allure—and its propaganda value. Dude, there’s even a World Yoga Day. 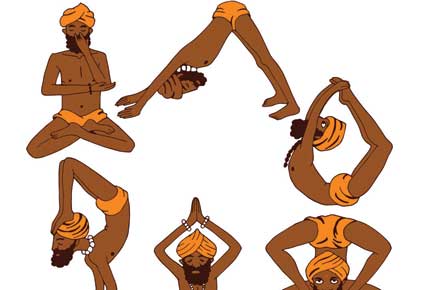 This is the rollicking, un-preachy anti-yoga, and India’s other great Soft Power export. (What’s ‘Tera kya hoga, Kaaliya’ in Swahili?)

Next time you fly, especially abroad, count the number of able-bodied Indians you see in wheelchairs. Desi ingenuity. 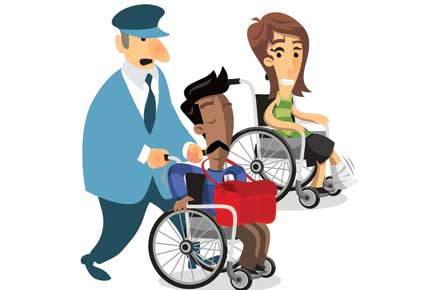 The indestructible hero who can do no wrong is embedded in Indian mythology. Our Tamil ‘selvan’ takes that notion to the next level.

Even after reforms in the private sector, we revere a government job. You’re paid to do little, forever. Nice work if you can get it.

India has many ‘communities’, every one with a sensitivity. Offend one and your book is banned, your movie censored. Mind it!

Okay, it was invented in America by that chap who’s Modi’s buddy. But nobody spends more time on it than an Indian mother or grandma.

A beautiful game, poetry on grass. And then those dastardly Westerners took away the grass. But we still dribble like Dhyan Chand.

The finest in the world, and, by God, we’ll eat it wherever we are, even if it kills us. (“Ma, did you pack the achaar?”) 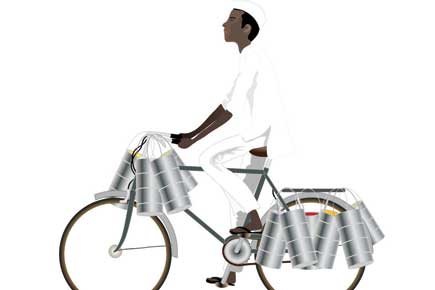 How many countries do you know that have not one, but two, horrible neighbours? India is a paradigm of poise, pacific to a fault.

Crude leftists call them ‘cyber coolies’, but India’s call centres were the engine-room of an economic revolution. “Hello, I’m Ethan.” 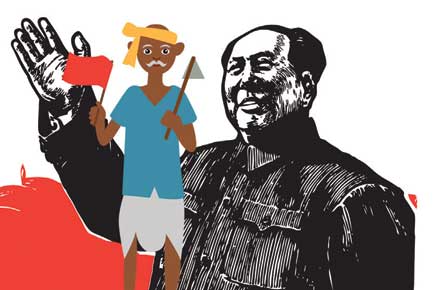 Nothing anywhere, at any time, in any form, has not already been invented in India—about 4,000 years ago. 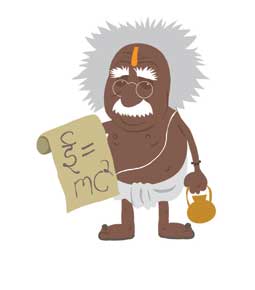 The UN Security Council. The Nuclear Suppliers Group. Winning a Test series in Australia. We’ll get there. Some day. Jai Hind.