In the Elizabethan code of leadership, unspoken words and unshown emotions could move a people 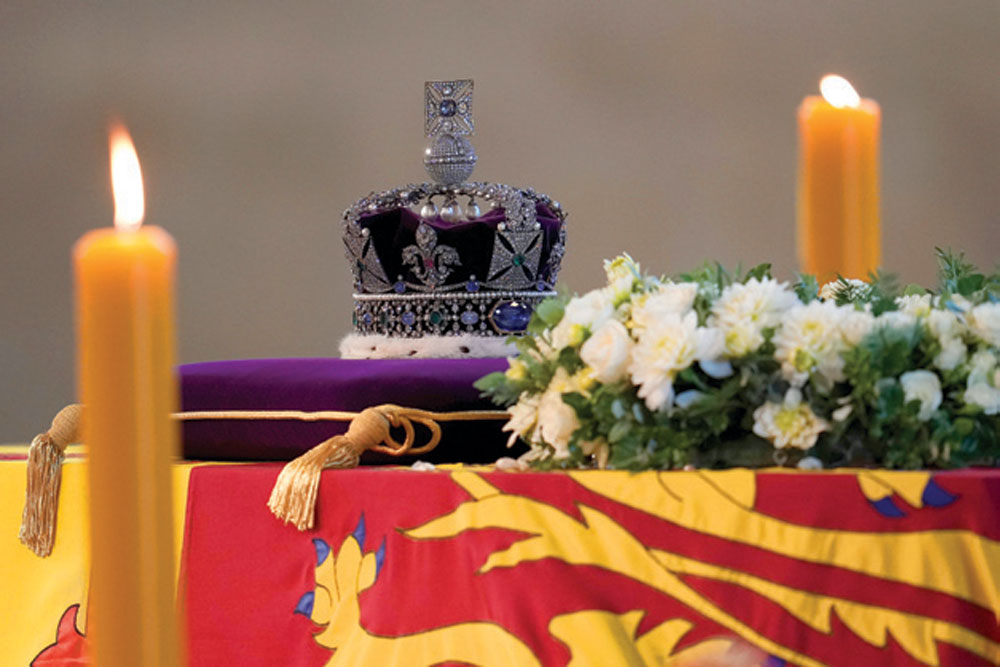 
IN THE NEWLY CONSECRATED Elizabethan Cult, the Queen, for so long the only fairy-tale in a broken reality, is Our Lady of Authenticity. In the profusion of eulogies, there won’t be anyone like her, the presence that exudes stability and grace. Her subjects saw in her inscrutability the cultivated sensibility of a monarch who took in all and revealed tantalisingly little. She was unsentimental when emotions swept aside the last vestiges of English stoicism; when the four nations of her kingdom showed varying instincts of independence—ranging from Brexit to Scottish separatism to stirrings of rebellion in the Wales and Northern Ireland—she, by sheer force of inaction and passive authority, remained a monument to continuity, as granite as Stonehenge. Calm Britannia carried on without interruptions, as the world around her swirled.

In the swirl, the imperial memory she personified with elegant restraint itself was on trial. She died at a time when the imperial temptations of a leader maddened by the intimations of eternity have made Ukraine the site of the first fullscale land invasion after World War II. She lived and reigned long enough to watch the trajectory of ideologies and authoritarianism, of how the forces of liberation ended up as national terror; and she saw them all, leaders who reached out for a big slice of history, their triumphs and failures, and leaders who wasted what history presented. She was the witness without the benefit of providing an epitaph.
She was an anachronism made acceptable by popular affection, for, even the republicans were indulgent towards this monarch. The empire is under the scrutiny of history, still, and the judgment is coloured by the political and ideological expediencies of the present. In the telling of pop nationalism, in which the rigour of scholarship is replaced by Wikipedia-aided rhetoric, the empire is evil without shades: an instrument of plunder, and nothing more. In the telling of imperialists, their Churchillian nostalgia incompatible with the sentiments of the 21st century progressives, the empire is civilisational nobility: the original nation-builder.
Absolute portraits of the past, in retrospect, turn history into a useful dispute for the present. The Raj as an argument is made of many certainties about good and evil, excluding the interplay of colonial greed and responsibilities of governance. When we see the living vestiges of colonial India in our institutions of civil society, in our cultural confidence and our infrastructural foundations, we realise how the British Empire was different from the imperial projects of this century, most notably America in Iraq and Afghanistan. The validity of the Raj loot story doesn’t necessarily invalidate the story of the responsible Empire. The Elizabethan cult was the last imperial mystique. Maybe it was a deeper awareness of her irrelevance as a beloved relic that let the mystique endure.

And it made her presence the only enduring power in the redundant kingdom—and in the Family that is pure theatre with never-ending curtain calls. Britain’s political and economic diminishment is no longer a story that surprises. It is as anodyne as its prime minister. Conservatism’s true home is today a stage for competing pastiches of an ideology; and its apostles have already proved to be not worthy of the social urge for change, like the spirit of Brexit. In the kingdom of despair, one individual was the lone institution of stability and Britain took it for granted.

The Queen’s exceptionalism stood out even as the family she headed lost its residual ornamental value. King Charles may turn out to be a good king, but Prince Charles’ last appearance was in a cash-for-access scandal. When the tabloidization of the palace was complete with victim-savvy brides and disgraced princes, the Queen was the sublimity that soared above the stain.

Maybe it was all about the Elizabethan code of leadership in which the personal submerges in the institutional. In the supremacy of the image, the individual was invisible. She was always picture-perfect, a lost kingdom’s necessary distraction. In life, she was the power of being just there. What she said didn’t matter because she hardly said anything of consequence in public. For her restraint was duty. She didn’t have an opinion; she did have an attitude. They didn’t want to listen to her; they wanted to read her thoughts. They just wanted to look at her. In the Elizabethan code of leadership, the unspoken word and the unshown emotion could move a people.
Mourning in Britain has become a minutely choreographed spectacle of national grief, worthy of the sovereign who served the longest—and it reveals, unintentionally perhaps, the power of absence. Ultimately, that is the measure of Queen Elizabeth’s leadership: the mere thought that she was there all along, nonintrusive but all pervasive, literally sensational.