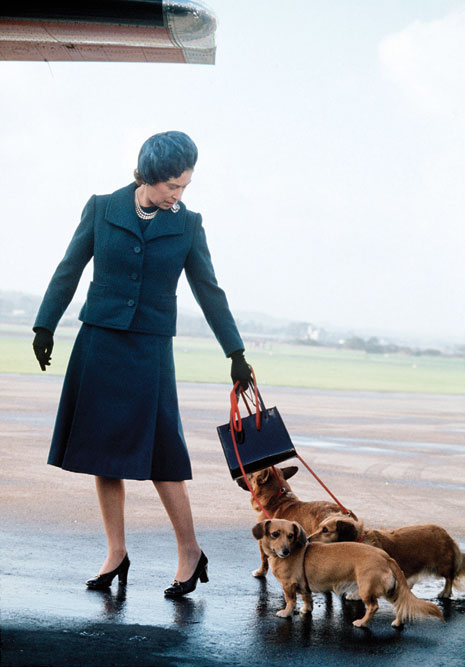 
ON TUESDAY, SEPTEMBER 6, Her Majesty Queen Elizabeth II appointed her fifteenth prime minister. When it was announced on September 8 that she was placed under medical supervision, it was clear that this was an extremely serious matter. BBC newsreaders were dressed in black and the mood was sombre. At 18.30 hours (11PM IST) the news was interrupted, the screen went black. The newsreader announced she was dead and Britain’s national anthem was played.

Although it was a moment of grief, her passing on was not unexpected given the Queen’s age. I had arranged a get-together with friends for Onam celebrations and thought about King Mahabali who was allowed to return to his kingdom every year. One friend sharing the Keralan feast works high up in our government civil service. He arrived a wee bit late, saying the day had been perhaps the most difficult of his entire career.

The Queen came to the throne 70 years ago as the British Empire had already begun to dissolve, five years after Indian Independence. She was the Queen of Pakistan (including what is now Bangladesh) until 1956, but never the Queen of India. The day she died, Prime Minister Narendra Modi unveiled a statue of Netaji Subhas Chandra Bose at India Gate where her grandfather, King George V, the Emperor of India, had stood until the 1960s.

The Queen was our head of state all my life. The idea of a hereditary monarchy seems absurd and, although I am no expert on the constitution and the role of the monarchy, like

so many British institutions, it works far better than it should.

Like India, we have a prime minister wielding power and a head of state who has no power but commands authority.

The Queen was also the Supreme Governor of the Church of England and upheld the Church of Scotland. The Church, like many others, has had to deal with the problems of the past and adapt to a changing world while keeping its core beliefs and traditions. There were prayers for the late Queen not only in Anglican churches but also in other places of worship, including the Catholic Church from which the British monarchy broke away under Henry VIII. Although the Queen’s great-grandfather, Edward VII, was the first British monarch to meet the Pope, the Queen was the first monarch to make a state visit. It is now 40 years since the first visit by a Pope to the UK.

There were regular prayers in synagogues for the Royal Family while tributes were also paid by the Muslim Council of Britain. The Queen was the first British monarch to visit a mosque in the UK, 20 years ago. Sikh and Hindu organisations paid tribute and the Hindu Council UK announced it will be holding special meetings and prayers.

The Queen was head of the armed forces and she was the first female member of the Royal Family to serve in the forces during World War II. Princess Elizabeth was Second Subaltern Elizabeth Windsor, a mechanic and military truck driver in the Auxiliary Territorial Service. Most of the Royal Family continues this tradition of active service.


When Vladimir Putin was 14 minutes late for his visit to Buckingham Palace in 2003, home secretary David Blunkett’s guide dog sadie barked at him. The Queen said, ‘dogs have interesting instincts, don’t they?’

The Queen was very much what we call a countrywoman, someone who prefers being in outdoors in our rural areas rather than in the city. The Queen was proud of her Highland cattle on her estates in Balmoral, even knowing them by name (Smurf being her favourite). She was a leading breeder and the owner of racehorses as well as a keen rider. She was pictured on her last birthday with two of her Fell ponies. The Queen’s corgis were often seen with her, most of them descended from one called Susan she was given by her father for her eighteenth birthday (Diana, Princess of Wales, once said the Queen was surrounded by a “moving carpet” of dogs). Visitors had to deal with the canines, and tales are abound of her guests eating dog biscuits by mistake. My favourite story is when she met the famous Welsh trauma surgeon, David Nott, whose mother had recently died. Realising his distress, they spent the time together feeding the dogs biscuits and chatting about them, then saying, “ There. That’s so much better than talking, isn’t it?” When Vladimir Putin was 14 minutes late for his visit to Buckingham Palace in 2003, Home Secretary David Blunkett’s guide dog Sadie barked at him. The Queen said, “Dogs have interesting instincts, don’t they?”

throne at a difficult time for the country whose union is weak.

I hope he will be what Kautilya calls, in the Arthashastra, a Rajarshi who brings about the welfare of his people.

Royalty is not celebrity although it shares many aspects of celebrity culture. While the latter makes us think about what it is to be human and about how we relate to one another in our society, the Royal Family is discussed in the wider context of the meaning of family, love, and duty in relation to our history, politics and ethics and, indeed, what it means to be British today.

For royalty to succeed it must have charisma. There are two main types of charisma, hereditary and achieved. Although the individual is important, popular opinion is that the Queen had it but other members of her family don’t. However, the original interest in the Royal Family is because it has a lineage of over a thousand years. Hereditary charisma may be seen to be anti-modern but it remains a feature of many dynasties today, whether in politics, entertainment or elsewhere.

The interest in gossip about the Royal Family often descends into prurience and its dangers were evident in the life and death or the former Princess of Wales. Even today many viewers in Britain and the wider world take television series such as The Crown on Netflix to tell historical truth.

Family quarrels are at the centre of many narratives, from the Mahabharata and the Ramayana to Shakespeare. There are early signs of reconciliation in the Royal Family and it is not insignificant that these are discussed widely as they raise many key concerns in society today.

Everything changes given time and the issues that concerned the then Prince of Wales which were once seen as cranky—climate change and the environment—are central issues and organic food has become normalised. As Prince of Wales, Charles gave the opening speech at the UN Climate Change Conference (COP26) in Glasgow last year, and this might be a fitting role for him to pursue.

One area that is likely to concern the King is the role of the monarch in the contemporary world. Many terrible things happened during the span of the British Empire when his family members were heads of state (although not political figures). Great statesmen acted swiftly. Mahatma Gandhi gave the Queen a piece of khadi he spun for her wedding which took place only three months after the Independence of India. Jawaharlal Nehru, who spent nine years in prison for his part in the nationalist movement, received the Queen in India in 1961. Moreover, some of the greatest figures who played active roles in the struggle for decolonisation and opposing racism, such as Nelson Mandela and the Obamas, recognised the Queen as a great statesman within the limitations of her position.

Among the many and ongoing tributes to the Queen, the gracious behaviour of French President Emmanuel Macron has been exemplary. Head of a republic, recently snubbed by our prime minister during her leadership campaign, he nevertheless placed our Union Flag outside Paris’ Élysée Palace, and tweeted “To you, she was your Queen. To us, she was The Queen.”

It is also a time to think about the meaning of death. One text that I find difficult to understand but which always rewards reading is the Kathopanishad which is well over 2,000 years old. It is one of the world’s greatest explorations of the nature of death and of the soul. The boy, Nachiketa, talks to Yama, the God of Death, about the nature of the soul (atma) and liberation (moksha). Even Yama says his questions are difficult.

There are many difficult questions facing the UK today. As a nation grieves, it is time for contemplation.