A Tale of Two Temples

Sabarimala and Ayodhya: from the fluidity of Hinduism to the certainties of social engineering 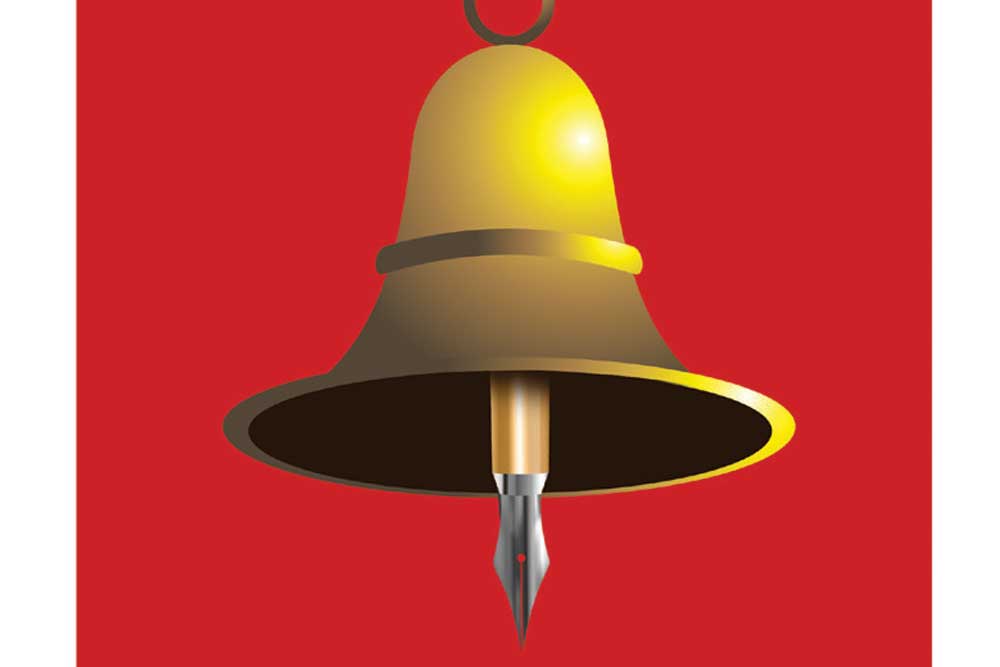 THERE ARE PEOPLE who believe that ‘blind faith’ is not an oxymoron. Maybe ‘reasonably’ so. That’s faith. And there are the faithful who believe that faith is compatible with reason. Religion, though, demands the blissfulness of being blind. Certainly, the Book demands it. The Book teaches submission, a suspension of reason for the sake of God. Perhaps it’s the custodians of the Book who make submission a prerequisite for the reign of God. The big irony is that the Book is a user’s manual only when it’s misread by its custodians, the scripture cops. If you are not blind, the Book is an anthology of metaphorical stories. Literature is indebted to the Book. And some writers who tapped into the stories have suffered for daring. The stories persist. That’s the beauty of the Book, in spite of its bad readers. Stories make religion intimate, and they become an unofficial manifesto of social cohesion. Keep the custodians away and the stories reduce differences among disparate people. Stories form a private bond stronger than nationalist affinities. Even as religion, as misread by the scripture cops, stifles, stories liberate—and unite.

It’s the abiding morality of the stories that make what we call Christendom an enduring political entity. It doesn’t sound offensive, intrusive, or an idea in conflict with modernity any longer, because it has overcome the past, and it doesn’t look back with a sense of dread, or guilt. It has evolved, and remained true to the Book without being entrapped by it. Its power is political, cultural and moral—and religious in the most subliminal sense. It is another religion of the Book that still needs militant evangelism to realise what—ah again—the scripture cops say is prewritten by God. It desperately needs enemies of the Book—blasphemers, heretics, and other sundrydefilers of the one and only Word—to make the Kingdom of God on earth, never as good as the one above, a political urgency. It’s worth the war. It’s worth the severed head of the symbolic enemy. It still abhors laughter and second thoughts. It is a theology of faith as a political pursuit, violent and expansionist. Its cruelties won’t go away, and its kingdom won’t come either.

That is why religion as an anthology of stories is not always a good read. Every page in the Book is prone to be weaponised by God’s soldiers.

Hinduism is not constrained by the Book. It doesn’t have one. What it does have is stories, plenty of them. Its freedom, the fluidity of its mind, comes from many things: the absence of a measurable past; the diversity of texts whose copyright doesn’t belong to a singular official authority; the freedom of elasticity; and the enchantment of having so many interesting gods with human frailties. Stretching from the highbrow of the Vedic to the action drama of the mythological, it is too vast and diffused to be contained in a book. It’s this expansiveness, this shapelessness, that makes Hinduism a religion of a million traditions. To see it as a cultural heritage, as a civilisational identity, is not necessarily a political position. It’s an acknowledgement of how the cultural memory of Hinduism is older than our historical memory. It becomes a political statement when nationalism co-opts it as an adjective, and when stories make way for slogans.

Stories and slogans are at play at two temples that have become politically volatile. In Ayodhya, it is an absence that fills the aggrieved mind of the political Hindu. Cultural vandalism is a powerful memory—also a slogan of mobilisation. It worked once, when Hindu nationalism used it as a symbol of an unresolved civilisational dispute. It was a historic moment with a mythological resonance when Hindu nationalism occupied the vacant space of the Right in Indian politics. The Right has had a pronounced cultural edge, but with an inhibitive economic agenda. Under Narendra Modi, it has outlived the temple. It is not subordinated to an adjective. In the last General Election, ‘temple’ was not the word Modi used most to sell his stories. He didn’t return to the archival site; he conversed with the future. A god in Ayodhya today demands vindication, and, so far, the Supreme Court has not categorised it as a purely religious matter but as structural dispute over land and legacy. The political future of Ayodhya is bleak.

The other temple, Sabarimala in Kerala, has gone from the religious to the political because the Court too has changed. It has become a social engineer—and the arbiter of attitudes shaped by little traditions. Social engineers are not reformers; they are codifiers of certified behaviour and slayers of wayward emotions. They set the order as prescribed by the wisdom of social as well as ideological jargon. They are averse to the stories of religion, which defy the linear narrative of reason. That’s what stories do. In Sabarimala, the pilgrim is a reminder that stories, or traditions, are not a rejoinder to modernity. Look who has turned the story into a divisive essay on social justice. The Hindu way of story- telling remains incomprehensible to the reformer as well as the sloganeer.

A Crisis of Faith: The Wages of Selective Secularism
Sabarimala: Among the Believers
Sabarimala: A Trek Too Far
Lekshmy Rajeev: ‘Local religious rituals were crushed by Brahmins in Sabarimala’