The Bane of Belated Justice

Efficient dispute resolution is an integral component of good governance 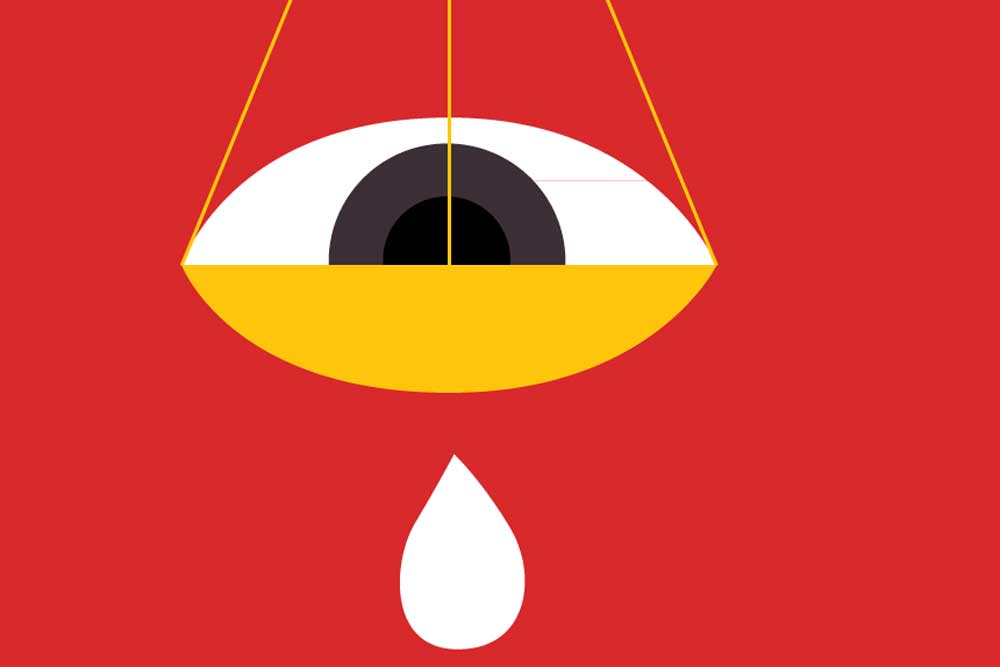 AT THE MOMENT, I am harping on the broad theme of law and order. How can one get away from justice delivery, tangentially touched upon when I mentioned police reforms (see ‘Police Story’ and ‘Police Story 2’, Open, March 12th, and March 26th, 2018)? Let me begin with two anecdotes. I have written and spoken about them elsewhere, but not every reader may be familiar with these two cases. First, there is the famous Lal Bihari, from Azamgarh district of Uttar Pradesh. He was a farmer cum teacher in a government school and possessed an ancestral plot of land in Khalilabad. His maternal uncle coveted this piece of land and bribed the tehsildar to declare Lal Bihari dead. When Lal Bihari applied for a bank loan in 1975, offering the land as collateral, he discovered he no longer possessed the land and was no longer alive. Thereafter, he fought a forlorn battle to establish he was alive. He stood for an election against the then Prime Minister. He made his wife apply for a widow’s pension. He threw stones at police stations, so that the cops would arrest him. To no avail—he remained dead. Lal Bihari then did some research and discovered there were other such dead men walking around the state. To synergise their collective efforts, he took the initiative to form the Mritak Sangh, Association of the (Living) Dead, and christened himself Lal Bihari Mritak. Eventually, he was declared alive in 1994. In 2003, Lal Bihari was awarded the IgNobel Prize for peace, an award given to people who engage in strange pursuits. He wasn’t granted a visa to receive the award. A friend received it on his behalf. Lal Bihari is now alive. But there are other members of Mritak Sangh (around 20,000) who are still dead. And these are from UP. There are other potential members of Mritak Sangh in other Indian states, Punjab being a prime candidate.

The second incident concerns the Thorat family and Hanumantha Reddy. It started in 1205 CE, when a mahajar or sanand was issued, granting manpan rights to the Patloji Thorat family in Hingangaon village in Haveli taluka of Pune. These rights determined who could preside at public and religious functions and have precedence. The Thorat family split up and the dispute was over which branch of the family would henceforth possess these rights. The case was eventually decided on April 28th, 1966. It was a remarkably long period, and the next day, a newspaper carried a headline proclaiming that a suit had been won after 761 years. It got into the Guinness Book of World Records. ‘The longest contested law suit ever recorded ended in Pune, India, on April 28, 1966, when Balasaheb Patloji Thorat received a favourable judgement on a suit filed by his ancestor Maloji Thorat 761 years ago in 1205.’ But the report and the entry were both wrong. The civil suit was filed on April 8th, 1964. Hence, the case took just over two years. In the course of the obiter dicta, the judge JE Sanjana remarked, ‘This decision hereby ends a dispute between the parties, the seeds of which were sown as far back as 750 years and over.’ This is considerably different from saying the case lasted 761 years. Hanumantha Reddy (from Hyderabad) dug up the Pune court records and proved the Guinness entry wrong. What was his interest in the matter? He’d worked for the government and was superseded. Therefore, he fought a case against the government from April 12th, 1945, to January 20th, 1990, a case that lasted for almost 45 years. He won in 1990, after retirement, with retrospective benefits. In all probability, he now holds the dubious record, though Guinness no longer has such an entry.

These two instances may bring a smile to your lips. But they are tinged with tragedy. Gypsies are believed to have originated in India and there is a gypsy curse: ‘May you have a law suit in which you are in the right.’ Think of a postman named Umakant Sharma, from a post office in Harjinder Nagar in Kanpur. As is the wont of post offices, he was given Rs 697.60 (in cash) as money order disbursements. Having distributed Rs 300, he said he had returned Rs 397.60 to the post office. But a discrepancy of Rs 57.60 was noticed, or claimed by his superiors, and a FIR was promptly lodged against him. He was suspended in 1984 and it took him 29 years before a court decided in 2013 (three years after his retirement) that he wasn’t guilty. These examples are of decided cases. There are criminal cases pending for more than three decades. In Doshipura, Varanasi, a dispute between Shia and Sunni Muslims over two acres of land has been going on since 1878. It has still not been decided.

How many cases are pending in India? Around 32 million and this is a figure only from the court system. If one adds quasi-judicial forums such as tribunals, the number will be a little higher. How many households are there in India? Around 250 million. A former Chief Justice of India once told me the following. Let’s say there are 35 million cases. With two parties to a dispute, at least for civil cases, this means 70 million households involved in litigation— 28 per cent of the country’s total.

I have the odd distinction of being cited in a Patna High Court judgment. You will find it in State of Bihar and others versus Ratan Kumar Singh, decided on July 13th, 2011. ‘This has to be read in the background of the observations of Bibek Debroy in his book entitled “In the Dock: Absurdities of Indian Law”, that the pending litigations in this country without any addition thereto, will take 324 years for disposal. These observations were made two decades ago, and the situation has further deteriorated. A learned Judge of the Andhra Pradesh High Court has recently observed that it will now take 350 years or so to dispose of the pending cases.’ This is over-simplification and dramatisation. But appreciate what this back-of-the-envelope number means. With absolutely no new cases, it will take us 324-350 years to clear the present backlog. At one end, there is the film Damini and Sunny Deol’s ‘tareekh pe tareekh’ dialogue. At the other end, there is the film, Jolly LLB 2 and the judge’s remark that citizens still approach courts in hope of justice. A former Chief Justice of India (not the one I mentioned earlier) once said, “Justice hurried is justice buried.” But there is also the legal maxim, ‘Justice delayed is justice denied.’

A lot of recent interest has focused on the World Bank’s ‘Doing Business Indicators’. That’s based on ten parameters, two of which are on enforcing contracts and resolving insolvency. Compared to some of the other eight, India doesn’t do that well on either, especially on enforcing contracts. For instance, India’s overall rank is 100th of 190 countries (in 2018), but in enforcing contracts, India’s rank is 164th. This is, of course, a small slice of the justice delay problem, but it is symptomatic. The World Bank also has a separate set of Worldwide Governance Indicators. That has six heads and one of these is called rule of law. Again, you will find India doesn’t do that well on rule of law and between 2006 and 2016, India’s rank on this has deteriorated, compared to improvements under other heads. Don’t get me wrong. This isn’t about the World Bank or its methodology. Even if there had been no such cross-country comparisons, India needs efficient dispute resolution. That’s an integral component of good governance. Without efficient dispute resolution, the legal system isn’t credible. Indeed, it isn’t about post-1991 reforms either. Even if those economic reforms hadn’t occurred, justice delivery needed to improve. Those economic reforms are just an additional trigger. A former judge once told me that everyone who should be in jail is out of jail, and everyone who is in jail should be out of jail. Yet another dramatisation with a grain of truth.

‘Unless a court can start with a reasonably clean slate, improvement of methods is likely to merely tantalize. The existence of a mass of arrears takes the heart out of a presiding officer. He can hardly be expected to take a strong interest in preliminaries, when he knows that the hearing of the evidence and the decision will not be by him but by his successor after his transfer. So long as such arrears exist, there is a temptation to which many presiding officers succumb, to hold hack the heavier contested suits and devote attention to the lighter ones.’ This is an apt description, but you may not know where the quote is from. It is from a committee set up to examine judicial delays. The year was 1924 (the report was submitted in 1925) and the chairman of the Committee was Justice Rankin of the Calcutta High Court.