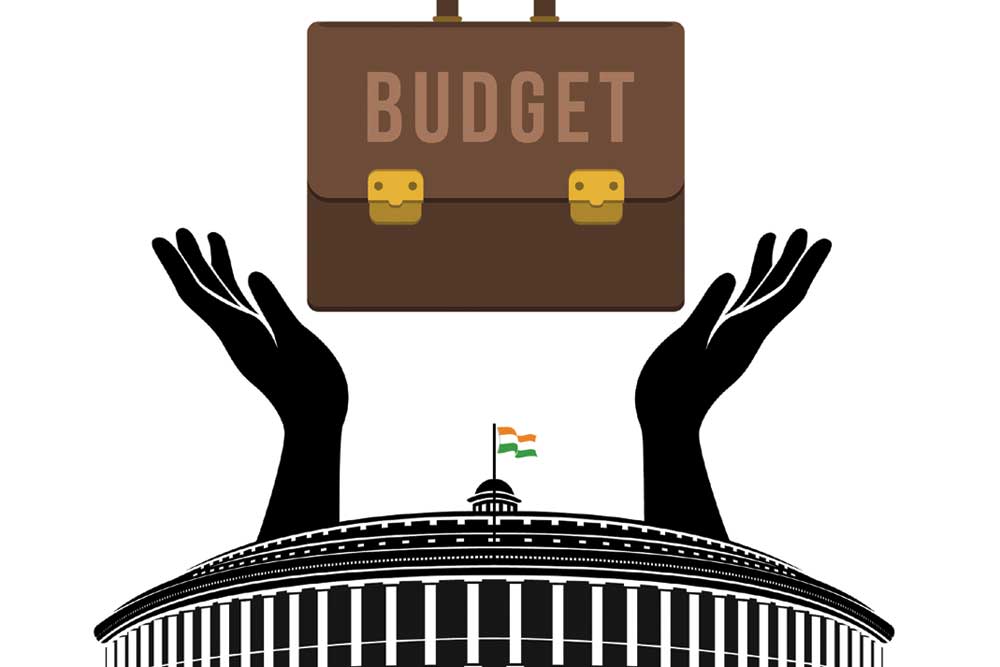 WE ARE HEADING towards the Union Budget for 2019-20. Therefore, this column ought to be about the Budget. Since the mid-1990s, I have observed the Budget with different hats on my head: as an economic adviser in the Finance Ministry, providing inputs for the Budget- making process and subsequently defending the Budget in the media; as a representative of a chamber of commerce, submitting demands in the North Block prior to the Budget and reading the fine print of the Finance Bill thereafter; as a contributing/consulting editor in the print media, writing edits and columns on Budget expectations and vivisecting the Budget once it has been presented; as an expert economist on TV panels, providing instant reactions on Budget day; as a citizen, with standard expectations and disappointments; and finally, as a member of the NITI Aayog and now as the chairman of the Economic Advisory Council to the Prime Minister, providing inputs and defending the Budget in a less direct way than in the North Block proper. This is quite a diverse range of hats. Add to that experience with the Railway Budget (now gone) and Economic Survey. Let’s get one myth out of the way first. There is little correlation between what the Economic Survey proposes and what the Union Budget disposes. I suspect most people no longer believe in the myth of that correlation. But there are some who still think the wish list of reforms in the Economic Survey is an indication of what will be pushed in the Budget. As a general principle, this is simply not true, though there has been the odd year.

Second, the Union Budget is an annual statement of the Union Government’s receipts and expenditure—no more and no less. Thanks to the 1991 Budget that ushered in reforms, several people seem to think there must be elements of Big Bang in every Union Budget. There is a Constitution and there is a Seventh Schedule. There are items in the Union List, those in the State List and those in the Concurrent List. Let’s take land as an example. Since mid-1990s, I have attended Budget meetings, on both sides of the table, where those who want reforms have tried to persuade the Government, typically represented by the finance minister (sometimes the prime minister), to reform land laws. Do not misunderstand. I do think laws on land need to be reformed, though one should discuss the nuances of what one means by land laws. But land is a state subject. Even if one accepts the argument that the Union Government should do something about this, such as to incentivise states to undertake such reforms, should they be attempted through the Budget? This is a broader point about ‘big bang’. The Union Budget is only one of many the policy instruments the Union Government possesses and the Budget Day is only one day of 365 (or 366). The Union Government doesn’t cease to function on other days of the year. Why does one create such great hype about the Union Budget? Most reforms are not big-bang, but steady-state. If big-bang announcements are made in the Budget speech, on the Budget Day, everyone will give the Budget a nine on 10. However, nothing may happen to the reforms thereafter and precious little has been achieved. Later, were there to be ratings, the Budget would be rated a one on 10. As finance minister, Yashwant Sinha promised an Industrial Relations Bill in the Budget for 2001-02. On the Budget Day, he was applauded as a great reformer. Where did that Bill vanish thereafter? (Labour is in the Concurrent List.) Even if the Union Government wishes to push reforms, irrespective of how these are defined, I think the Budget should under- promise and over-deliver. Let those reforms occur on the other days of the year. At best, the Union Budget can, and should, set out the Government’s economic narrative and explain how the Union Budget, one instrument out of many, fits into the jigsaw of what the Government is attempting to do. Do realise, when we react to Budgets, we often react to the Budget speech proper, not to the fine print of the Budget. Relatively good Budgets have been hamstrung by bad speeches and apparently wonderful speeches have had bad Budgets to back them up.

Third, if you accept my proposition that a Budget should stick to its knitting, what is its knitting? It is the annual statement of receipts and expenditure. Consider receipts first. These can be tax or non-tax. Tax revenue can be on the direct or indirect side. We can discuss the present structure of the goods and services tax (GST), and all items are not part of the GST yet. However, for items that are part of the GST, the right to decide rates vests with the GST Council. While the finance minister and Finance Ministry have a major role to play in the GST Council, the GST rates and inclusion of more items within the GST framework are decisions to be taken by the GST Council. Therefore, barring some tinkering with items that are not part of the GST, the Union Budget shouldn’t be expected to introduce any major changes in indirect tax rates, notwithstanding whatever expectations we may have from the Union Budget. When it comes to direct tax rates, some tinkering with threshold levels is always possible. But beyond that, on slabs and rates, there is a task force that is examining direct taxes and it will also go into the question of phasing out exemptions. As far as I know, that task force’s report is not yet ready. Any substantial change in tax rates is contingent on phasing out of exemptions and one has to wait for the task force’s report. Notice also that before the elections, we had a Budget for 2019-20, on February 1st, 2019. People have referred to it as an Interim Budget or Vote on Account. To the extent I understand the law, it was neither. A Vote on Account occurs when elections have been announced and elections had not been announced on February 1st. Nor was the February 1st Budget an interim one. When there are elections and there is a new Government, the new Government has the right to have its own Budget and the old Budget then becomes an Interim Budget, but only post facto. In this case, while this is technically a new Government, after the elections, it is the same party which has formed the Government, with the same Prime Minister. Therefore, the Budget on July 5th cannot have any radical departures from what was announced on February 1st. Our tax expectations for July 5th need to reflect these doses of realism. Non-tax revenue primarily means disinvestment/ privatisation. There is not much to add on this, beyond the fact that the Budget has a set of numbers on proceeds from disinvestment/privatisation, but the implementation of this happens outside the Budget.

Fourth, we are left with expenditure. Everyone wants the Union Government to spend on a wide variety of items, regardless of where these items are in the Seventh Schedule. Health is an example of this, squarely in the State List. If the 14th Finance Commission gave states 42 per cent of tax proceeds as untied devolution, the intention was that states should use this money to spend on items that are in the State List. (Why isn’t there an equivalent amount of hype about state Budgets? Social sectors are largely state subjects.) There are limits to what the Union Government can spend on health. Should it not spend on defence, railways and national highways, squarely in the Union List? What the Union Government should spend on is a broader debate. The limited point I wish to make is that unless fiscal consolidation and deficit reduction are junked as goals, there is a limit to how much the Union Government can spend. Till March 31st, 2020, we have the 14th Finance Commission recommendations. Till March 31st, 2020, we have the basket of Centrally sponsored schemes. We have GST-related revenue compensation to states. Wages/salaries and pensions of the Union Government employees are cast in stone. So are interest payments. Yes, the Union Budget has to plan for what happens from April 1st, 2020, with recommendations of the 15th Finance Commission and the new basket of Centrally sponsored schemes, neither of which is known today. Whatever is said about either is part of the broader economic narrative I mentioned. Yes, there are things that can be done about subsidies and making them more efficient and transparent, but some such subsidies are based on legislation passed by Parliament. Until the legislation changes, we can’t do much about phasing out such subsidies.

Yes, the Union Budget can still do a lot, primarily as a narrative, setting out what the Government intends to do, shaping a road map towards the aspirational goal of a $5-trillion economy for India by 2024. But when people have expectations from the Union Budget, I find they still think of the Budget with an old mindset, that of tinkering on annual basis. That world has changed. Expectations should adjust accordingly.