Between Freedom and Control

The internal struggle of Central planning 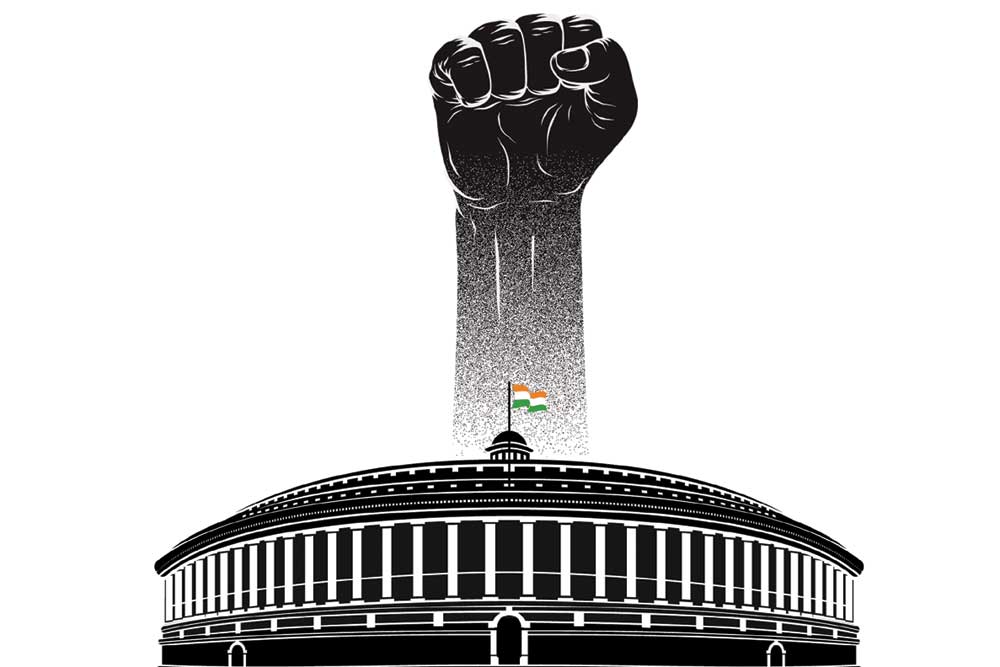 THE INDUSTRIAL POLICY Resolution of 1948 said, ‘Government have decided that the manufacture of arms and ammunition, the production and control of atomic energy, and ownership and management of railway transport should be the exclusive monopoly of the Central Government. Further in any emergency, the Government would always have the power to take over any industry vital for national defence. In the case of the following industries, the state… will be exclusively responsible for the establishment of new undertakings— coal, iron and steel, aircraft manufacture, shipbuilding, manufacture of telephone, telegraph and wireless apparatus, excluding radio receiving sets, mineral oils… While the inherent right of the State to acquire any existing industrial undertaking will always remain, and will be exercised whenever the public interest requires it, Government have decided to let existing undertakings in these fields develop for a period of ten years, during which they will be allowed all facilities for efficient working and reasonable expansion…. The following industries whose location must be governed by economic factors of All-India import, or which require considerable investment of a high degree of technical skill, will be the subject of Central regulation and control: salt, automobiles and tractors, prime movers, electric engineering, other heavy machinery, machine tools, heavy chemicals, fertilizers and pharmaceuticals and drugs, electro-chemical industries, non- ferrous metals, rubber manufactures, power and industrial alcohol, cotton and woolen textiles, cement, sugar, paper and newsprint, air and sea transport, minerals, industries related to defense… The Government of India agree with the view of the Industries Conference that, while it should be recognized that participation of foreign capital and enterprise, particularly as regards industrial technique and knowledge, will be of value to the rapid industrialization of the country, it is necessary that the conditions under which they may participate in Indian industry should be carefully regulated in the national interest… As a rule, the major interest in ownership, and effective control, should always be in Indian hands; but power will be taken to deal with exceptional cases in a manner calculated to serve the national interest.’ By 1948, the building blocks of a mixed economy, public sector monopolies, state controls and import-substitution already existed.

Statutory formalisation of these principles came through the Industries (Development and Regulation) Act (IDRA) of 1951. The Bill was ready in 1949 and mentioned the Central Government’s powers to license new undertakings and register and regulate existing ones. A few quotes may help to illustrate what this piece of legislation achieved. Section 2: ‘It is here by declared that it is expedient in the public interest that the Union should take under its control the industries specified in the First Schedule.’ Eventually, almost everything one can think of came to be included in the First Schedule. Section 11 said, ‘No person or authority other than the Central Government, shall, after the commencement of this Act, establish any new industrial undertaking, except under and in accordance with a license issued in that behalf by the Central Government. A license or permission… may contain such conditions including, in particular, conditions as to the location of the undertaking and the minimum standard in respect of size to be provided therein as the Central Government may deem fit to impose in accordance with the rules.’ To the 1951 statute, bits and pieces would continue to be added. For instance, a 1953 amendment gave the Central Government powers to assume control of an existing industrial undertaking. That 1953 amendment also gave the Central Government powers to control supply, distribution and prices. In books on economic policymaking, rarely is there a reference to statutes, though they provide the backing for the policy. A recent book by Gautam Chikermane (70 Policies That Shaped India: 1947 to 2017, Independence to $2.5 Trillion) is one of these rare exceptions. The original First Schedule had 37 heads. It increased to 42 in 1953. Over time, the heads were also reclassified, so one can’t simply look at the number of heads and deduce an increase in the importance of IDRA. For instance, in 1951, hurricane lanterns were a separate head. Later, they became an item under the head of commercial, office and household equipment.

In the list of statutes that form the bedrock of economic policy, the most important is the Constitution, enacted in 1950. Of course, today’s Constitution is not identical to the one adopted in 1950. The Constitution has been amended several times. The Preamble to the Constitution has the word ‘socialist’ now. It didn’t then. This was BR Ambedkar, participating in the Constituent Assembly debates on November 15th, 1948. He was opposing an amendment that sought to introduce the word ‘socialist’ in the Preamble. “What should be the policy of the state, how the society should be organised in its social and economic side are matters which must be decided by the people themselves according to time and circumstances. It cannot be laid down in the Constitution itself, because that is destroying democracy altogether. If you state in the Constitution that the social organisation of the state shall take a particular form, you are, in my judgement, taking away the liberty of the people to decide what should be the social organisation in which they wish to live. It is perfectly possible today, for the majority people to hold that the socialist organisation of society is better than the capitalist organisation of society. But it would be perfectly possible for thinking people to devise some other form of social organisation which might be better than the socialistorganisation of today or of tomorrow. I do not see therefore why the Constitution should tie down the people to live in a particular form and not leave it to the people themselves to decide it for themselves. This is one reason why the amendment should be opposed.’ On the other hand, the Constitution has, and had, Article 39, from the Directive Principles of State Policy. ‘The State shall, in particular, direct its policy towards securing… that the ownership and control of the material resources of the communityare so distributed as best to sub-serve the common good; that the operation of the economic system does not result in the concentration of wealth and means of production to the common detriment.’ There were Fundamental Rights and there were Directive Principles of State Policy and there were bound to be tensions between the two. A case in point is the First Amendment to the Constitution. The year was 1951. While the First Amendment changed many Articles in the original Constitution, of particular interest was the insertion of Articles 31A and 31B and the Ninth Schedule. Without getting into too many details, the issue was abolition of zamindari estates and large landholdings and redistribution of land. Courts struck down several such land reform laws. Hence, Article 31A said such acquisition wouldn’t become void on grounds of violation of Fundamental Rights and Article 31B said no laws in the Ninth Schedule would become void on grounds of violation of Fundamental Rights. The Ninth Schedule moved laws listed in the schedule outside the ambit of judicial scrutiny.

The First Five-Year Plan was for 1951-56. What does an economy’s output depend on? It depends on inputs (land, labour, capital) used and the productivity of these inputs in the production process. That’s the domain of growth theory and approaches to development economics have connections with growth theory. Back then, in 1951, theories of growth were simple. Over time, they became more complicated and sophisticated and the development economics lens also changed. Over time, models used by the Planning Commission also became more complicated. In 1951, growth theory primarily meant Harrod-Domar, a model independently developed by Roy Harrod in 1939 and Evsey Domar seven years later. In its very simple statement, there are no relationships with other countries. Therefore, foreign savings don’t help to push up domestic investments. Investments are thus equal to domestic savings. The capital/output ratio (c) connects capital with changes in output. The growth rate (g) is the percentage change in aggregate output. If ‘s’ is the savings rate, a little bit of algebraic manipulation will show that g=s/c. Hence, if you wanted to increase growth, you needed to increase the savings rate, which in turn, would increase the investment rate. This was the essence of the Harrod-Domar model. The Plan document didn’t mention the model by name. In all probability, that explicit link between the two was first mentioned in a paper authored by PR Brahmananda and popularised through another paper by KN Raj in 1961.