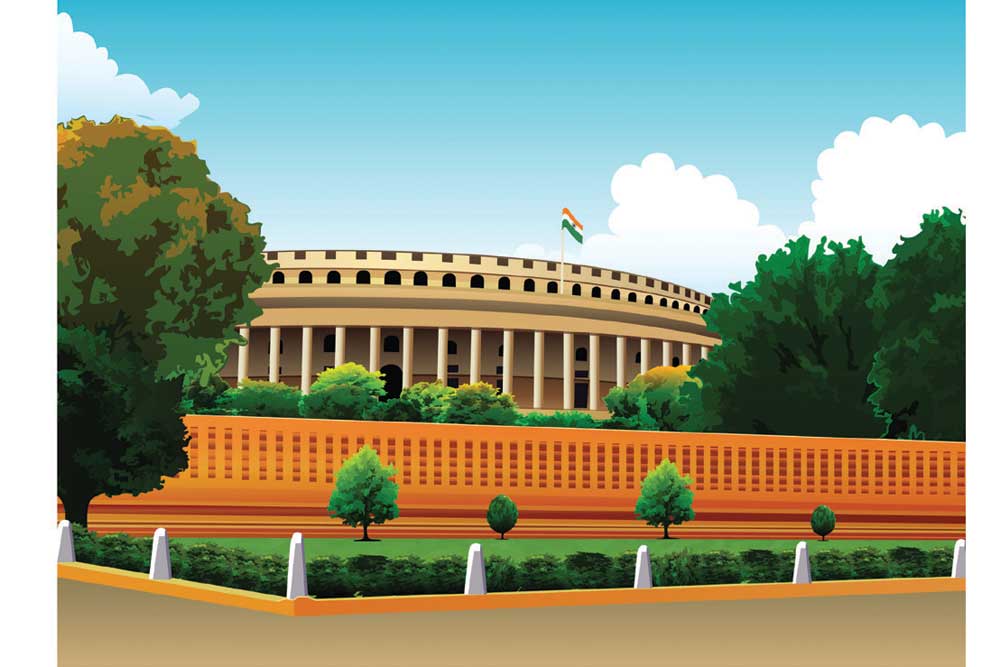 WHAT IS THE Rajya Sabha and why do we have it? This debate keeps surfacing once in a while, with strong views put forward on either side. It is not a new debate. The Constituent Assembly debated it too. Gopalswami Ayyangar replied to the debate: “After all, the question for us to consider is whether it performs any useful function. The most that we expect the Second Chamber to do is perhaps hold dignified debates on important issues and delay legislation which might be the outcome of passions of the moment until the passions have subsided and calm consideration could be bestowed on the measures which will be before the Legislature; and we shall take care to provide in the Constitution that whenever on any important matter, particularly matters relating to finance, there is conflict between the House of the People and the Council of States, it is the view of the House of the People that shall prevail. Therefore, what we really achieve by the existence of this Second Chamber is only an instrument by which we delay action which might be hastily conceived, and we also give an opportunity, perhaps to seasoned people who may not be in the thickest of political fray, but who might be willing to participate in the debate with an amount of learning and importance which we do not ordinarily associate with a House of the People.”

In this quote, there is a slight patronising tone towards the hoi polloi members of the Lok Sabha. The Rajya Sabha will not be swayed by temporary passions and will delay matters. It will be a second chamber with a reviewing kind of function. There was also something else that does not come out that strongly in Ayyangar’s words. The Rajya Sabha would reflect the interests of the states. There is a 2006 Supreme Court judgment that should be quoted in its entirety. I am referring to Kuldip Nayar vs Union of India and others. What was the issue? Quoting from the judgment: ‘Petitioner seeks to challenge amendments made in the Representation of People Act, 1951 through Representation of People (Amendment) Act 40 of 2003 which came into force from 28th August, 2003. By the said Amendment Act 2003, the requirement of “domicile” in the State Concerned for getting elected to the Council of States is deleted which according to the petitioner violates the principle of Federalism, a basic structure of the Constitution.’ There were other issues connected with the open ballot system, but those aren’t germane for our purposes. The Supreme Court decided no such domiciliary requirement is necessary (under the Constitution) for election to the Rajya Sabha. Indeed, were States to be important, you would expect debates in Rajya Sabha to reflect issues concerning them. If you compare debates in the two Houses of Parliament, you will detect no such difference, at least not anymore.

The Rajya Sabha is just another chamber, with a couple of differences. First, since its political composition is often different from that of the Lok Sabha, the Rajya Sabha is like an opposition party of sorts. Second, let me refer to Union of India’s argument in the Kuldip Nayar case. ‘Union of India would also claim that several persons whose presence could add to the quality of debates and proceedings in the Council of States had, under the dispensation before amendment, been constrained to enroll themselves as voters in another State just in order that they could be elected from such State. It has been further submitted that unless they did so, some States would remain unrepresented in the Council of Ministers due to the non-availability of such talented members of these States in the House of the People and the Council of States and, thus, the opening out of the residential provision was meant to help in this regard. The Constitution under Article 19(1)(e) guarantees the freedom to a citizen to choose a residence of his choice. There are several cases of elected representatives who may have multiple residences and may have to choose any one of them as a matter of convenience where to vote. ..We are not concerned with the political compulsions or considerations that are implied by some of the above- mentioned submissions of the Union of India and others supporting its stand. It is not necessary for us to examine the plea of the Union of India as to the competence or talent of, or the addition to the quality of debates or discussion in Parliament due to participation by, certain specific members of Parliament reference to whose names was sought to be made by the learned counsel in the course of arguments contesting the contentions of the writ petitioners.’ To put it more bluntly, Rajya Sabha is a channel to appoint as ministers individuals who cannot be elected through the rough and tumble of Lok Sabha polls.

To be sure, the Rajya Sabha has a few specific powers. Ideally, Parliament should not legislate on matters that are in the State List. Therefore, under Article 249 of the Constitution, it can only do so if two-thirds of Rajya Sabha members think this is in the national interest. This is probably the only significant one. There are others, like all-India services, and Article 352 (emergency powers) when there is no Lok Sabha. I think these specific powers are not as important for the purposes of our discussion as a broader debate on the utility of the Rajya Sabha. As I pointed out earlier, there is little difference now between the composition of the Rajya Sabha and the Lok Sabha, apart from their method of election and term of membership. There was a debate in the Constituent Assembly, but that presumed a difference in composition between members of the two Houses. This difference no longer exists and circumstances have changed. The 2006 Supreme Court judgment was only about the constitutional validity of an amendment to the Representation of People Act. That does not prevent us from having a broader debate, a revisit of what was discussed in the Constituent Assembly. If the argument is only about a second chamber as a countervailing force, logically, why stop at a second? Why not a second, or a third? The Constitution mentions (Article 171) Vidhan Parishads (Legislative Councils) as upper houses or second chambers in States. Not too many States have them. Some that had have now abolished them. If the argument is in favour of a second chamber, we should argue for Legislative Councils in all States.

There are some countries that have abolished their upper houses of parliament (which I do not advocate). The abolition of the Rajya Sabha is not a new idea. The first such resolution seeking to abolish it was moved in the Lok Sabha in March 1954. Then there was a barrage in the 1970s. Another resolution in 1973 and separate Private Members’ Bills in 1971, 1972, 1975 and 1981. The Lok Sabha has a Committee on Private Members’ Bills and Resolutions. The Committee ignored these, taking such proposed changes to be against the basic structure of the Constitution. But that’s no reason for us not to flag issues that might even affect the so-called basic structure of the Constitution.

I keep harping on the theme of resources and opportunity costs. PRS is an excellent source for information on Parliament’s productivity. The last such statistics report is for the 2017 Winter Session. ‘During the session, Lok Sabha worked for 78% of its scheduled time, while Rajya Sabha worked for 54%. So far in the 16th Lok Sabha, the average productivity of Lok Sabha is 92% and that of Rajya Sabha is 73%…. Lok Sabha has spent more time discussing each Bill passed as compared to Rajya Sabha. Since 2014, 65% of Bills passed by Lok Sabha have been discussed for over two hours. The corresponding figure for Rajya Sabha is 35%.’ In 2018-19, the Rajya Sabha will cost us Rs 388 crore, compared to Rs 775 crore for the Lok Sabha. In 2014, the Rajya Sabha Secretariat produced a book with statistical information on it from 1952 to 2013. It has interesting breakups about this kind of aggregate expenditure. I am not aware of this book having been updated. But in 2012-13, most expenditure was on salaries, domestic travel and subsidies. You should look at the details of expenditure on Members and the Secretariat (something we often forget) and then decide whether we need this second chamber.

As for me, I am in favour of a Rajya Sabha that truly reflects the interests of the states. This will be much more than merely rolling the domicile requirement back. As Union of India argued convincingly, legality can always be circumvented. Since we want to get away from passions of the moment, perhaps we should only have nominated members in the Rajya Sabha.