On the strange ambition of a Malayalam movie star turned politician 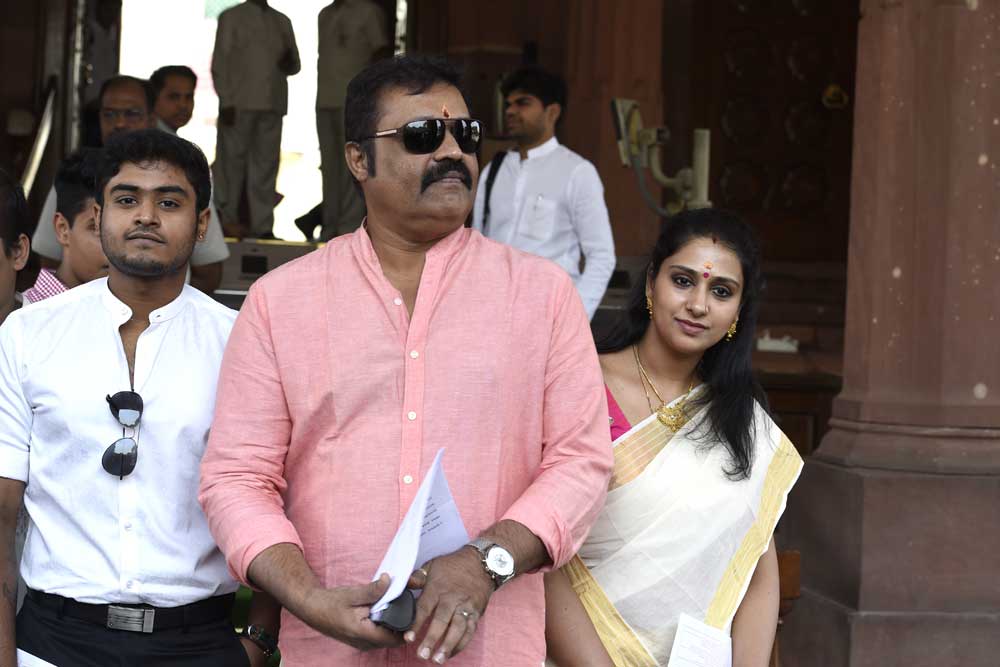 SURESH GOPI, A fairly popular actor in Kerala who turned to politics recently as a Rajya Sabha member of the Bharatiya Janata Party, came in for much ridicule last Saturday when he spoke of wanting to be reborn as a Brahmin because he considered them gods. Movie stars either turn out to be astute politicians like MG Ramachandran and NT Rama Rao, or they find themselves participating in a game they are clueless about as they clumsily wade its humiliating waters, like Govinda and Rajesh Khanna. Gopi, for the time being, seems to be in the second category.

A politician needs to know when not to speak what he is feeling. And when he is speaking what he is not feeling, he must know that even that can get him into trouble. On matters like caste, where his politics does not depend on it, it is wise to stay away. That is the rulebook for career politicians—get into testy waters only when it’s worth your while. Gopi was addressing a gathering of Namboodiri Brahmins and so he tailored his talk to what he thought would get points with them. Once upon a time, Namboodiris owned almost all the land in Kerala and the state’s society was defined by them for hundreds of years. But now they are a shadow— politically irrelevant, financially average and having no influence in the scheme of things. Being reborn as a Brahmin in Kerala means a very ordinary life.

Why then did it rankle when Gopi said what he did? It is hardly casteist unless you are slighting someone. The context of his speech was that of being able, as a Brahmin priest, to worship up close the deity of Sabarimala, something others cannot do. It is the desire of a believer for his god or at least that was the spin being sold to his audience.

He was being obscurantist which is not a failing in India. Rebirth is just superstition refined into grand philosophy but it has a more vicious component to it. It is the fulcrum on which the caste system managed to survive so well in India. The doctrine of karma makes the lower caste responsible for their condition. It says that what they did in previous lives has led to this life; and how well they fulfilled the duties of this life, as a good lower caste in the service of higher castes, would lead to a promotion in the next, eventually rising up the ladder to its apogee. Who wrote this doctrine? Brahmins and so obviously they were the zenith of karma.

If all this was true, then we should be sympathetic with Gopi. All he wants is a better station in the grand scheme of the journey of a million lives. But there is no such thing as rebirth or karma. They were constructs in an ingenious social design that worked with great success to keep an entire population enslaved. What would have happened if Indian society did not believe in rebirth? The entire edifice would have fallen and voluntary servitude would have had to be replaced with coercion, which has slim success rates over long periods of time. And, indeed, with the first whiffs of modernity it crumbled.