A Conspiracy of Veggies

Air India, bring back meat or stop serving food on your flights altogether 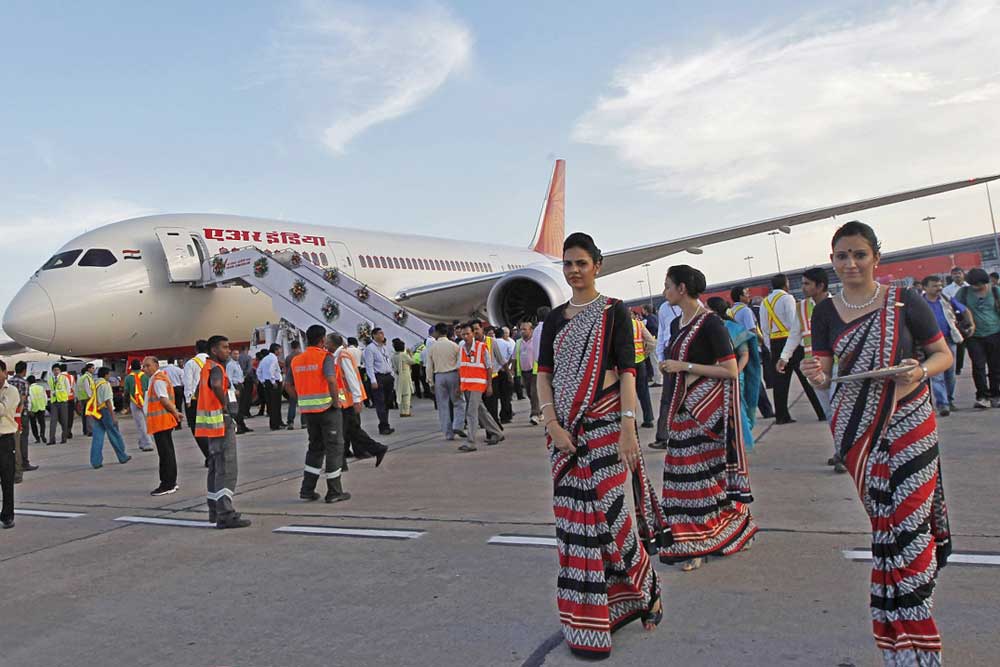 YOU HAVE RS 50,000 crore in losses and not a hope of ever being able to recover it, so what should you do? You could do nothing for starters, because while the amount does seem somewhat alarming, it is owed to the Government and does not therefore have to ever be repaid, something with plenty of precedence in the Indian PSU scheme of things. True, the Government has indicated it has had enough of running an airline for its employees, but we all know that good intention is some distance away from action. In any case ministers or governments change and each one comes with a new plan for the airline and thus time continues to remain a great friend of white elephants.

In the interim, however, when the Government says it wants to sell and the airline knows that no one will buy, there must be image building, a token gesture that says, ‘Not just anyone with common sense, even we are worried about owing Rs 50,000 crore.’ And that then leads to: Salary cuts? No. Reduction of free/subsidised tickets to ministers and bureaucrats? No. Stopping meat in domestic flights? Of course.

It could have been a legitimate cost- cutting option if Air India explained just how much it has saved in the process. And then we could calculate how much it would have saved if it had stopped serving not just meat but all food. There is no reason for Air India to ensure that its fliers are satiated. In its case at least, it is debatable if free food has ever got it great influxes of passengers. Indigo has been charging for food forever and is still India’s most successful airline. All companies scramble around for competitive edges, but this is not it for Air India.

Therefore if you are serving or not serving food, be fair. Look with compassion upon the non-vegetarian even if you are in a position of veto power and have millennia of Brahminism subtly working their prejudices inside you. The soft targeting of meat-eaters is all around and economic discrimination is another crushing blow to this embattled community that makes up 70 per cent of India. First they came for the beefeaters and then they came for airline food and in between they also came for pregnant women. Just last month, a government ministry, Ayush, recommended in a booklet that meat is not a good thing for expectant mothers and their imminent children. Too bad they weren’t around half a million years ago when the human species separated and then survived on a lot on meat, until the advent of agriculture just 10,000 years back. And if you want to know that strapping babies are possible despite meat eating, just turn to the whole of the rest of the world.

Meat is good. It is protein. Children need it to grow big and strong. If you don’t eat meat, you will eat carbohydrates and that is just junk, turning into sugar and making you fat and diabetic with a heart attack around the corner. Airline food is terrible. Vegetarian airline food might actually be the only exception to non-vegetarian always trumping vegetarian in taste. But it’s the principle of the thing.