Impressions of the Indian strategic debate

Is India aiming to evolve from being a balancing power to being a leading power? 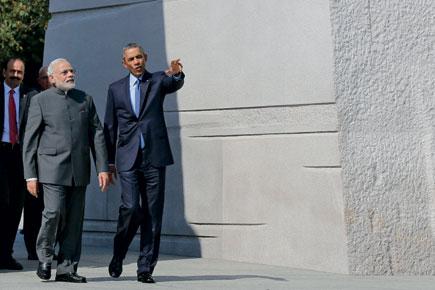 The US-India relationship has never been stronger. That much I knew as I began my first visit-ever to India earlier this month to meet with a wide range of Indian foreign policy and defence experts. What I did not appreciate was the depth of mistrust towards China on which this relationship is being built, particularly from the Indian side.

Consider the remarks of Foreign Secretary S Jaishankar, who opened a US-India conference in New Delhi last week with a speech of unusual potency. Consistent with much typical diplomatic practice, Jaishankar made few direct references to Beijing, but he broke away from diplomatese in his description of America’s role in the Indian Ocean. He could only have had China in mind when he said that “for us the fact that the US is both a source of supply and a military partner helps to create enough uncertainties that could actually strengthen security in Indo-Pacific region”. Consider the pungency of that phrasing – rarely do you hear senior diplomats talk about instability in other than negative terms, yet Jaishankar says India welcomes uncertainty because it complicates Chinese decision-making in the region. That’s some high-level Macchiavelianism, a trait that many senior diplomats practice but which few discuss openly.

At the same conference, Railways Minister Suresh Prabhu argued that US investment in India should be encouraged because it earned not only an economic benefit but a strategic one. He juxtaposed this with the effects of investing in an unnamed third country. Sometimes, he said, such investments pose a "strategic challenge… by virtue of acquired economic power and, technological advancements made due to investments made by that country." Any investment made in India, by contrast, “was not going to pose any challenge to the US. Therefore, it is just an investment which will give you huge dividend and not diminishing returns." The unstated corollary seemed to be that America would be better off with a rich India and a poor China.

Then on 18 March we learned that India has signed up to the Indian Ocean Naval Symposium in order to “tackle Chinese influence in the Indian Ocean region”, in the words of a senior Indian Navy official.

For an Australian, these are examples of extraordinarily tough language. We too have our concerns about China’s rise, but Australia’s military “hedging” (closer military ties with Washington, Tokyo and Delhi; a commitment to double the size of our submarine fleet) always comes with ritualistic claims that such moves are not directed at any one country. The United States does the same.

With Indian officials, it seems, we can listen to what is said, whereas with Americans and Australians, one often needs to listen for what is not said. Note, for instance, US Under Secretary of State Rose Gottemoeller’s recent remarks in Sydney, in which she said the US “welcome[s] India’s growing defense capabilities.” You won’t hear an American official say that about China, and it is in such omissions that Washington’s true feelings are revealed.

Then there is the routine claim from senior American officials that the US welcomes China’s rise. What this statement means, in fact, is that America welcomes China’s economic rise, because it lifts millions out of poverty, creates a market for US goods and services, and is a source of cheap imports. For Washington, though, this economic rise is preferably not matched by a strategic rise. Ideally, for America and its friends and allies in the Indo-Pacific, China will emerge as a latter-day Japan, an economic giant and a strategic minnow.

But we already know that isn’t going to happen. China is asserting itself throughout the region by modernising its military, deploying more frequently in the Pacific and Indian oceans, and building up its assets in the South China Sea. The overall aim seems to be to assert China’s place in the region at the expense of the United States.

This is worrying but not unusual behaviour for an emerging great power, which quite naturally will want to erode, and maybe even overturn, a strategic order in which a far-off great power has overwhelming military superiority in China’s near seas.

The ultimate question is whether the US is trying to resist this change, or whether it will go some way to accommodate China’s ambitions. Rhetorically, at least, it seems the US is committed to defending its place at the head of the table, but its words have yet to be tested. China’s provocations in the East and South China Seas can be read as an attempt by Beijing to judge the limits of Washington’s commitment.

Just how far will the US really go to back its friends and allies, and are those friends and allies prepared to resist China and back Washington so that the US can maintain its position of regional strategic pre-eminence? India’s tough words, and its closer relations with Washington, are perhaps a signal that New Delhi is now committed to defending the US-led strategic order in the Asia Pacific against the challenge from Beijing. But S Jaishankar’s words hint at a more transactional agenda. On his reading, the US is useful to India because it complicates China’s attempts to broaden its influence in the Indian Ocean. That’s far from a commitment to back Washington should China push harder to become number 1 in the region.

In fact, it may hint that Jaishankar, and the Government he represents, have a different regional order in mind, one not led by the US but one defined by a regional balance between three great nations. That would be a new and challenging role for India, but as Jaishankar himself said, India is aiming to evolve from being a balancing power to being a leading power.

Sam Roggeveen
Sam Roggeveen is the editor of The Interpreter and a fellow at the Lowy Institute for International Policy, Sydney, Australia