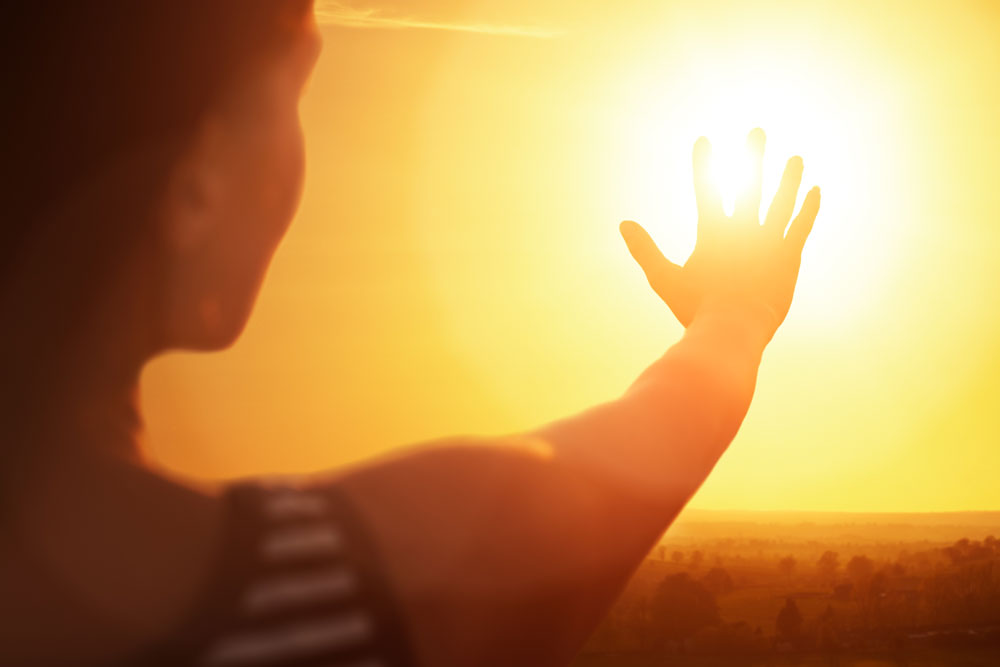 IF YOU ARE a city- dwelling Indian, you are very likely to have a low level of vitamin D. Also called the sunshine vitamin, the existence of vitamin D was first suspected by the Polish scientist Sniadecki in 1840, when he reported that children living in industrial, smoke-filled Warsaw were prone to develop joint pains and deformities (rickets), while those living in the clear atmosphere of the countryside were healthy. As the industrial revolution swept across Europe and North America, it brought rickets along with it. By 1900, more than 80 per cent of children in Boston were suffering from rickets. The vitamin was identified in the 1920s and it was confirmed that the main source of this vitamin was sunlight, not diet. A few decades later, the role of skin pigment became evident—Indians who migrated to the United Kingdom suffered from rickets much more commonly than their native White counterparts.

Like plants photosynthesise food, human skin synthesises vitamin D on exposure to UVB rays that are present in sunlight. The maximum amount of UV rays reach our body surface during summer months from 11 am to 3 pm. Vitamin D photosynthesis in the skin is severely compromised in the winter, and by cloud cover or atmospheric pollution. The primary role of vitamin D in the human body is to promote calcium absorption. In the absence of vitamin D, calcium does not reach the bones and they become soft, painful, and deform as a result. With low degree but prolonged (and often life-long) vitamin D deficiency, bones gradually become weaker so that they tend to fracture easily in old age, a condition called osteoporosis.

If sunlight is the main source of vitamin D, one would expect a country like India to be vitamin D-replete. Paradoxically, India is one of the countries worst affected by its deficiency—an example of ‘starvation amidst plenty’. When we first showed (in the late 1990s) that urban Indians have low vitamin D (25-OH D) levels, the international scientific community did not easily believe us. Over the years, numerous studies from India have shown that more than 80 per cent of urban Indians have sub-optimal levels of vitamin D. Levels are slightly better in the south, as we move closer to the equator. Studies from around Delhi and Lucknow have shown that even rural Indians are not spared. With the exception of manual labourers and security forces who are exposed to the sun all day, virtually all population groups have been reported to have varying degrees of vitamin D deficiency.

So why are the inhabitants of a sunny country bereft of a vitamin derived from the sun? First, Indians have pigmented skins and need longer duration of sunlight exposure than Whites. Second, when urban Indians do go out in the sun, they keep themselves well covered. The quest for a fairer skin, coupled with a hot climate, leads to sun-fleeing behaviour among Indians, as opposed to the sun-seeking behaviour typical of Western cultures. Third, the use of sunscreen lotions or creams inhibits vitamin D synthesis. Fourth, there is virtually no vitamin D in Indian diets. Vitamin D-rich fatty fish is hardly consumed in India. Egg yolk has small amounts of the vitamin—we would need to consume more than 20 eggs daily to meet our needs. There is no formal policy of vitamin D food fortification in India, although some steps are being taken in this regard.

What can be done to overcome deficiency of vitamin D in India? Increasing sunlight exposure seems to be an obvious recourse, especially for children. However, a recent study on Delhi schoolchildren showed that sunlight exposure of 30 minutes around mid-day had little impact on vitamin D levels, particularly in winter. It is also impractical to expect people to leave their office and brave the blazing mid-day sun on a regular basis. Another option for vulnerable groups like newborns, adolescents and the elderly is to use vitamin D supplements. It is not necessary to measure vitamin D levels prior to initiating the intake of vitamin D supplements. Instead, taking a daily dose of 1,000-2,000 IU is safe for almost everyone. As a public health measure, vitamin D fortification of milk and edible oil is recommended. Just because you live in a sunny country like India, don’t take your vitamin D status for granted. Worship the sun, take supplements if so advised, and use fortified products whenever available.