From Chaos to Control

From UPA rule to NDA, the transition has been dramatic. But Modi needs to understand the inherent value of dissent 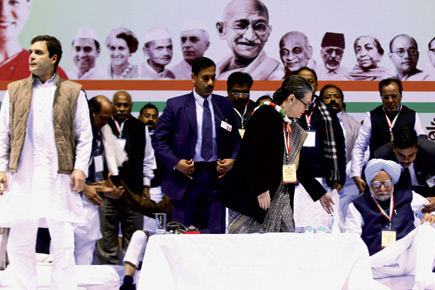 From UPA rule to NDA, the transition has been dramatic. But Modi needs to understand the inherent value of dissent

Richard Sennett, the sociologist and musician, in his Uses of Disorder, talks about the need for dissent, debate, resistance and noise; it is these, he observes, that grant a disorderly city a higher form of order, one replete with diversity, surprise and plurality. Disorder opens the possibility of change while order freezes options. One is reminded of the Modi regime as one re-reads Sennett, who also hints that not all order is a form of solidarity; for solidarity presupposes difference, not unanimity. Sennet is a wonderful perspective from which to read the rituals of India’s new regime. It provides an understanding of its silences and dangers.

One has to begin with beginnings. Modi’s inauguration had an air of closure and decisiveness. It is captured best in Raghu Rai’s brilliant photographs of Manmohan Singh, where the agony and alienation of the face captures the poignancy and emptiness of the Congress era. Clock time freezes as the former PM suffers the agony of an ignominious exit. Then, watching a distant Rahul Gandhi, one realises that one faces an empty Congress, a party which refuses to rethink. Simultaneously one realises the emptiness of the Congress cannot be an argument for the BJP. One has to read it as a new construct, a new set of possibilities.

Modi’s inaugural speech—indeed, the whole ritual— indicated a faith in the institution of parliament, a trust in institutions. His Ganga promise was seen as a form of cleansing, even a kind of liberation, by the majoritarian mind; it conveyed a sense of the religious, that something Hindu had returned after idiot repetitions of the secular.

The certainty of majoritarianism, however, creates an umbra of silence. Once the good news of Modi has been announced and the regime settles down to an everydayness, a different ecology appears, an ambience of fear, threat, doubt and uncertainty facing a majority shedding its old repressions, its sense of victimhood created by a secular elite which looked down upon the religious and wanted a scientific temper privileged by the constitution. Fear and uncertainty create an eddy of emotions. They demand a palette of colours to portray the concrete anxieties they create.

Oddly, at the very moment of victory, a party that was eloquent in its campaign and powerful in its rhetoric becomes silent. The transition from protest to power does not explain this behavioural change. The silence around appointments signals not party discipline but a deeper ecology of change, the signs of which are difficult to interpret.

To understand the Modi regime, one has to accept that Modi was therapeutic for a generation that felt that elite modernisation was a hypocritical affair conducted by groups which used words like ‘secular’ to dismiss the thought processes of a middle-class more rooted in religion and folklore. As a wag put, “For years Bollywood and the middle-class were frowned upon. Only Bollywood continued undaunted while the middle-class played apologetic, becoming tentative before an English speaking cronyism.” The majority felt it could not assert its Hindu identity, that it had to be apologetic about its culture. Modi gave this new class confidence by showing that the Nehruvian legacy and the Sonia Congress were shallow entities, that Rahul Gandhi betrayed an incompetence which was revealing. This new middle-class, echoed by the Diaspora, wanted to feel at home in its home-cooked religiosity and its extension, nationalism. By articulating such anxieties, Modi soothed their wounded subconscious. And this ‘wounded class’, tired of pseudo secularism, elite cronyism and majoritarian hypocrisy, voted him to power.

When a long-ignored opposition and silent majority comes to power, it begins flexing intellectual muscles, gerrymandering categories. It wants to assert its presence, make a few points of deviation, state a few outrageous things just to semaphore its power. All these new rituals of assertion look different from a minority or dissenting perspective. The majoritarian epidemic appears threatening and a new set of anxieties ripen. This is exaggerated by a split-level spectacle. At one level, we have a regime that tries to convey a familiarity with the table manners of power, and at another we have an electorate that is jingoistic and tomtoms Hindutva as a favoured prospect for India. So while the regime plays out a technocratic script, its support base echoes primordial sentiments of culture and religion from an earlier time. Thus while Modi’s ratings go up in surveys, signalling an upward spiral of approval, the ecology of majoritarianism creates its own whorls of anxiety and suspicion. Suddenly dissent or pluralism becomes seditious, minorities feel threatened and liberals out of place. One has to realise that exorcising the old demons only puts new ones in place. Modi’s handling of this situation is ambivalent. He has projected many selves, including a wounded self; he has played the outsider, a communalist, a majoritarian and a statesman. His multiple selves are beginning to haunt him. One has to ask whether he can disown some of his past selves.

Another factor starts emerging in the midst of all this. The Rashtriya Swayamsevak Sangh (RSS) is no longer a cultural group in the background. It has combined an electoral strategy with a cultural—even agricultural—strategy. One wonders if it is setting the agenda for some parts of the regime. Its mobility and power are pronounced. One has to contrast this with the regime’s attitude to NGOs, many of which are portrayed as anti-development fanatics powered by foreign money. The recent attempt to embargo BT brinjal was the result of RSS support for the Bharatiya Kisan Sangh’s protest against it. Union Agriculture Minister Prakash Javedekar was indecisive. The question is not about the decision, which many might favour, but the nature of public debate and discussion. If the RSS is out in public, then civil society must engage it in debate. Reinventing democracy also means reinventing the contours of debate; I want to emphasise this because democracy is not just about emerging discourses. There is bitter clarity about this. Worse, there is fear and anxiety over a lack of openness.

There is yet another factor. This is a government which wants to speak the language of civic virtues. It talks of cleanliness, punctuality, service, about civics of bureaucratic and public places, but has to ponder the contamination of public spaces. Ideas may not be sanitised but they need sanity, the hospitality of difference. The current regime has an odd approach to this. At the policy level, it chooses silence, deterring debate; it prefers the noise around the UPA’s failures. When it comes to ideas floated in public about security, patriotism, Hindutva and majoritarianism, it chooses either indifference or silence, pretending that nothing has happened or been heard. But there is a critical problem of responsibility, one of ownership of ideas in this space. As the RSS, VHP, Bajrang Dal and Shiv Sena construct a map for the country, the BJP and Modi will have to say whether they agree with it. To emphasise freedom of speech is fine, but disowning the content of some kinds of speech will not be so easy. In earlier years, one has seen acts of moral policing, with two-bit politicians launching their careers, against Valentine’s Day. What we are witnessing now is cultural policing. A majority may want this, but what gives them a right to impose it on minorities?

Silence, uncertainty and anxiety are hardly a way to inaugurate a new regime. There is an epidemic of threats and insults that has begun to afflict society. Each instance may be seen as a fragment, an isolated case. But these fragments add to a structure that has tacitly unfolded all across the country. It began with Giriraj Kishore’s threat to send anyone opposing Modi on a train to Pakistan. One thought of it as a provocation uttered in the heat of an electoral battle, but then the threats began to multiply. Pakistan is a favourite for the exile of dissidents, especially those whom mere abuse fails to silence, and this new train offers ironic possibilities for debate. Such statements become more threatening as they are banalised.

The Chief Minister of Goa recently stated that India was a Hindu nation. Not to be left behind, RSS Sarsanghachalak Mohan Bhagwat claimed Hindutva as the religion of Hindus. A syncretic society that always contrasted an open Hinduism with a closed Hindutva suddenly finds a majority thinking differently. Worse, a religion which never thought of one church or doctrine as supreme gradually seems to be semitising itself.

An innocuous looking Dinanath Batra talking of a new history now seems more powerful than the University Grants Commission or National Council of Educational Research and Training. Batra feels that history must be rectified to include more Hindu nationalism, and he goes about it with confidence, as if all the forces of Hindutva have been marshalled to push his text books. The new majority wants to capture history and politics and rewrite culture to align it with its subconscious. The tyranny of an exploding subconscious, where the majority literally launders its repressions, creates clouds of uncertainty. There is fear, doubt and suspicion, but no one gives it the imprimatur of a simple ‘This is it’.

The regime stays silent as little obscenities are enacted. When UR Ananthamurthy dies, rightist groups in Karnataka burst crackers in celebration. When the Gaza Strip goes up in flames under Israeli bombing, Indians once known for supporting Yasser Arafat’s Palestinian liberation cause suddenly start backing Israel, which becomes a comrade in confronting terror. It is at this time that a strange ritual is enacted. The Right lashes out at the Left and at Muslims for supporting Palestine. It plays out the politics of absence by asking where the Left was when Kashmiri Pandits were being displaced. True, the Left was silent, but the issue here is more skewed. Each side patents a particular group’s suffering with the claim that some suffering is more equal than others. Suffering becomes a tool for political battles. This see-saw creates an arbitrary society where suffering is the privilege of a few. As a result, our sense of justice suffers.

This essay has so far mapped a set of caveats and doubts about the incumbent regime. Much of the scenario is still emerging in bits and cameos—a rumour here, a confirmation there. Yet, compelled to sum it up, most say that the new majoritarian impulse is to articulate its discourse in a holier-than- thou ambience. Its sense of past ‘wounds’ appears to vindicate a range of petty behaviours. Yet, instead of adding to the sense of debate, this freezes order and creates a regime which plays technocratic at one level and fundamentalist at another. This spells trouble ahead because technocratic-fundamentalism justifies itself both as being modernist and as culturally rooted. Claiming to be at home with both, it imposes a sense of loss on minorities, dissenters and marginal groups. It can create a chain of threats and pretend they are inconsequential. Dissent, then, is difficult because there is no space for it. An observer watching this spectacle realises that wounded majorities can create tainted democracies. Modi needs to understand this.