A Requiem for the Year of God and Fear

And still we cannot have an honest conversation on Islam 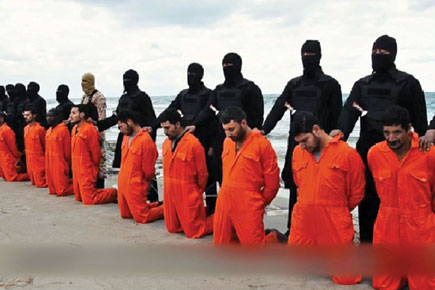 Revolutions began when God died in the pretence of man. In the last century, man dreamed up a world that more than matched what gods promised. The very ideal of heaven on earth was ambition as well as rebellion; it was the moment of the mortal taking complete copyright over his destiny, making the Highest Power redundant. And there was no dream bigger than communism—was it not Christianity without the crucifixion? The Cross would seek shoulders, of course, and Golgotha would be renamed as Gulag, but the whole enterprise was built on man’s immense capacity to dream. When the lie unravelled in the final years of the 20th century, what lay buried in the wreckage of the Soviet empire and its vassals were the last remains of man’s God complex.

Then God Himself made an appearance, in the first breakfast horror show of the new millennium. 9/11 changed everything, and most tellingly, man’s power to give evil a divine mandate. What we still remember from those grainy TV images from Mount Jihad somewhere in Afghanistan is the face of God’s oracle in military camouflage, delivering his commandments of bloodlust and hatred. The God-fearing world was reborn in the aftermath of 9/11, and the Book became the weapon of religion’s troglodytes. Fear would power politics from Washington to Mumbai.

Fear was the religion of 2015. In another time, it was the Great Islamic Revolution that declared war on history and institutionalised the uses of Shaitan. This year the caliphate of ISIS industrialised video jihad in which the enemy—a prerequisite for the revolution of man or of God—was Everyman. In his execution, drawing its ghoulish symbolism from an exaggerated sense of persecution, the masked killer drew blood for the sins of infidels in power. The so called ‘sword of Islam’ was real and closer in a year that saw voluntary jihadists joining the desert battle for the perpetuation of a god who wanted to alter both geography and history. In its capacity for extraterritorial terror, ISIS proved to be the most organised expression of evil after the Nazi era. Then it was the struggle of man for a racially refined ideal on the graveyard of the impure other; in 2015 it was God’s struggle against the small pleasures of indifferent infidels in the sandy remoteness of the Middle East, or in your neighbourhood market.

The gunshots in a magazine office in Paris in January 2015 set the tone. The killers’ invocation of their god only reaffirmed that it always required the strength of their scripture to sanctify murder, to play out grievance and vengeance. And their choice of victims—cartoonists and writers, those modern day Rabelaisian rebels who laughed at the power and pathologies of gods and men who pretended to be gods— told us that this war against laughter was waged on behalf of a cheerless god, as paranoid as the demigods of ideology. This god, we would soon realise, was threatened by our everyday pleasures, by the rhythm of our life. This god demanded fear. The journalists at Charlie Hebdo resisted.

Ten months later, Paris, as a city and a way of life, would again be under attack. It was not sociology—the unassimilated ghettos, the dilution of laïcité and the demographic tinderbox— that killed in Paris last month; it just added to the theology of hate. Paris, as an idea and an attitude, was a repudiation of everything that the God prescribed. So the God went to the football stadium, to the concert hall, to the restaurant… anywhere the ‘hedonist’ dared to go, anywhere being joyful was not a crime. We were no longer sure about the person at the next table, the passenger next to us, or about the quietest colleague in the office. The ordinariness of the martyr’s biography revealed how far the God of vengeance had gone. The lone wolf and the pack were united in their pursuit of paradise. The cult of martyrdom was sustained by the rejection of this world, which was nothing but a provocation, a battlefield. The God-fearing world was inevitable.

Now it was clearer: the civilised world— where laughter or leisure was not a crime against divinity—was getting cosier, and thereby more vulnerable, in its selective, politically convenient appraisal of Islamism. The political class could not discard platitudes in the aftermath of a terrorist attack. Whenever a politician, invariably the leader of a victim state, said ‘Terror has no religion’ or ‘Don’t vilify Muslims’, it was a disingenuous assumption, and a convenient distraction. No faith divided or terrorised or subjugated people as Islam did in the world after the Cold War. A meaningful conversation on it was impossible because condescending liberals and meek politicians assumed that talking about Islam was denigrating Islam. This cop-out—and the accompanying face-off between ‘Islamophobia’ (a stigma attached to anyone who dared to break the consensus) and ‘Islamofascism’ (a visible version of domination and dehumanisation)—made the sanguineous God freer, and the domain of fear wider.

Religion was the belief system that shaped the social as well as cultural evolution of man—and it abhorred questions, gave in to God. Every religion is a story, told and retold by the believer. We survived the horribly told story of a merciless god, and if the past is any indication, we would be alive to see the retreat of yet another god and his kingdom on the sand.