A Comedy of Terrors

On the choices that AR Rahman faces 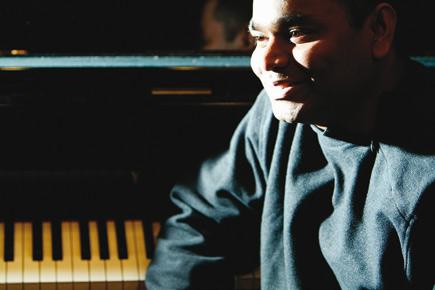 There has never been any shortage of demand for AR Rahman’s music, but it is only now that he and we are beginning to learn about a premium on his soul as well. And it takes a peculiar set of people in a peculiar society to make this evident. We refer, of course, to the chain of events ever since it became known that Rahman has made the music soundtrack for Muhammad: The Messenger of God, a movie directed by Majid Majidi, a gifted Iranian filmmaker.

Iran, do note, is an Islamic state run by clerics steeped in hardline orthodoxy. A movie on the Prophet made in that country and endorsed by its government should pass the politically and religious correct measures of all Muslims except perhaps the soldiers of ISIS. Majidi, sensitive to the sentiments and injunctions of his religion, has not shown the Prophet’s face. It is a movie that is reported to be doing extremely well in Iran.

On his motive to make a movie on such a subject, Majidi says his aim was to elicit a better understanding of Islam across the world. Critics globally have only good things to say about the movie, and he has therefore been successful in some measure in his objective.

But, given the news that has emanated from India linked to the movie, precisely the opposite seems to have happened here. The Raza Academy, a hardline Islamic institution, has issued a fatwa against Rahman and Majidi. According to an Indian Express report, the fatwa held that they had mocked Islam and should in penance ‘read the kalma again and also solemnise their marriage again’.

Perhaps the Raza Academy knows a thing or two about human relationships, since what is it but the cruellest of punishments to make a person marry his wife once again?

Majidi remains unaffected on the safe shores of Iran, but given how such absurdities tend to snowball in India, Rahman does find himself in a spot. But he has a way out with protectors arriving from the other end of the battleground littered with fringe lunatics.

Their only demand being that he would have to return to the fold of Hinduism and ride pillion between Yogi Adityanath and the Vishva Hindu Parishad into a world where there would be no fatwas but you would presumably have to keep one room in a 2BHK apartment for a cow and wash the floor with its urine.

These are the options that Rahman has at present: either be a heretic or a reconvert. There is a third one that he could take but shouldn’t. That is to become an atheist, an eminent way of being that returns one’s soul to one’s own keeping without favours or demands from gods above and their followers below.

But that would actually be the most dangerous course of all. Because whereas with religion one only stands to be humiliated and lose one’s reason, a rationalist in India can today lose his life. We only know them by their surnames—Pansare, Kalburgi, Dabholkar—and that too, after being shot dead on evening walks.