2015: The Partition of the Indian Mind

Can Modi be the Great Reconciler of India? 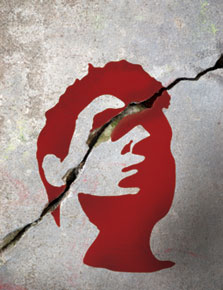 Some leaders become the definition of their times, and strive to be the destiny of what they command. They are larger than the sum total of their actions and ideas, for they continue to grow in the hope as well as fears of a people who cannot take their eyes off them. Such leaders are their admiration and admonition, their astonishment and their anxiety. They keep the conversation going in a country that attributes its dreams and misfortunes to the mood swings of such men. Men like Narendra Modi.

It is as if the summer of 2014 was ages ago, when India elected him to the surprise of his own party. It was not the end of the story. His each day in power since then has been an election day in the minds of India. The country has not yet reached a consensus on him. Modi is still the argument that divides, and the division is starker in the smoggy last days of 2015. Divided not because of the tired old refrain of oh-he’s-such-a-polarising-figure. The crack on the national mind is the result of the force with which India measures him. Every day is a referendum day.

No other leader, with the exception of Indira Gandhi, has concentrated the Indian mind as dramatically as he does. There are common strains we cannot miss. For Mrs G, politics was a passion play, intimate and intense, and every waking hour a renewal of her emotional covenant with India. Her totalitarian temptations, her paranoia, and her self-portrait as Our Mother of Deliverance only added to her iconography, and at every critical juncture of her political life, she made India aware of her sacrificial rite as a ruler. Modi, still a story in progress, and narrated in first person, too, sees no difference between his journey and India’s. Like Mrs G before him, he is too steeped in his own story to see the cracks under his feet.

It is all about power and the tyranny of definitions. It is about naming and claiming India. Remember those stirring words by Barack Obama on Election Day? “We have never been just a collection of individuals or a collection of red states and blue states. We are, and always will be, the United States of America.” That was the reconciler in chief, though America over the next seven years would defy his words. Modi’s challenge in the summer of 2014 was equally historical, and the India he inherited was an ideal stage for a leader with a reconciliation script. Particularly so since cultural nationalists were waiting to act on the strength of his mandate. India was about to be redefined, reclaimed, refurbished—and divided.

There were two Indias at play, maybe even more. The most audible and visible were the modern (as marketed for the media age by Modi) and the civilisational (as fantasised by the cultural right). It is not that the two, ideally, are incompatible. They remained so because Modi, in spite of the size of his mandate and the sweep of his powers, refused to edit or even correct the cultural narrative—monochromatic and unipolar. Even as Modi was hard-selling a digital future, the cultural right was taking India back to the glory of a bovine utopia—and setting a code of conduct for non-believers. The Indian who died in the village of Dadri made the ideal of modern India envisioned in San Jose redundant.

That said, Intolerant India was an artificial slogan, or a legitimate slogan articulated by the wrong people. It is dissent that makes democracies richer, and India would have been a better place if the pursuit of truth was a more consistent intellectual activity in the public square of India, and if certain practitioners of trophy intifada were not disenfranchised parasites in an entitlement system. Still, even the convenient theatre of conscience keeping is tolerated in a democracy, and what added a resemblance of legitimacy to it was the noisy vulgarity of those who claimed complete copyright over our heritage, our cultural ancestry, and even our dinner menu. Amidst the din, the Modernizer’s silence only added to his inscrutability.

Most critically, Modi, even as arguments swirled around him, refused to acknowledge that it was all about him—him alone. Since the day he became the inevitable usurper of the Establishment in 2014, he has been the argument, he alone, and he is, still. A section of the country has not yet reconciled to the reality of him as the ruler and spokesman of 21st century India, and it will not, no matter what he says and does to be a national unifier. So forget them, their pathological aversion to the man is here to stay. Perhaps it is what makes them remotely relevant in the fringe market of wretched India, and they need trophies to throw back, and ‘fascism’ to cry about. Even they are tolerated in a resilient democracy such as India. Modi needs words to keep intact an India larger than the one they inhabit—the India of everyday grievances and ordinary pleasures, of little traditions and a million cultural attitudes.

It requires the daring of a leader to go beyond his own ideological inheritance—to the realm of ideas that make history, which—don’t we know?—is Modi’s destination. Overcoming the political hurdles—the reawakened regional satrapies in the wake of Bihar or the simulated aggression of the princeling or the persecution mania of the Family—is not the real problem for him, for the collective desperation of his antagonists is no match for his urge to win, the intensity of his pursuit. What matters, and what will give a thematic heft to his performance, is his ability to be a campaigner against hate and fear. Perhaps the most ideal description of the country could be a variation of the title of a book by Robert Hughes, the late Time art critic and polemicist, on multicultural America—the fraying of India in an age of culture of complaint. It is a place made for the Great Reconciler.