“I work within the rules, but I find the little loopholes that allow me to do my own thing.” —Sofie Ashraf, 21 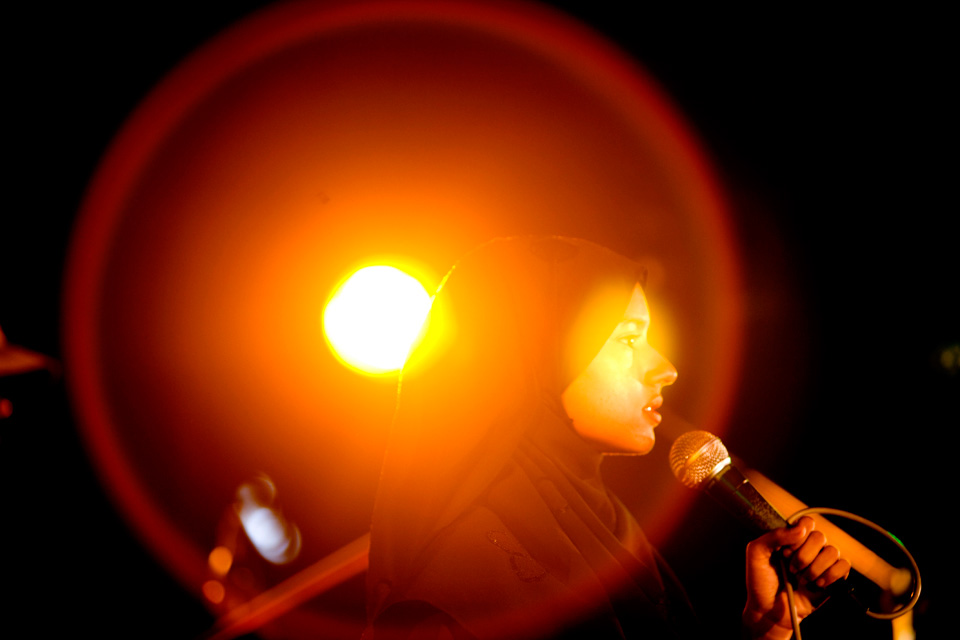 “I work within the rules, but I find the little loopholes that allow me to do my own thing.”  —Sofie Ashraf, 21


It’s like when you really like a band, you wear T-shirts of that band, Well we really, really like Islam, so we wear the burkha. I rap because I can’t sing. But I love music, so it had to be rap. Soon, the burkha and the rap formed an identity of itself, and people started recognising me as The Burkha Rapper.

The Justice Rocks Concert was the first platform where I felt the setting and the timing was right to talk about Islam. The Mumbai attack had just happened and everyone was waiting for a proactive Muslim to come out and say what Islam was about. I was just blown away by the response.

There are those who are not convinced about the burkha. Sure. Now that we wear it, we feel empty, naked without it. There is a line in the Quran that says: “To you, your religion, and to me mine.” And so they are letting me express myself the way I want to.

People tend to think that someone who tries to be different and someone who breaks the rules are the same. I work within the rules, but I find those little loopholes that allow me to do my thing.