The Myth of Islamic Exceptionalism

The struggles and failures of liberalism are not religion-specific 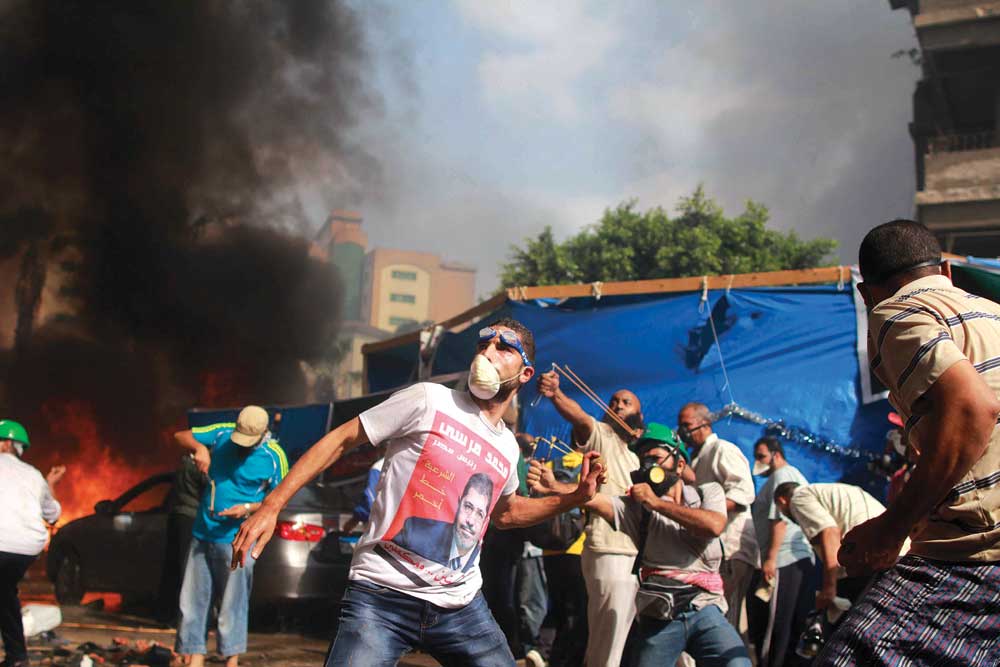 ABOUT A DECADE ago, I attended a conference at a liberal institute in Cairo that introduced international journalists and scholars to a number of Egyptian dissidents. Back then, the rule of President Hosni Mubarak (the leader whose toppling defined the 2011 ‘Arab Spring’) seemed implacable. Though the activists harboured the long-term goal of getting rid of Mubarak and his scions, they were less interested in starting a revolution than expanding political freedoms and forcing small concessions from the state. They represented a wide range of Egyptian political persuasions, from urban liberals to trade unionists to moderate Islamists to former jihadis (I remember one startling exchange I had with an erstwhile militant, who, after describing the pious process through which he came to renounce violence, took me aside to ask whether Indian women were promiscuous). At the time, I was struck by the intellectual and cultural diversity of those civil society activists, how they were trying to sketch a better future for Egypt even though their ideas about politics and society seemed irreconcilable.

It was this unlikely coalition, united in their opposition to Mubarak, that brought down the regime in 2011. But events in the following years would show how ephemeral that unity was. Free elections in 2012 swept the Muslim Brotherhood to power. Barely a year later, a military coup unseated the Islamist government. Even when soldiers killed over 800 people in the infamous Rabaa massacre in Cairo, many liberals applauded the army’s aggressive move against the Brotherhood. The military still rules Egypt. Liberals and Islamists may have rallied together in 2011, but Egyptian society has grown increasingly polarised since.

The failure of the Arab Spring revealed a great tension between liberalism and democracy in the Middle East. Faced with the democratic rise of Islamist politics, liberals in places like Egypt and Tunisia chose to support the authoritarian ancien regime. That tension is at the heart of Shadi Hamid’s provocative book, Islamic Exceptionalism: How the Struggle Over Islam Is Shaping the World (Pan Macmillan; Rs 499; 306 pages). An Egyptian American analyst of Middle Eastern politics, Hamid argues that it is misguided to expect liberal ideas to triumph in the Middle East and for secular societies to emerge there in line with those in the West. Islam is ‘exceptional’, he claims, because it is not constituted to accept the separation of religion and politics. ‘The only long-term solution is to find a place for Islam, in its varied political forms, within the democratic process,’ he writes. In imagining the future of Egypt, for instance, it will be impossible to build a representative democracy without accommodating the Islamist politics of groups like the Muslim Brotherhood. Hamid urges observers in the West to understand religion as an integral part of the Middle East’s politics, not an obstacle to its democratisation.

He takes the reader on a rather sweeping 1,500-year survey, part potted intellectual history, part theological crash course, in order to sketch what makes Islam ‘different’. Relying on a reading of scripture and law to define Islam, he finds something fundamental, for instance, in the doctrine of Quranic inerrancy (unlike Judeo-Christian scriptures, which were written by men, the text of the Qur’an is the direct word of God) and in Muhammad’s foundational role as both prophet and political leader (the birth of the religion was entangled in the birth of a Muslim state) to distinguish Islam from Christianity. Where the latter ‘succumbed to secularization,’ the former cannot because its totalising system for ordering temporal and spiritual affairs can’t brook the separation of politics from religion.

Hamid urges observers to understand religion as an integral part of the Middle East’s politics, not an obstacle to its democratisation

This is actually quite a familiar way of characterising Islam, one used by many writers since the 9/11 attacks and the onset of the ‘war on terror,’ positioning the religion as fundamentally at odds with Western modernity. Hamid is aware that his description of Islam plays into the hands of Islamophobes—and indeed virulent Islamists, who are also committed to the idea of Islam’s exceptionalism— but remains unapologetic. “I don’t think religions can be whatever we want them to be,” he said in a recent interview. “It’s not my job to make Islam look good; it’s my job to honestly reflect things the way that I see them.”

He is unconvinced by the reams of historical and anthropological scholarship that suggests Islam (like all faiths) is contingent and fluid, interpreted and manipulated through the ages to suit changing times. Hamid pushes back against what he calls this ‘epiphenomenal’ understanding of Islam, which places expressions of religious faith in their material circumstances. For instance, we could understand the appeal of the Palestinian Islamist group Hamas not in terms of its espoused ideology but as a product of Israeli aggression or poverty in Gaza or the failure of more secular Palestinian nationalist movements. While Hamid wouldn’t dispense with that context, he believes rather fervently in the importance of belief. For people in the West— where he claims religion has dissipated as a meaningful force in daily life— ‘it can be difficult to understand why people do seemingly irrational things in the service of seemingly irrational ends.’ In the Middle East, religion remains a powerful source of motivation and inspiration and must be taken seriously.

To that end, the meat of the book consists of three sections on Egypt, Turkey, and Tunisia. These chapters are fluent and compelling in their scrutiny of the dilemmas facing mainstream political Islamists now, detailed to the point that they seem a little tangential to Hamid’s less subtle, overarching argument. He is on the most solid ground in Egypt, where his descriptions of debates among members of the quashed Muslim Brotherhood show how denying Islamism political space only accentuates cleavages in Egyptian society and may lead to greater instability and violence. His claims about Turkey and Tunisia are less persuasive. The Turkish President Recep Tayyip Erdogan’s hard turn in recent years is not, as he claims, part of a programme of resolute Islamisation, but rather the sign of intensifying authoritarian rule, in line with the rise of strongmen rulers in Russia, India, the United States, and elsewhere. While Hamid is right to point to the worrying number of Tunisians who have joined the Islamic State and other jihadist groups, the little North African country is a relative success story in the region, where secularists and Islamists have managed to strike a delicate, mostly peaceful détente.

India is not a Muslim-majority country, but does that make the experience of Indian Muslims less representative of the way Islam works in the world?

Nevertheless, Hamid’s main insight is an important one: Islamism cannot be wished away. For democratic systems to deepen and strengthen in the Middle East, Islamist forces—which, like it or not, represent significant tranches of the public—must be allowed political space. He doesn’t explore what that means for, say, women’s empowerment in the region. But he is withering in rejecting the view that all societies are fated to arrive at the same liberal, secular destination.

Correctly, Hamid reminds readers that Islamist politics, even of the horrific Islamic State variety, are inescapably ‘modern’, the outcome of Islam’s grappling with the imposition of the Western-style nation-state. This notion may be unfamiliar to political scientists (Hamid is a bright product of that rather staid American discipline), but is taken for granted by historians, anthropologists, and other cultural theorists of the region. It is wrong to see Islamism as some kind of eruption from the past. He makes the strong case that ‘liberal determinism— the notion that history moves with intent toward a more reasonable, secular future— has failed to explain Middle East realities.’ Many Western liberals (Hamid mentions the late Christopher Hitchens and the American writer Michael Walzer, but one could add to their number the so-called ‘New Atheists’ Sam Harris and Richard Dawkins, whose attacks on Islamism and Islam have won a cult-like following) frame the threat of political Islam in existential terms. In their view, Islamism is a gaping pothole on the onward march of human progress, a route that would otherwise lead inexorably to secularised societies with clear separations of church and state. This aspiration is delusional according to Hamid, at least when it comes to the Middle East, whose peoples he describes as essentially conservative. ‘Forcing people to be liberal or secular, particularly when they don’t want to be, doesn’t tend to work well.’ Liberals fail to recognise the great contemporaneity of Islamism. ‘There are few things more modern,’ he writes, ‘than the ostentatious and mannered anti-modernism of modern-day fundamentalism.’

This claim, too, is not particularly original, but what is new about Hamid’s approach is that he lays that recognition of the inalienable modernity of Islamism (that is, the political use of Islam) alongside a fairly rigid view of the essential character of Islam. It is quite a balancing act, and it left me wondering whether Hamid might have benefited from tightening his analytical lens.

The scope of his argument is over- pitched. It speaks for Islam writ large, without reckoning with the extremely diverse ways Muslims have wrestled with the difficulties of the nation-state, liberalism, and democracy around the world. I was struck that in nearly 300 pages, India is afforded half a sentence (and that, too, only in reference to the rise of right-wing Hindu nationalism) even though there are as many Muslims in India as there are in Egypt, Turkey, and Tunisia combined. India is not a Muslim-majority country, but does that make the experience of Indian Muslims—who, just like Muslims in the Middle East, endured the jolts of empire, nationalism, and state formation—less representative of the way Islam has worked and works in the world?

Furthermore, it’s not just in the Muslim or Arab world that the liberal project is floundering. ‘Irrationalism’ is on the march everywhere. This year has witnessed the further rise of populist strongmen and identity-driven politics in Europe, the Americas, and in Asia. As Hamid himself recognises in a recent essay in Foreign Policy magazine, ‘whether it’s nativism, European-style ethno-nationalism, or in the case of the Middle East, Islamism, the thread that connects these disparate experiments is similar: the flailing search for a politics of meaning.’ The growth of illiberalism everywhere erodes the idea that the Middle East (thanks to ‘exceptional’ Islam) is uniquely the province of irrational political action.

Hamid writes Islamic Exceptionalism for a Western audience, his colleagues and peers in Beltway think-tanks and university institutes. To emphasise the religion’s fundamental difference, he contrasts it with the historical experience of Christianity in Europe. Of course, Islam looks ‘different’ in that light. But to prove that it is ‘exceptional,’ that Muslim societies are not inclined to Western liberal democracy, he would actually have to turn east and south. How have other non-Western societies adjusted and transformed to fit the strictures of the nation-state system that spread from Europe in the 19th century? Hamid’s argument looks more fragile the further out you zoom. We see countless examples— from China to Uganda—where illiberal politics survive and thrive and where the Western model of liberal democracy looks remote. Religion, too, remains a powerful, daily component in the politics of many non-Muslim majority countries, used to censure homosexuality in parts of sub-Saharan Africa and ban beef in India. Islam’s effects in the Middle East seem less exceptional when placed in that frame.

As Pankaj Mishra wrote recently in the Guardian, ‘Modern history provides enormous evidence for the persistent power of unreason.’ The story of liberalism’s struggles and failures is a global one. By dwelling on Islam’s supposed exceptionalism, Hamid not only borrows from the dangerous language of the ‘clash of civilizations’, but he also risks missing the wider picture.