From Hilary Mantel to Perumal Murugan

THE MIRROR & THE LIGHT | Henry Holt and Co | Hilary Mantel 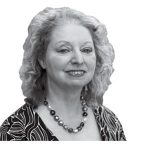 This is easily the most anticipated book of the year by the two-time winner of the Man Booker Prize. With The Mirror & the Light, Mantel brings to a close the trilogy she began with Wolf Hall and Bring Up the Bodies. She traces the final years of Thomas Cromwell, the boy from nowhere who climbs to the heights of power, offering a defining portrait of predator and prey, of a ferocious contest between present and past.

Ullis went to the bathroom and carefully unfolded the business card and placed it on the sink. Then he rolled up a note and snorted the last of his wife’s ashes. Following the death of his wife, Dominic Ullis escapes to Bombay in search of oblivion and a dangerous new drug, Meow Meow. So begins a glorious weekend of misadventure. From the Booker-shortlisted author, we now have one man’s whirlwind weekend of self-destructive grief. 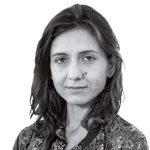 Moshfegh is one of the most exciting women writers today. Here she returns with a pitch-black comedy. While on her daily walk with her dog in the nearby forest, the protagonist comes across a handwritten note, ‘Her name was Magda. Nobody will ever know who killed her. It wasn’t me. Here is her dead body.’

Nine-year-old Jai watches too many reality cop shows, and thinks he’s smarter than his friends Pari and Faiz. When a boy at school goes missing, Jai decides to use the crime-solving skills he has picked up from watching episodes of Police Patrol to find him. But playing detective is no longer child’s play. With Pari and Faiz by his side, Jai ventures into some of the most dangerous parts of the city. But kids still vanish, and the trio must confront terrified parents, an indifferent police force and soul-snatching djinns in order to uncover the truth.

Cynthia Wright is a rising star in American politics, tipped as a future candidate for president. One night she is violently assaulted in her home by an intruder. She defends herself and minutes later, the intruder lies dead. But inconsistencies emerge in Wright’s story. When former White House troubleshooter Maggie Costello investigates, she finds gaps, especially over Wright’s early life. To Kill a Man explores an unsettling world in which revenge seems to be the only answer.

A follow-up to the Gollancz Book of South Asian Science Fiction (2019), this volume contains stories by acclaimed authors from across the subcontinent.

The original Malayalam novel was awarded the Kerala Sahitya Akademi Award. Here is a ‘magical biography’ of a writer grappling with his political beliefs, aesthetics of his craft and his love life.

365: A POEM A DAY | HarperCollins | Selected and edited by Gulzar 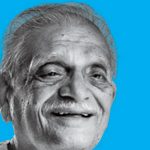 A collection of 365 poems by a variety of Indian poets, handpicked and translated into Hindi by Gulzar, this book offers a glimpse of the range and depth of contemporary Indian poetry.

Thirty years after leaving India for a better future in America, Tina and her family head to Delhi for her cousin’s great big Indian wedding and wonder if they may have got it all wrong. This is an insider’s look at the celebrity-strewn, diamond-studded,
brocade-swathed Indian shaadi.

The author of the international bestseller Crazy Rich Asians, Kwan now takes us to a Mediterranean island. The novel moves to the penthouses of Manhattan’s Upper East Side. Sex & Vanity is part coming-of-age tale of a young woman caught between two cultures and a comedy of manners set amongst the world’s most privileged. 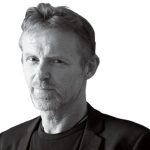 In the far north of Norway, a man lives a peaceful life. However one day his younger brother, always the more successful and charming of the two, turns up to visit. His new wife accompanies him. A bond develops between the woman and her host, with violent consequences. It turns out that the little brother is not quite as angelic as he seems.

IF IT BLEEDS | Hachette | Stephen King 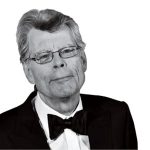 This is a collection of four stories, including a stand-alone sequel to The Outsider. Holly Gibney of the Finders Keepers detective agency is working on the case of a missing dog—and on her own need to be more assertive—when she sees the footage on TV. But when she tunes in again, to the late-night report, she realises there is something not quite right about the correspondent who was first on the scene.

In this new novel Mitchell, Booker Prize nominated bestselling author, turns to the late 1960s. Mitchell tells the story of Utopia Avenue and its age; of riots in the streets and revolutions in the head; of drugs and thugs, schizophrenia, love, sex, grief, art; of the families we choose and the ones we don’t.

This is an adult mythological retelling of the 18 days of the Mahabharata war from the points of view of Bhishma, Draupadi and Arjuna.

The Rickshaw Reveries takes one into the bizarre and fantastic, while exploring Delhi’s many subterranean truths. Delinquents, drug peddlers, rickshaw wallas, and Khan Market diplomats—all find themselves at home here.

These stories tap into love, violence, intimacy and strangeness that technology, particularly the Internet, have brought to the lives of Indians. 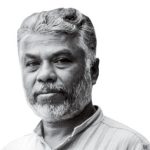 Perumal Murugan’s latest novel, set in the land of asuras, is a satire on a world where technology has overtaken common sense, and the rat race for degrees has ruined education. It explores the human condition and the frustration of failure. This is a parody of everything from e-commerce to the fitness industry, art appreciation to political manipulation.

Written in the style of a 17th-century revenge tragedy, this tale explores London’s dark history of racism while also grappling with terrorism, police corruption and masculinity. With over 108 characters, this is an exciting work.