The World Is What it Is

Economy and the environment, gender and justice—the big questions of the day 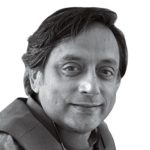 Shashi Tharoor has been a cricket fan from the time his father introduced the game to him as a child. In The Great Game, he explores the history of the sport in India and offers insights into the game and its superstars.

Ruchir Sharma writes a pithy guide to real-world economics. He distils his expertise into ten rules for identifying nations that are poised to take off or crash.

Dobelli writes about the dangers of the most toxic form of information—news. He shows the damage it does to our concentration and well-being, and how a misplaced sense of duty can misdirect our behaviour.

WINTERING: HOW I LEARNED TO FLOURISH WHEN LIFE BECAME FROZEN | Rider | Katherine May

Katherine May recounts her year-long journey through winter, and how she found strength when life felt frozen. Part memoir, part exploration of the human condition, Wintering explores the healing nature of the great outdoors.

HOW TO AVOID A CLIMATE DISASTER: THE SOLUTIONS WE HAVE AND THE BREAKTHROUGHS WE NEED | Doubleday | Bill Gates 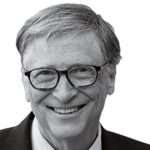 Bill Gates shares what he has learnt in over a decade of studying climate change and investing in innovations to address climate problems. He explains how the world can work to build the tools it needs to get to net-zero greenhouse gas emissions—investing in research, inventing new technologies and deploying them quickly at a large scale.

Beginning in the final days of the Ottoman Empire, Khalidi reveals nascent Palestinian nationalism and the broad recognition by the early Zionists of the colonial nature of their project. He interweaves the voices of journalists, poets and resistance leaders with personal experiences.

This book challenges the common perception of a rogue state filled with terrorists by telling the stories of ten extraordinary Pakistanis, thus subverting clichés and portraying the many sides of the country.

Every moment in our life happens only once, and if we let it slip away, we lose it forever—an idea captured by the Japanese phrase ichigo ichie. The Book of Ichigo Ichie shows us how to free ourselves from the past and the future and to make each moment unique.

HOW TO ARGUE WITH A RACIST | W&N | Adam Rutherford

Rutherford writes a manifesto to help us understand human evolution and variation, and provides us a weapon against the misuse of science to justify bigotry.

PLASSEY: THE BATTLE THAT CHANGED THE COURSE OF INDIAN HISTORY | Aleph | Sudeep Chakravarti

Chakravarti answers some of the fundamental questions around Plassey. Such as, how was—is—Plassey seen? By the victors and the vanquished? The coloniser and the colonised?

A deeply researched narrative that reveals unknown facets of the story of the development of India’s science infrastructure and the people behind it.

This is a treatise on the core of Sufi beliefs, and why they are a beacon of hope today.

MY SON’S INHERITANCE: THE SECRET HISTORY OF LYNCHING AND BLOOD JUSTICE IN INDIA | Aleph | Aparna Vaidik

This is an examination of the history of lynching in the country. Aparna Vaidik’s investigation traverses several centuries and offers powerful insights into the phenomenon. She demonstrates how violence is secretly embedded in our myths, folklore, poetry, literature, and language, and is therefore invisible. 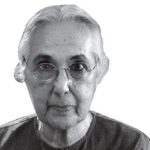 Romila Thapar spent around three-and-a-half months in China during the Cultural Revolution, recording her observations on the country. In this book, we see her as a young researcher in a country undergoing massive changes.

The fourteen-volume series, Rethinking India, aims to kick-start a national dialogue on key questions of our times. The volumes, which will be published through 2020, serve as a fresh reminder of our collective heritage.

INSPIRED BY INDIA: FROM EXOTICISM TO STYLE | Roli | Phyllida Jay

Through the lens of various material categories, including textiles, fashion, jewellery, and perfume, stories unfold surrounding the histories of objects and the complex networks of cultural exchange they represent.

VP MENON: THE OUTSIDER AND THE MAKING OF MODERN INDIA | Simon & Schuster | Narayani Basu
VP Menon was arguably the
architect of the modern Indian state. Yet little is known about this bureaucrat, patriot and visionary. In this biography, Menon’s great-granddaughter, Narayani Basu, rectifies this by exploring the man behind the public figure.

A friendly, 30-page comic exploration of feminism today, and why it’s important for our feminism to be international plus intersectional. 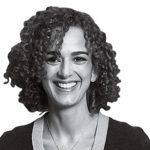 The bestselling author of Lullaby turns her hand to nonfiction, in a collection of essays exploring the sex lives of Moroccan women.

HOOD FEMINISM: NOTES FROM THE WOMEN THAT A MOVEMENT FORGOT | Bloomsbury | Mikki Kendall

This book is an indictment of the shortcomings of a movement which claims to stand for all women but only seems to focus on increasing the privilege of the few.

Vaasanthi tells the story of the life of Rajinikanth, or Shivaji Rao Gaekwad, once a coolie and a bus conductor in Bangalore and now a ‘god’ in Tamil Nadu. 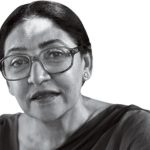 Actor Deepti Naval writes a memoir about growing up in Amritsar in the 1950s and ’60s before moving to Bombay to join the movies.

The book takes 1992-1993 riots as a background and retells real life stories of victims of hate crime. It emphasises that political undercurrents in a country can set off series of bombing and mass violence even in the most metropolitan of cities. It also questions how fragile our society is in times of social media where hate crimes can be magnified. 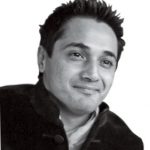 What does it mean to lose someone? Dhanvant Shanghvi draws on a string of devastating personal losses—of his mother, of his father and of a beloved pet—to craft a memoir of death and grief.

YOU’RE NOT LISTENING: WHAT YOU’RE MISSING AND WHY IT MATTERS | Celadon Books | Kate Murphy

Kate Murphy draws on conversations from priests to CIA interrogators to show how only by listening well can we truly connect with others. Listening is about curiosity and patience—about asking the right questions in the right way.

In this new no-f**ks-given guide, ‘anti-guru’ Sarah Knight is going to show you how to stop saying yes when you mean to say no. How to be polite but firm. How to get the message across (nicely) that you really mean it.

An account of the Mount Everest avalanche on April 25th, 2015, which encompasses the portrait of a nation, the dynamics of disaster, and its impact on the people it envelops.

This is a continuation of the first volume and explores, through Manu’s letters and correspondence with MK Gandhi, his relationships with his family and friends.

Vinay Lal explores India’s culture of visual art during the freedom movement, tracing the country’s artistic output from the First War of Independence in 1857 to the assassination of Mahatma Gandhi in 1948, reproducing key pieces of art with context and criticism.

This visual biography of the Dalai Lama is an intimate profile of the spiritual leader. Tenzin Geyche Tethong, a close aide of His Holiness for 40 years, offers readers unprecedented access to the Dalai Lama and his journey.

Three Khans dominate India’s transforming narrative over three decades. With their distinct fandom, specific body of work and their irresistible resilience, Aamir Khan, Salman Khan and Shah Rukh Khan have changed the game. Bamzai writes a story about the country we were and are now. 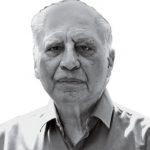 Daruwalla, best known for his poetry and short stories, now turns memoirist. He has also worked with the Intelligence Services, and has served on the Minority Commission. A memoir such as his contains a life of literature as well as public service, and is full of stories about the country’s history, governance and bureaucracy, and about the state of being a writer.

INFERNO | Bloomsbury | Catherine Cho
Struggling with postpartum psychosis, Cho is separated from her young son and husband after being involuntarily committed to a psychiatric ward in New Jersey. In an attempt to cling to her sense of self, she reflects on her Korean American upbringing and abusive adult relationship while grappling with marriage, pregnancy and motherhood.