Films and series that defied the received wisdom of storytelling 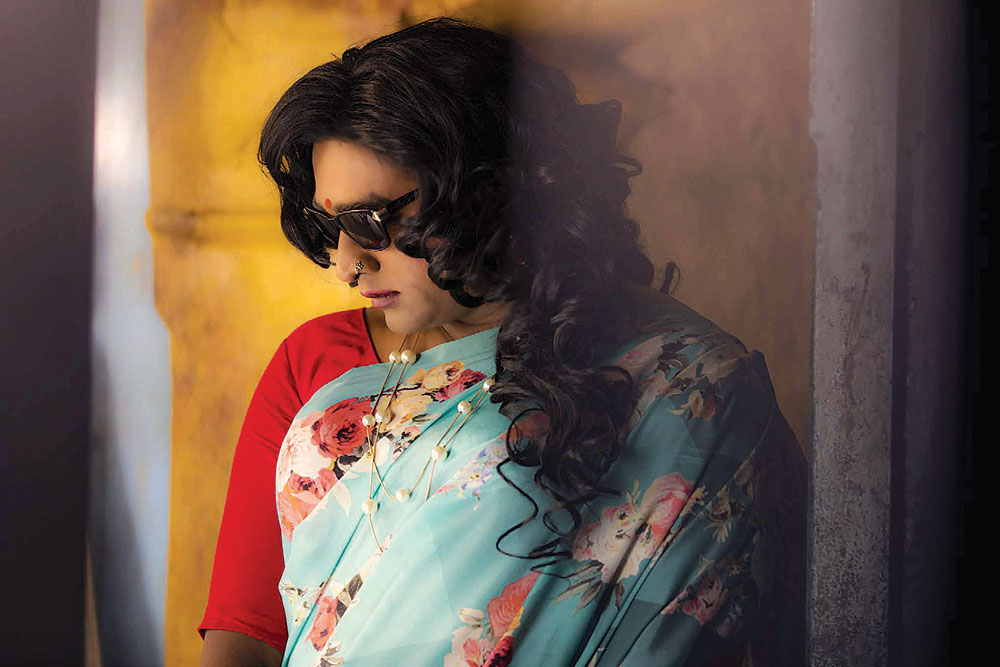 A scene from Super Deluxe

There are few pleasures greater than discovering a staggeringly original film; when you have literally no idea what’s going to happen next. Aaranya Kaandam (2010) director Thiagarajan Kumararaja committed years to making this dark comedy whose clutch of wild, unpredictable stories tie in together in a way that compels you to view the universe through new eyes. In one hilarious track a group of teenage boys get together secretly to watch a porno…and somewhere along the way aliens show up! In another, a married couple (Fahadh Faasil and Samantha Akkineni) tries to get rid of a corpse from their home…the corpse of the wife’s ex-lover. But the best track is the one involving a six-year-old boy whose father has returned home after years…as a trans woman. Although frequently indulgent, Super Deluxe was charming, bold, and defiantly one of a kind. 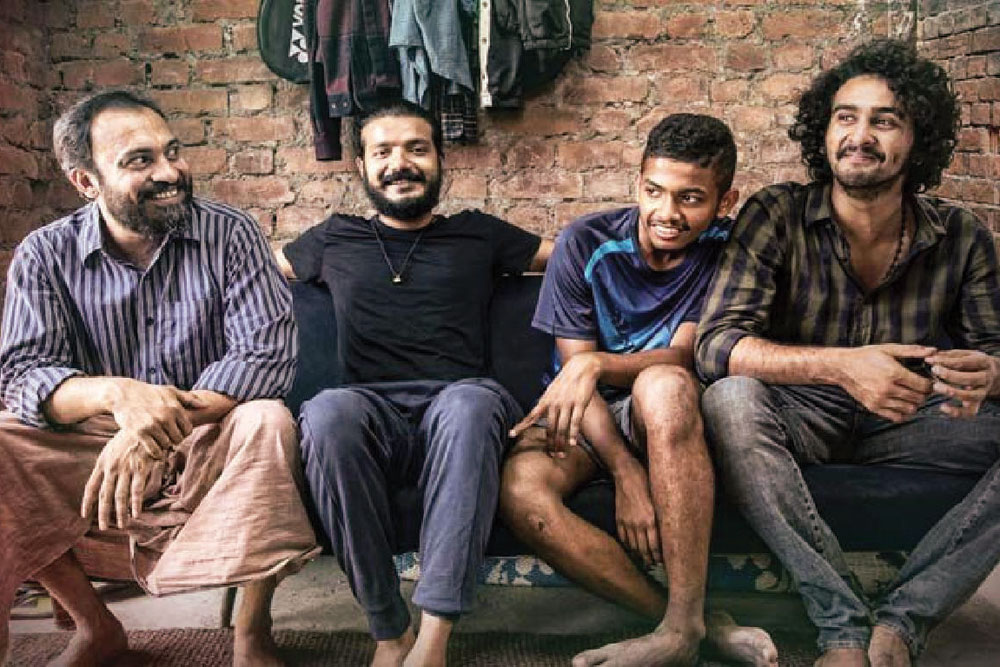 What is it about this film that is so captivating? On the surface it’s the story of four brothers, living on a fishing island, in an unfinished house, with no front door and more gapingly, no women in their lives. When events unfold, you see the emotional holes in each of them. As women enter their orbits, one by one, they soften and they heal, slowly becoming a family.

Yet Kumbalangi Nights captures your imagination with so much more—the incredible performances from an ensemble of fine actors, a winning score, and gorgeous cinematography.

Money Shot: An innocent Saji (a scene-stealing Soubin Shahir) smilingly taking in insults from the arrogant Shami (Fahadh Faasil, excellent as always), while discussing a marriage proposal for his brother Bobby. 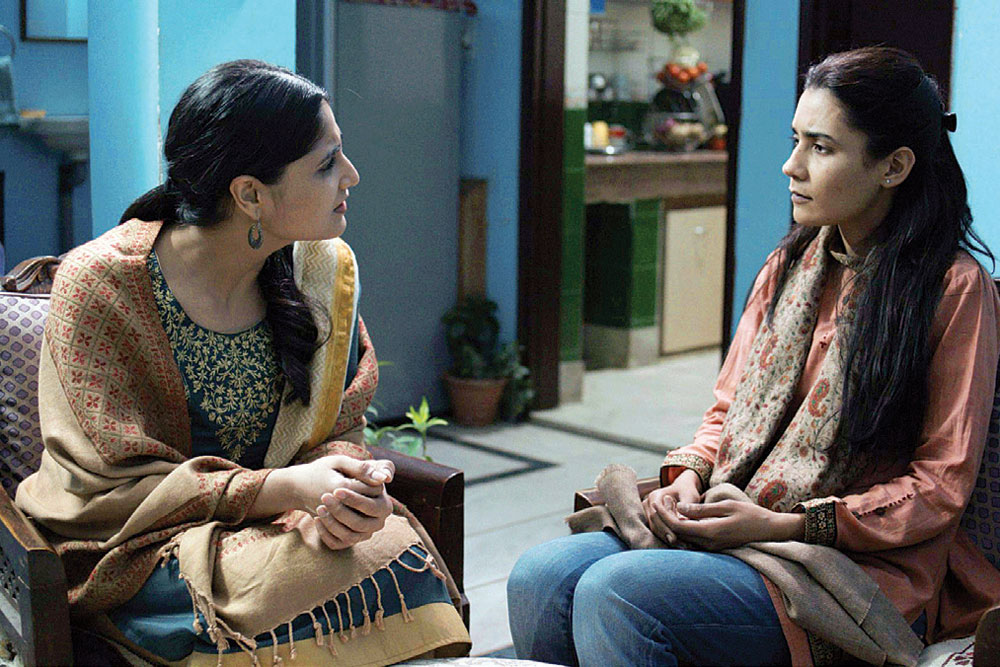 Two women navigate a career in a man’s world, in this excellent quasi-documentary. One is Delhi sub-inspector Soni (Geetika Vidya Ohlyan), a hothead who explodes when men misbehave, regardless of the consequences. The other is her superior, the seemingly impenetrable DCP Kalpana (Saloni Batra), who must deal with those consequences. Director Ivan Ayr holds a mirror to our society by showing the casual sexism that women face day on day, both at the workplace and at home. The film is so real, and like life, it offers no easy solutions.

Money Shot: The opening sequence shows Soni cycling through the dark night, followed by a cat-calling stalker—until it all swiftly changes. 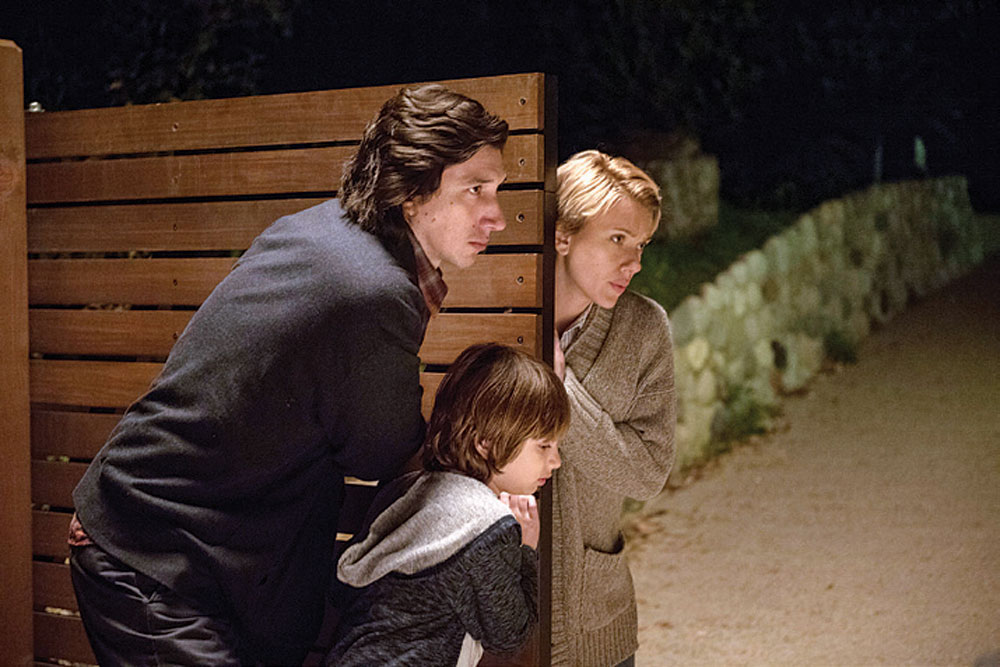 Rarely has the disintegration of a marriage felt so intimate and immersive on the screen as it does in this delicate, authentic drama from Noah Baumbach. Adam Driver and Scarlett Johansson are in excellent form playing a New York theatre couple who’re struggling to keep their divorce as civilised as possible for the sake of their eight-year-old son, and for the love they shared. Baumbach makes it hard for us to take sides; these are flawed people who’ve both made mistakes, but who want to do right by their son. There’s also a delicious turn by Laura Dern as a slick divorce attorney who clearly enjoys the dance of negotiation and extraction. But the film is extraordinary because it’s about inherently decent people going through something that takes a piece out of them…and us.

Money Shot: During an explosive argument in his rented flat Charlie (Adam) says something so cruel, so hurtful to Nicole, he collapses crying onto the floor…only to be comforted by her, who understands how much he must be hurting for him to lash out in that way. 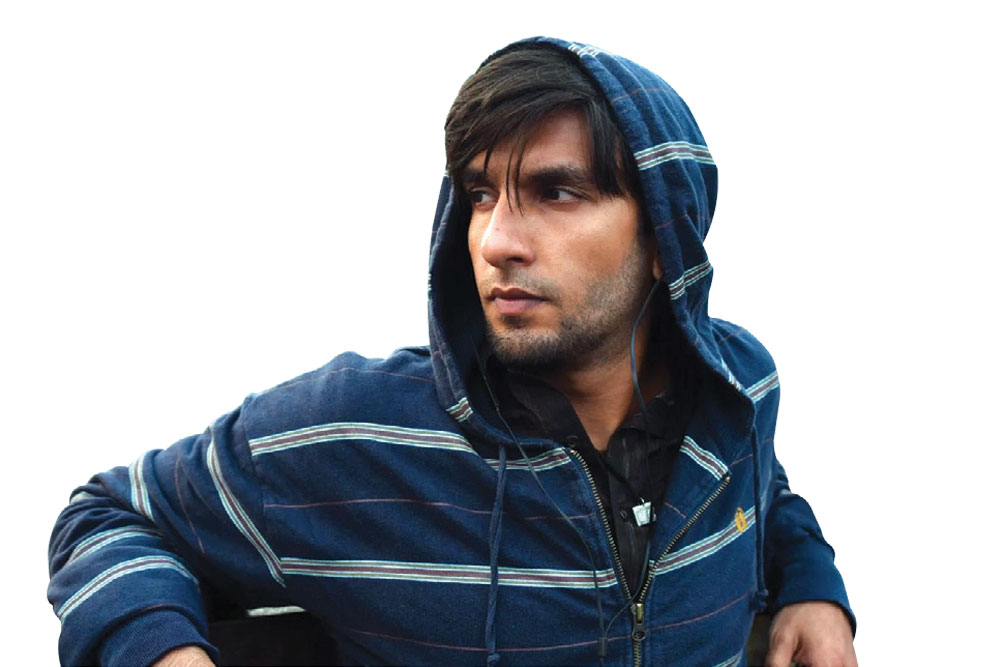 I caught Zoya Akhtar’s celebration of desi hiphop at the Berlin Film Festival in February, a week before its theatrical release in India, and it remains for me the best mainstream Hindi film of the year. The underdog story of a
rapper from Dharavi who channels his anger into his lyrics while struggling to break into the big time, Gully Boy had everything you hope for in a satisfying, wholesome Hindi film—extraordinary performances, especially from Ranveer Singh in the role of the protagonist, Alia Bhatt as his feisty girlfriend, and Siddhant Chaturvedi as his mentor MC Sher; also a propulsive soundtrack that powered the film every step of the way; and empathy for the world it is set in and its inhabitants. The messaging—that art cuts across social, economic divides—may be obvious, but Zoya’s keenly observed portrait of this authentic world was hard to resist.

Money Shot: That wordless scene between Murad (Ranveer) and Safeena (Alia) in a BEST bus that conveys the comfort between a couple that have been together a while. 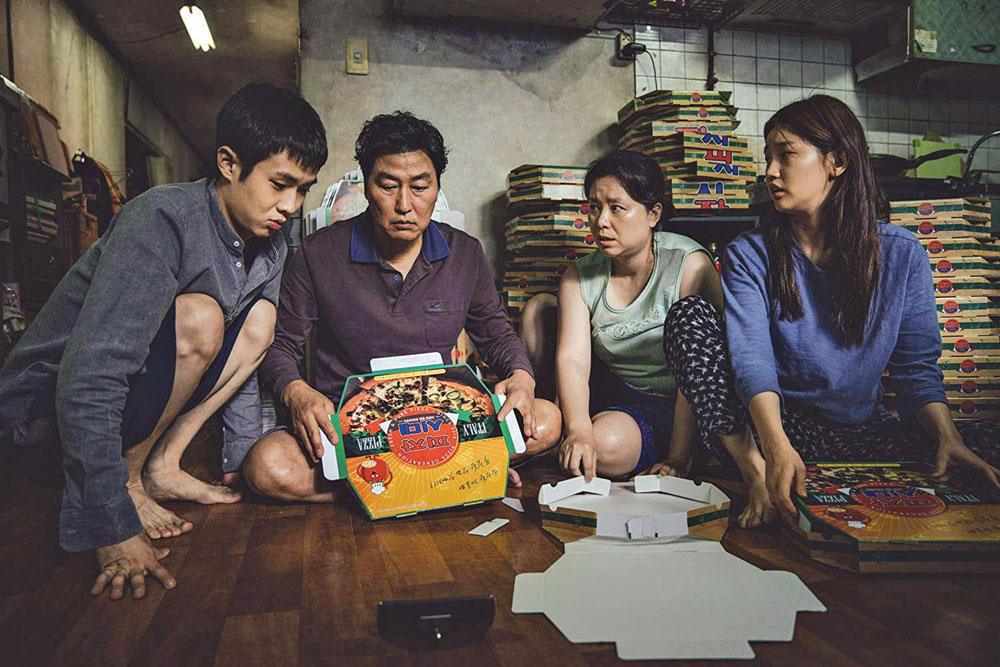 Everything you’ve heard about Korean genre specialist Bong Joon-ho’s Cannes-winning film is true. This dark satire about the class divide in contemporary South Korea is a sharp, suspenseful, and entirely unpredictable film-watching experience that ranks as my absolute favourite this year. It focuses on the members of a poor family that scam their way, one by one, into the employment of a rich family that remains blind to their machinations as long as they don’t disrupt their comfortable, lazy lifestyle. And that’s the key to the film’s metaphoric title, although good luck making up your mind about who you identify as parasite and host. That’s the charm of this film that won’t offer any easy answers, and refuses to fit into any box.

Money Shot: A married couple in bed has sex, oblivious to the presence of—and obvious discomfort of— a father and daughter hiding mere feet away. 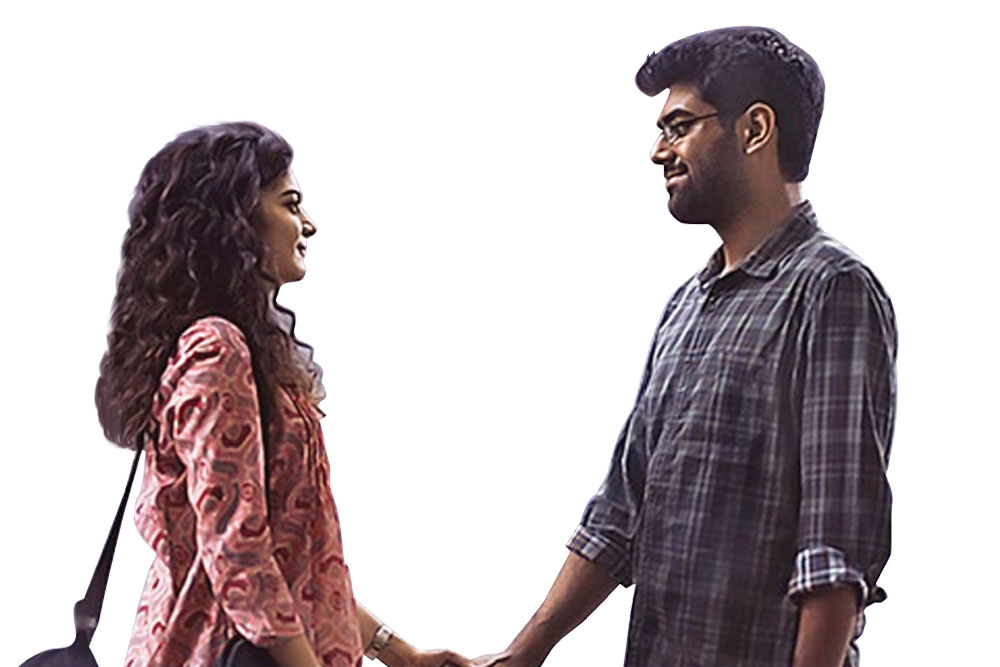 Few series have succeeded in staying as compelling through their second and third seasons, which makes Little Things a refreshing rarity. The push and pull of modern, urban relationships—as evidenced through the show’s complex but authentic leads Dhruv (Dhruv Sehgal) and Kavya (Mithila Palkar)—is nicely, and intelligently committed to the screen through sharp writing. In its third season the stakes are higher as the young couple (who’ve been living together a while now) must seriously contemplate marriage, consider the prospect of living apart, and reflect on what they really want in life. Even at their most confused Dhruv and Kavya offer comfort in the knowledge that you’re not the only one messed up.

Money Shot: While Face-timing with Dhruv from her birthday dinner in Mumbai, Kavya is convinced he’s flown in from Bangalore to surprise her. He hasn’t. She’s hurt. But no melodrama. This is not that kind of show. 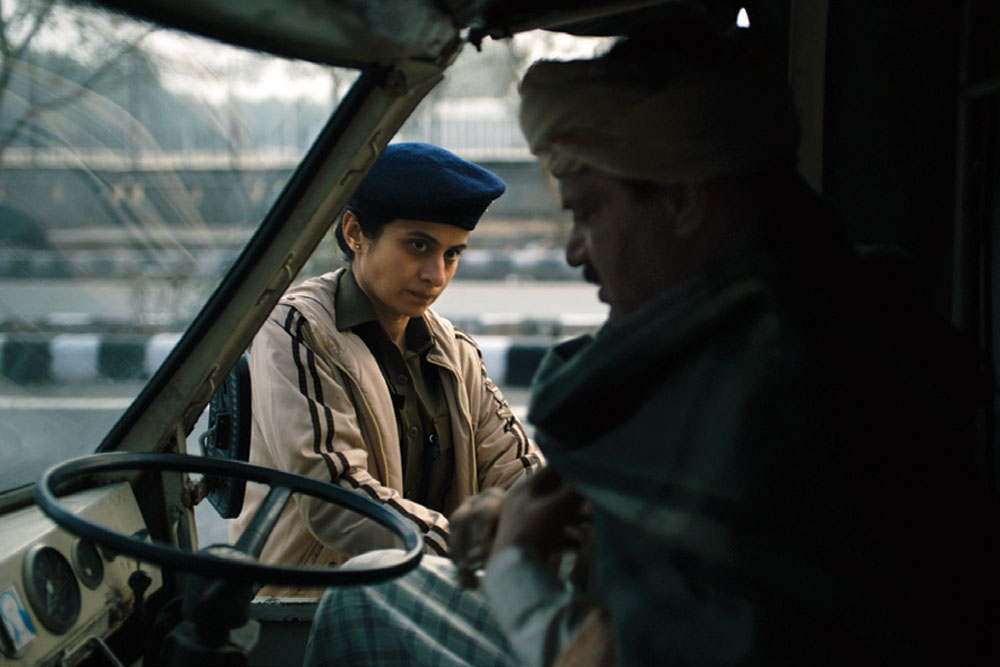 This Netflix original directed by Richie Mehta took on a different tack while looking at the Nirbhaya rape case—through the eyes of the Delhi police who had to crack the case and nab the perpetrators before they disappeared. Grittily mounted and with a quiet, realistic treatment, Delhi Crime built up the suspense of nabbing the culprits. We see a humane side to the cops (even if this seemed compromised, considering the criticism the force and authorities received for the case). Shefali Shah headlined a terrific cast, playing the investigating officer in charge. She’s repelled by the horrors of the case, but must put it aside to work night and day towards catching the men. The series takes you through those days, brick by brick, aided by solid acting, excellent atmospherics, and crisp storytelling.

Money Shot: One of the rapists cold-bloodedly narrating what he did to the victim. Even if you knew all the details, the manner in which the scene shows him recounting it is stomach-churning. 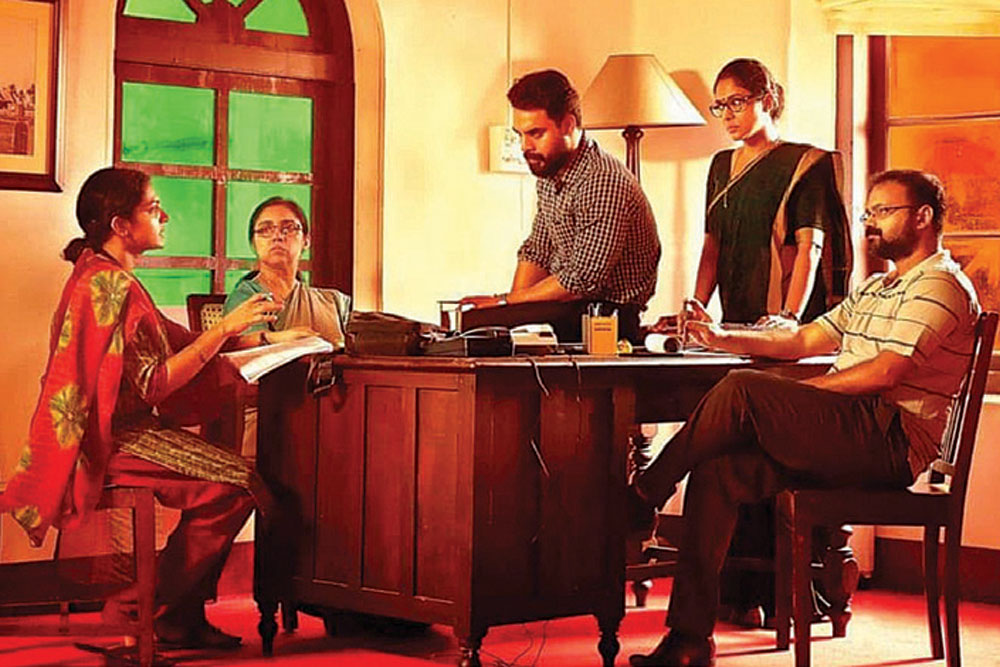 In some movies, you know how the story will play out. But it’s the storytelling that stands out and Virus, a thriller based on the real-life Nipah virus outbreak in Kerala, falls in this territory. Director Aashiq Abu uses emotions like dread, tragedy and hope to cling-wrap a medical thriller. There are no central players in Virus—just an ensemble of first-rate actors putting in authentic performances. It shows how the Kerala government and authorities piece together the mystery of Nipah from its first victims and how it spreads. The idea is to stop the virus in its tracks, much like how cops would trace a serial killer with clues and put a stop to killings. Virus is one thriller that feels so real, you’ll never look at a fever the same way again.

Money Shot:Nurse Akhila (played evocatively by Rima Kallingal), who treated the first patient, is on a hospital bed, facing certain death. She asks for a pen and paper and writes a heartbreaking last letter to her husband. 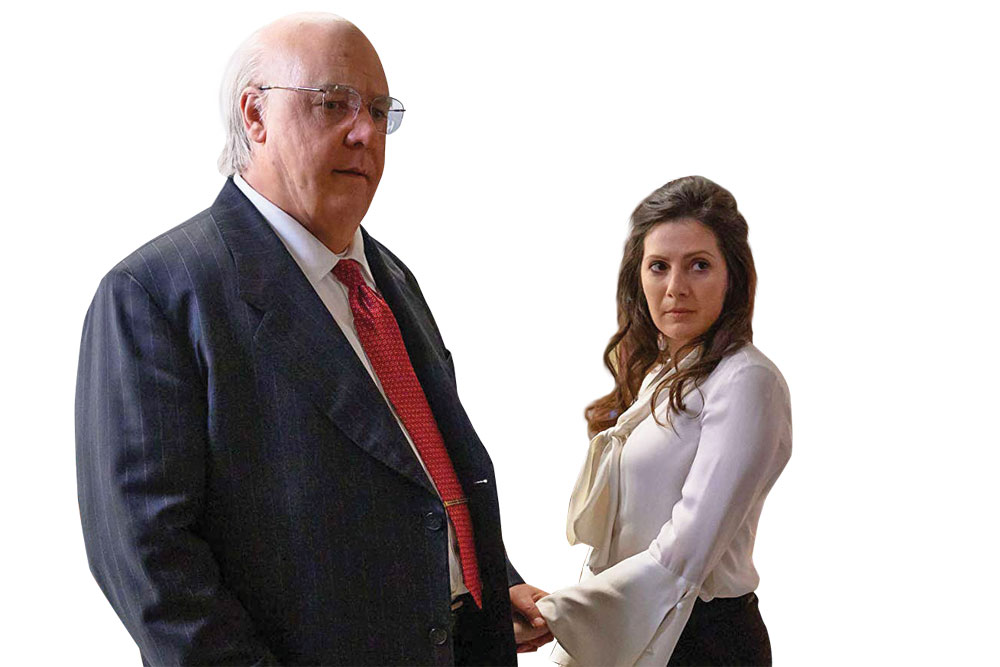 This rivetting seven-part series was on the life of television executive Roger Ailes, showing an uncompromising portrait of a man who had a meteoric rise and a spectacular fall. Under plenty prosthetic make-up was Russell Crowe, who brought Ailes to life, showing the megalomaniac who gave television Fox News. The former Republican strategist turned around Fox News with an uncanny ability to show viewers what they wanted. But Ailes also hired women based on their looks, turning into a sexual predator, getting away with horrific harassment, sexism and racism. Crowe puts in a compelling performance as Ailes. Naomi Watts superbly plays Gretchen Carlson, the woman who stood up to Ailes.

Money Shot: Roger Ailes is seen sweet-talking potential employee Laurie Luhn (Annabelle Wallis) into a job. His words talk of her “star power”, but the camera follows his gaze, lasciviously over her body, and you know what’s coming next.