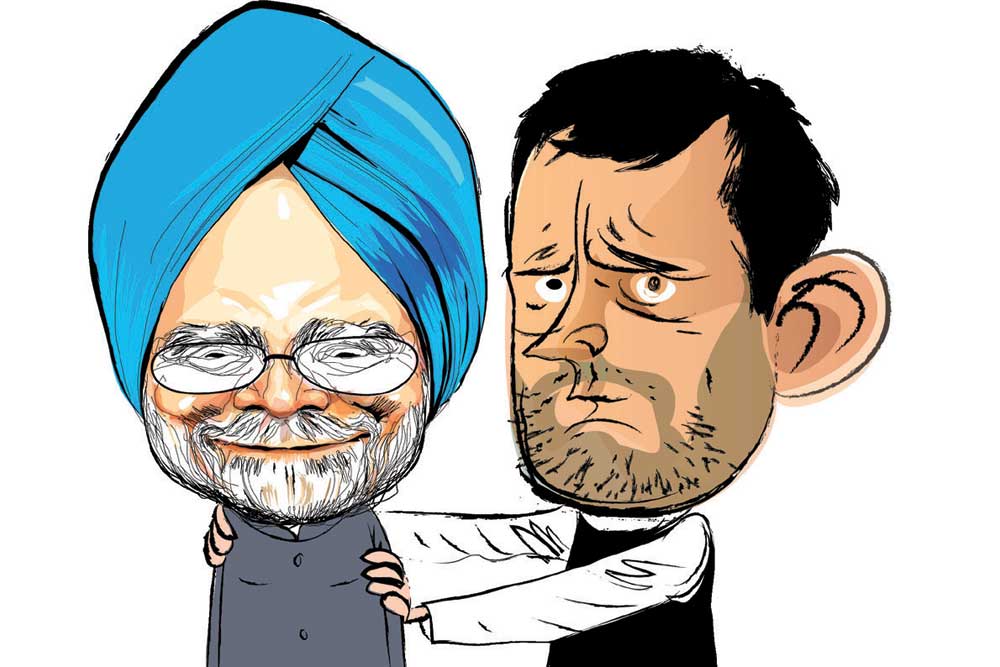 Former Prime Minister Manmohan Singh is not very active in this election and acute arthritis might be a reason. But Rahul Gandhi wanted his assistance to counter the BJP’s use of surgical strikes for their campaign. He wanted Singh to reveal similar strikes happened during the earlier Congress- led United Progressive Alliance (UPA) rule too by holding a press conference. Singh however was not keen on it, his take being politicisation was avoidable on such an issue, otherwise they would end up playing BJP’s game. So he declined. The buzz is that this upset Rahul but then Sonia Gandhi made the same request to Singh, who then relented. The Congress released a list of the surgical strikes the UPA Government did and afterwards Singh broke his silence on it.

Divya Spandana, the actress-turned-Congresswoman, used to manage Rahul Gandhi’s WhatsApp and Twitter postings. She was relinquished from that role some time back and the man who now transmits Rahul’s voice on social media is his old friend, Nikhil Alva. Son of veteran Congress leader Margaret Alva, Nikhil and Rahul know each other from their days in St Stephen’s College. The campaign slogan ‘Ab Hoga Nyay’ is also supposed to be an initiative by Nikhil.

All political parties agree that there is one visible change in this election—posters, banners, huge cutouts and garlands are no longer ubiquitous. The credit goes to the Election Commission which insisted on it to keep public spaces clean. Even in states like Tamil Nadu and Andhra Pradesh, where there has always been a cutout culture, the EC’s strictures were successful. There were no posters and banners either in Delhi’s Chandni Chowk, another hotspot for such things. Bengal is popularly known as the graffiti state but political writings on the walls of private houses can’t be seen this time. Many politicians are saying the fun is missing but EC thinks in modern times television and digital advertisement campaigns are enough. 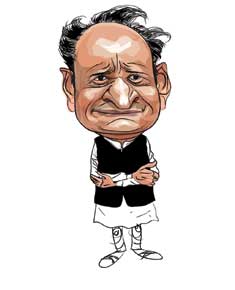 Recently, on Rajasthan Chief Minister Ashok Gehlot’s birthday, the Prime Minister sent his wishes but that hasn’t tempered Gehlot’s criticism of Narendra Modi. He has alleged that intelligence agencies, at the behest of the Prime Minister’s Office, are spying on him. Sachin Pilot too supported Gehlot’s accusations at a public rally and said people nowadays prefer to talk on WhatsApp for fear of their phones being tapped. Modi meanwhile also speaks aggressively against Gehlot in his Rajasthan rallies, saying that the chief minister is busy protecting only his son, not the party.

For 23 years Rajyavardhan Rathore was in the Indian Army and he also became an Olympic medal winner in shooting. But then politics happened and he became the first sportsman to be the sports minister. He is now trying to win again from the Jaipur Rural constituency. For two months, he was busy campaigning but with the elections over there, he finally got time to relax. He also reportedly went to the shooting range in Jaipur and picked up a gun once again for some target practice. There is nothing like your first love to fall back on in moments of leisure.

The Trinamool Congress is so dependent on Mamata Banerjee that it is as if she herself is campaigning in every one of Bengal’s 42 seats. This one-woman show can take its toll on the vocal chords but Mamata is being careful about protecting her voice until elections get over. While on the campaign trail, she drinks cold water with fresh tulsi leaves and sugar infused in it. A homeopathic medicine is the other thing she relies on to maintain her voice health.

The actor Nana Patekar is said to have been asked by the BJP to contest from Bengal, where he is very popular. But Nana eventually declined and the reason is said to be his name cropping up in the MeToo allegations last year. The BJP is also said to have asked actress Rani Mukherjee and singer Abhijeet, both of whom weren’t interested. Maybe none of them want to make an enemy of Mamata Banerjee. 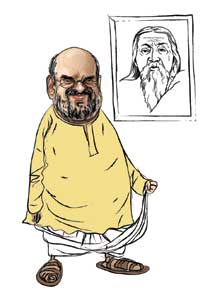 Amit Shah, keen to increase his party’s tally in Bengal, is a constant presence there, holding several rallies. What most people, even party insiders, don’t know is a Bengali connection that his family has. Shah’s great- grandfather and grandfather had been wealthy merchants in the princely state of Mansa. Before he turned to spirituality, Aurobindo Ghosh, or Sri Aurobindo as he was later known, had been attached to the Gaekwad of Baroda, Sayaji Rao, and during that period Shah’s family had hosted him. The chair on which Sri Aurobindo sat when he visited them is still preserved in Shah’s Gandhinagar residence.

Digvijay Singh might be the target of the Hindu right wing but that hasn’t stopped him from exhibiting some soft Hindutva of his own. In Bhopal, the godman Computer Baba did a yajna for the victory of Singh and 1,000 sadhus participated in it. Computer Baba also said his opponent Sadhvi Pragya is not a sadhvi at all, but a criminal.