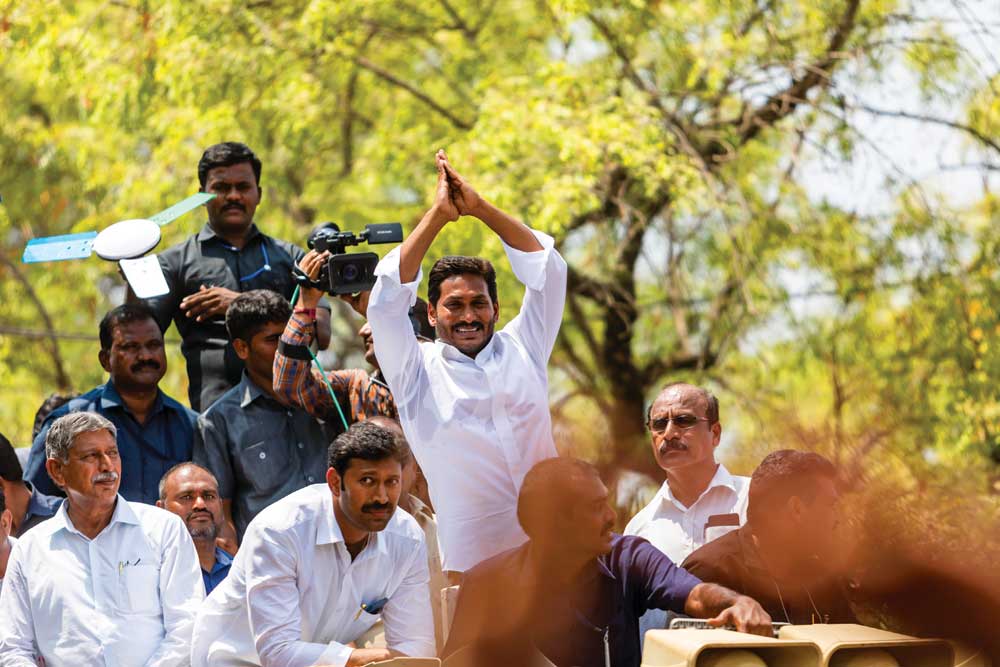 Voted back to power in the biggest-ever victory for an incumbent non-Congress government in India, the NDA stopped short of breaching the southern frontiers of Kerala and Tamil Nadu. In Karnataka, the only southern state where the BJP and the Congress were in direct contest, the fate of the Congress-Janata Dal (Secular) coalition, which assumed office exactly a year ago, now hangs in the balance with the BJP sweeping all regions of the state in the Lok Sabha polls. Exit polls had predicted a thumping majority for the BJP in Karnataka, prompting the ruling parties to allege EVM manipulation. Karnataka, which sends 28 MPs to the Lok Sabha, has given the BJP its biggest victory ever in the state, bettering its previous high of 19 seats in 2009. In the 2014 Lok Sabha elections, the party had won 17 seats. Major upsets for the ruling government include the Congress’ leader of the Opposition Mallikarjun Kharge’s loss–his first electoral drubbing in a career spanning half a century–to Umesh Jadhav, the rebel Congressman fielded by the BJP, in Kalaburagi, JD(S) patriarch HD Devegowda trailing the BJP’s GS Basavaraju in Tumkur, and veteran Congressman Veerappa Moily forfeiting the party bastion of Chikballapur.

“We had expected to win 22 seats, but we ended up winning 25. This can only mean that the people have expressed dissatisfaction against the ruling government in the state. There could soon be a change of guard in Karnataka,” says B Sriramulu, the BJP’s tribal strongman, former Ballari MP and MLA from Molakalmuru. In his home turf of Ballari, the BJP candidate, Y Devendrappa, a newbie politician, has managed to wrest the prestigious Lok Sabha constituency from the Congress’ VS Ugrappa, a lawyer who had won it in the 2018 bypoll by beating Sriramulu’s sister J Shanthaa with a margin of 2.4 lakh votes. The reversal of fortunes in Ballari, where Devendrappa won by over 55,000 votes, is proof of a state-wide avalanche of support in favour of Prime Minister Narendra Modi, who was the de facto candidate across several constituencies, including in BJP’s coastal strongholds where incumbent MPs have been re-elected despite their flagging popularity.

Across the south Indian states, anti-incumbency emerged as the insurmountable wall that no party could breach. In Andhra Pradesh, 46-year-old YS Jaganmohan Reddy’s insurgent bid to unseat three-time chief minister N Chandrababu Naidu paid off, with his party sweeping both the Assembly and the Parliamentary polls. The Telugu Desam Party, in its worst-ever performance, won just three of the 25 Lok Sabha seats, foiling Naidu’s hopes of stitching together a non-BJP front in a throwback to 1996, when he had convened a United Front of 13 parties that ruled for two years with Devegowda and IK Gujral at the helm. Misgovernance, over-confidence in his own development agenda, and failure to bag special category status for Andhra despite being an NDA partner until last year, proved his undoing. Like him, his bete noire in neighbouring Telangana, K Chandrasekhara Rao, found his national ambitions curtailed by the BJP juggernaut, which unexpectedly took the lead in four of the 17 Parliamentary seats. The Congress, too, improved on its tally in Telangana, where KCR’s Telangana Rashtra Samithi had won 11 seats in the 2014 General Elections. The TRS was thought to have tightened its hold over the state after winning a second consecutive mandate in December 2018. It won 88 seats in the 119-member assembly, 25 more than its tally in 2014, after working systematically to decimate the TDP and the Congress in the state, but now Rao’s own daughter K Kavitha is projected to lose to the BJP’s Arvind Dharmapuri. For now, Rao must take solace in having an ally take charge of neighbouring Andhra Pradesh.

The BJP playbook found no takers in Tamil Nadu and Kerala, where it had doubled down on campaign efforts. Curiously, the Congress, now reduced to the size of a regional party due to its regrettable lack of ambition across India, emerged a clear winner in Kerala. The state, where the Congress-led UDF bagged 19 of the 20 Lok Sabha seats, indulged Congress President Rahul Gandhi with a victory margin of 3.73 lakh votes from Wayanad. Several other UDF candidates, including Ramya Haridas in Alathur, Dean Kuriyakose in Idukki, and PK Kunhalikutty in Malappuram, won with large margins. The Pinarayi Vijayan-led LDF Government, whose score began and ended with Alappuzha, had expected a consolidation of Dalit, pro-Left and minority votes acknowledging its progressive stance on the Sabarimala issue. On the other hand, the BJP, which had hoped to galvanise Hindu votes in constituencies like Thiruvananthapuram, Pathanamthitta, Thrissur and Palakkad, has been dealt a slap on the wrist.

At Dravida Munnetra Kazhagam (DMK) President MK Stalin’s residence in Chennai, a strange mood prevailed all day. Leading the party through its first election since the death of his father M Karunanidhi, Stalin found himself in the unenviable position of someone unable to celebrate a resounding victory. The DMK, despite establishing leads across 36 of the 38 Parliamentary constituencies that went to the polls in Tamil Nadu–the election in Vellore was cancelled after Rs 11.48 crore in cash was seized from a DMK leader’s home–has to contend with the fact that its partner, the Congress, finished a distant second in national politics. To add to its frustration, it looks like the AIADMK government in Tamil Nadu will now run its course. The ruling party has maintained comfortable leads in nine out of the 22 Assembly seats where elections were held simultaneously. The AIADMK, which had split into two after J Jayalalithaa’s death, fought the Parliamentary polls and the Assembly bypolls in an alliance with the BJP and other regional parties. The shock of the BJP’s star candidates in Tamil Nadu–state party president Tamilisai Soundararajan, Pon Radhakrishnan and H Raja–losing to the DMK alliance is yet to wear off, and it comes with the valuable lesson that parts of south India remain islands of resistance to an overarching narrative that has rippled through the rest of the country. 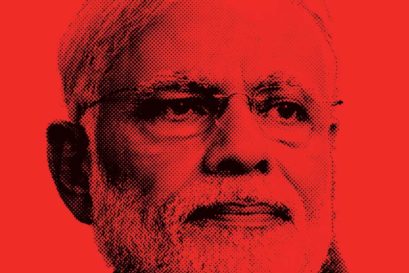