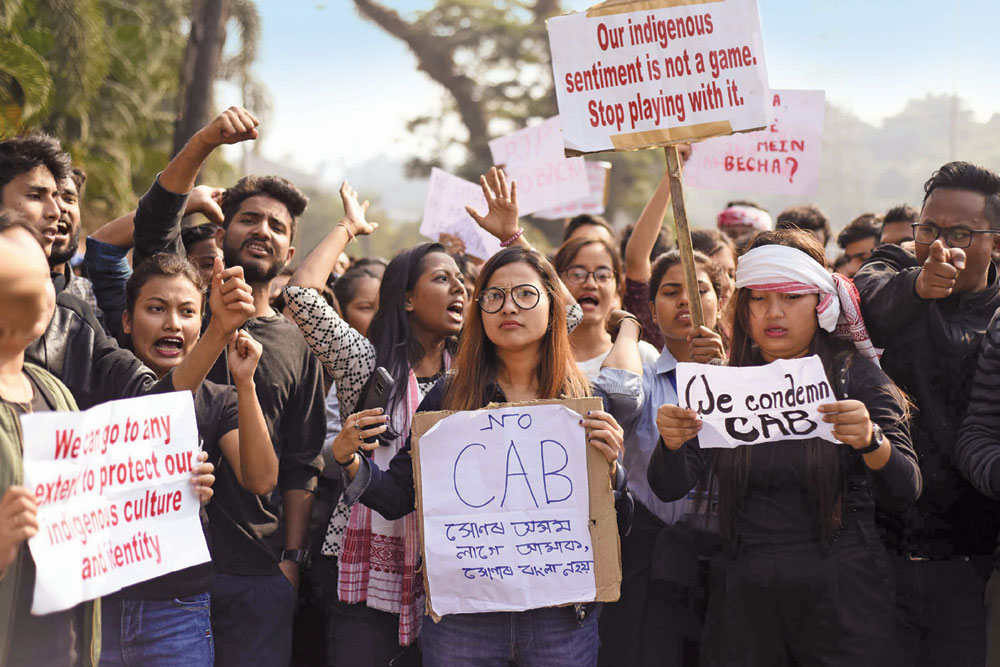 
The Citizenship (Amendment) Act, 2019 (CAA), when viewed in combination with the Modi Government’s intention to compile a National Register of Citizens (NRC) for India, will create a situation where being a Muslim and document-less could deprive one of citizenship rights. We may find more conversions out of Islam, and perhaps more takers for the Sangh Parivar’s ‘Ghar Wapsi’ programme. All this could occur even if the state governments in non-BJP ruled states do not cooperate with the Modi Government on implementing the NRC. Ironically, it is the very process of democracy—elections and manifestos—that will end up damaging the citizenship rights of the Muslim minority in India.

Let me explain how the combined threat of CAA and NRC could play out. Currently, there are four ways to become an Indian citizen: birth, descent, registration and naturalisation. The Citizenship Bill of 1955 does not allow illegal migrants to acquire citizenship but the recent amendment allows non-Muslim minorities escaping persecution from three countries to do so.

The CAA welcomes Hindus, Sikhs, Christians, Parsis, Buddhists and Jains who arrived in India before December 31st, 2014 to escape religious persecution as minorities in neighbouring Pakistan, Afghanistan and Bangladesh. All three happen to be Islamic states. The CAA, however, does not include Muslim minorities like the Rohingyas of Myanmar (with whom we share a border).

Let’s move to the NRC exercise. It is not yet clear what sort of documentary proof would be required to prove citizenship because the exercise would be conducted by state governments, and perhaps each state government could have its own specifications. Let’s assume that one of the documents is a birth certificate. The UNICEF figures from 2012 report that about 40 per cent of urban births and 65 per cent of rural births are not registered in India. A similar picture is probably the case for the older generations. In Assam, reports suggest that large numbers (about 19 lakh people) did not possess the necessary documents in the recently conducted NRC exercise under the supervision of the Supreme Court. Detention camps have already been set up in Assam. “We want to root out illegal infiltrators coming from Bangladesh and other neighbours to other parts of India,” the Union Home Minister Amit Shah has already said while defending their intention to carry out the NRC. He has also made public threats that those who cannot produce the necessary documentation will be herded into detention camps.

For a non-Muslim who may have lived in India for decades but who doesn’t have a birth certificate, all is not lost. He or she can argue that they have no place to go or that they have fled these neighbouring countries to escape persecution (and have left their documents behind). But a document-less Muslim cannot make such an argument because the CAA does not include Muslim minorities. Being branded an illegal and put in a camp would loom large in the realm of awful possibilities for such a person.

Wouldn’t the dispossessed have recourse to the courts? Would the courts stop the NRC process? Well, after the Ayodhya judgment which favoured Hindu claims over a disputed site, and in the face of the Government’s contention that the NRC exercise is necessary in the interests of national security (an argument that usually ensures that the court favours the Government in anti-terror cases), it seems a chancy business to rely on the court.

As for the constitutionality of the CAA, which has already been challenged, the Supreme Court judges will probably decide using the concepts of ‘intelligible differentia’ and ‘rational relation to the goal’ in Article 14 (equality before the law).

The specification of the minority communities in the CAA could be challenged in court on two grounds:

The court’s response would depend on whether they immediately extend the persecution argument to more categories such as ethnicity, or accept the Government’s assurance that it would do so in the future (a more likely scenario).

Opponents of the amendment could point out that the Constituent Assembly (CA) had vetoed the notion that India would be the homeland for Hindus. PS Deshmukh, a CA member, had proposed an amendment to include as Indian citizens every Hindu or a Sikh who was not a citizen of any other state because Hindus and Sikhs had no other country to look to for acquiring citizenship rights. The amendment was rejected by the majority.

The opponents of the CAA could also argue that the Constitution framers wanted to ensure that independent India adhered to the principles of a secular State. They may point to the words of a CA member Alladi Krishnaswamy Ayyar: “We may make a distinction between people who have voluntarily and deliberately chosen another country as their home and those who want to retain their connection with this country. But we cannot on any racial or religious or other grounds make a distinction between one kind of persons and another, or one sect of persons and another sect of persons.” Ayyar had gone on to explain that Article 5A, clause (a) of the draft Constitution did precisely this: it provided for “all cases of mass migration—if I may use that expression—from Pakistan into India… We do not in that article make any distinction between one community and another, between one sect and another. We make a general provision that if they migrated to this country and they were born in India as defined in the earlier Constitution, then they will be entitled to the benefits of Citizenship.”

But when seen in tandem with the NRC exercise, the CAA is not simply an amendment to provide safe haven to persecuted minorities, none of whom are Muslim. It would be more precise to say that the CAA is pro-non-Muslim persecuted minorities. The NRC exercise is being conducted to find illegal migrants from neighbouring countries, particularly Pakistan and Bangladesh (which also has the third largest Hindu population after India and Nepal). A possible impact of the NRC-CAA combine would be the following: A document-less Muslim in India who may have lived here for decades may be more likely to be branded an illegal migrant, but without recourse to the CAA that a Hindu Bangladeshi migrant would have. Wouldn’t such an awful possibility create fear in the hearts of Indian Muslims?

Even worse, such fears, and perhaps even the reality of being stripped of citizenship are a result of the very democratic process that allows a victorious political party to make the claim that all its pledges are backed by the people’s mandate. But we all know that as voters, we may vote for a party without agreeing with all parts of its manifesto. In the 2019 UK elections, Labour party strongholds turned conservative because those voters preferred Boris Johnson’s stance on leaving Europe even though they may have championed the Labour party’s strategy for the economy. A similar argument can be made for voters who may have voted for Modi in 2019 on other issues. The CAA and the NRC may not have the endorsement of a majority of Indians but we have no way of knowing that unless we conduct a referendum.

More crucially, the CAA-NRC combine inflicts a deep wound on the Constitution’s fabric. Even if the NRC exercise doesn’t happen, the damage would have been done to several fundamental rights, including the right to practice religion. It would cause the “mischief of Partition” to travel across decades. As a Constitution framer said, “I see no reason why a Muslim who is a citizen of this country should be deprived of his citizenship at the commencement of this Constitution.” But the CAA-NRC does precisely that by creating a fear psychosis among document-less Muslim citizens of India about their citizenship rights and about their ability to remain in their religion.

I will do it again if I have to: the poster girl of Jamia protests
Who is an Indian?
Why Dhaka is Upset with Delhi