Chabahar And the Great Game

The geopolitical significance of the India-Iran deal 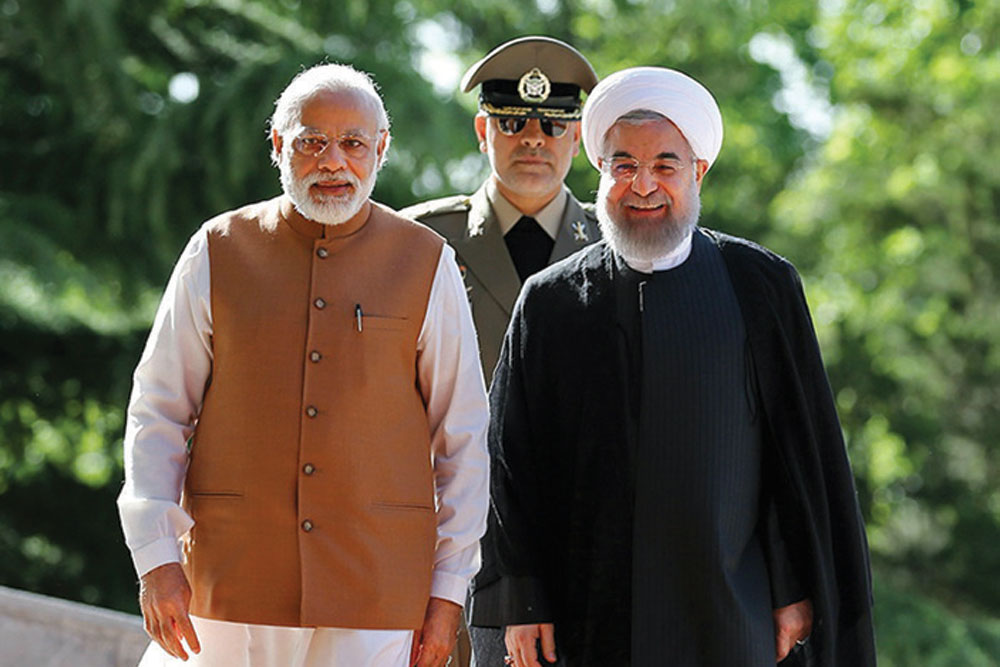 THAT INDIA AND Iran have had much to share culturally over the ages is a diplomatic cliché in bilateral relations, but the facsimile display that the Indian delegation put up in Tehran of a centuries-old manuscript of Kalila wa Dimna—tales of the Panchatantra in Persian—for Prime Minister Modi’s mid-summer visit served as an eloquent background score on the value of an all- season friendship under all the stresses and strains of high-stakes power play. Chabahar, after all, means ‘four springs’: from ‘chaar bahaar’.

The Chabahar Deal, by which India will invest a massive sum to modernise a seaport at this strategic location in south Iran, is already being seen as a grand geopolitical move in today’s Great Game. It’s an initiative that could counter China’s sponsorship of Pakistan’s Gwadar port, which, about 72 km east of Chabahar, underpins Beijing’s strategy to wrap the region up in a network of commercial ties. The deal signed in Tehran marks the revival of a plan first outlined in 2003, only to be interrupted by US-led sanctions imposed on Iran for its alleged nuclear ambitions. Now that the West’s punitive measures have been lifted, India is free to forge business links that would serve the region’s interests as well as those of the country’s own emergence as an economy.

As part of phase I, India Ports Global Pvt Ltd and Iran’s Arya Bandar Co will jointly set up a couple of terminals and five multi-cargo berths in Chabahar. The upgradation is eventually expected to hike its annual capacity from 2.5 to 12.5 million tonnes of cargo. With Kabul drawn into a wider trade-and-transit pact with New Delhi and Tehran, a long held idea has finally got rolling. India had already built a 218-km highway from Delaram in Afghanistan to Zaranj on its border with Iran, from where an 880 km road to the port would grant Indian exports access to Central Asian markets—and beyond—without having to pass through Pakistan. Among other projects, a railway line from the Iranian city of Mashhad is also on its way to the port, which would open up other trade avenues, maybe even an overland route all the way to Europe. In a globalised era of trans-border supply chains that sprawl across geographies, such infrastructural integration couldn’t come a moment too soon.

If all goes well, Chabahar should serve as a major trade gateway. Iran’s old Bandar Abbas port was unable to handle large ships, a handicap that the new deep-sea port overcomes. It could even compete with Dubai as a shipping hub. Located away from the Strait of Hormuz with the Indian Ocean wide open to it, the port would be less vulnerable to ‘volatility’ in the Gulf.

India’s energy security is likely to be the first beneficiary of the deal. Hydrocarbon imports, for which Iran’s vast oil and gas reserves were a major source before the US-led squeeze, would be eased to a large extent. Moreover, it makes space for projects in Chabahar’s free trade zone that could use Iranian resources as a competitive advantage. Petrochem and fertiliser plants, which use naptha as feedstock, are obvious examples. A urea plant is already under discussion, the output of which could be shipped to Gujarat’s Kandla port, only about 1,000 km away. By the Centre’s arithmetic, making this powder there and hauling it across the sea would prove so much cheaper that India can look forward to lower fertiliser subsidy bills in the years ahead. Aluminium is another product that can be made rather cheaply in Iran, given the low cost of electrolysis enabled by gas-fired plants. Nalco, a navratna, is said to be keen.

All these plans would have to hit the ground running. The China-Pakistan Economic Corridor has gained something of a headstart over the India-Iran- Afghan one, and Beijing’s interest in making a go of Gwadar is whispered to have a military aspect as well, incentive enough for New Delhi to accord Chabahar top priority status. Go, as analysts point out, also happens to be the name of China’s favourite strategy game. Unlike chess, its aim is to encircle an opponent. It’s highly complex, say those who’ve played it, but victory often depends on the player’s inscrutability: once a plot is seen through, it’s somewhat easier to thwart than, say, a well thought-out checkmate—a word derived from the Persian ‘shaahmat’, incidentally.

As a joint venture, Chabahar may seem to hold more poetry than power. ‘Rozey hizro shab-e-furqatey yaar aakhr shud / Zadam inn faalo guzsht akhtaron kaar aakhr shud,’ as Modi cited Hafez in Tehran. Translation: ‘The days of separation are over, the night of waiting is coming to an end /Our friendship will stay forever’. Wah, irshaad. But make no mistake. Chabahar is a strategic move of 21st century significance.