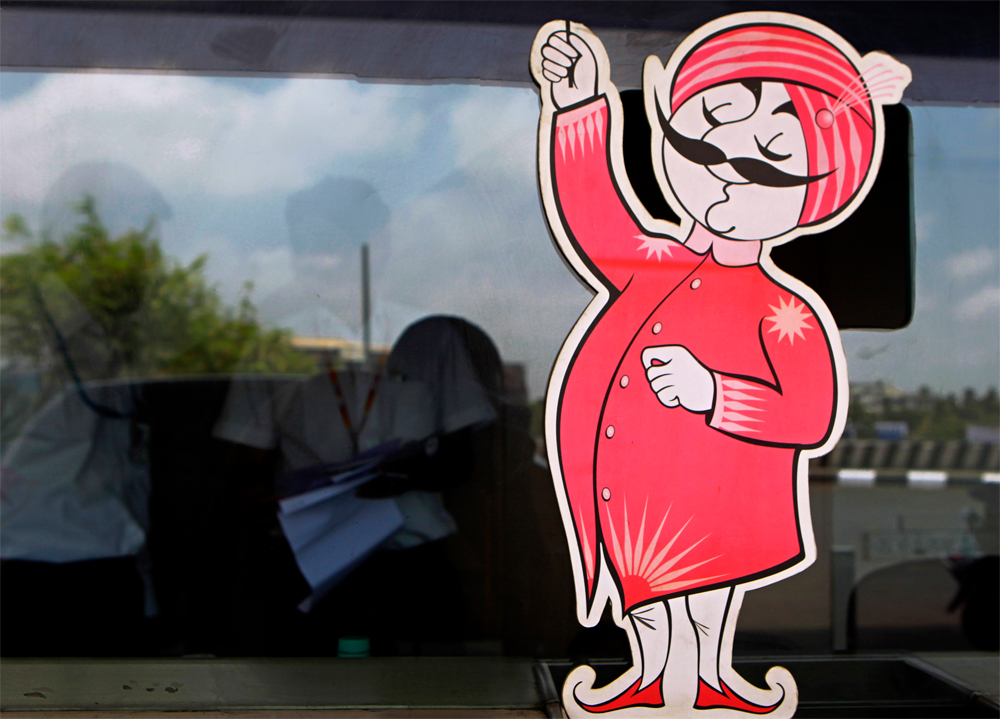 “We call him a Maharajah for want of a better description. But his blood isn’t blue”. That’s how Bobby Kooka, commercial director of Air India in its early days, described the airline’s famous mascot. In Kooka’s observation, made close to India’s Independence and years before it was to get nationalised, the twist was obvious. Dressed in a somewhat dishevelled uniform, with eyes lowered apologetically, Kooka’s Maharajah is ‘socialist’ by bloodline, as was the Government that bought over its last share in 1953 from JRD Tata, the leading tycoon of the era and an aviator. The newly independent nation, under the leadership of Jawaharlal Nehru, a man torn between the love of éclat and fear of ostentation, could well do without a national airliner, but wasn’t it cool to have its flagship landing in Heathrow and New York?

The ‘King on wings’ has ruled the Indian skies but its reign is hardly happy. Sixty-seven years after being incorporated as a public sector undertaking fully owned by the Government of India, with a debt of US$ 3.3 billion and 21,364 employees, many of whom are over-aged, finally on the block is the lead company Air India, the subsidiary Air India Express that connects to none-too-distant destinations in the Middle East and Southeast Asia, and 50 per cent share in Air India SATS, the cargo handling joint venture with Singapore Airlines. Poorly conceived leadership, notably during the UPA rule, dealt the death blow to the airline by merging the hugely loss-making state-owned domestic airline, Indian Airlines, with the moderately loss-making international airline Air India. It left the company with US$1 billion (Rs 72,000 crore) in the red. By 2011, its accumulated debt stood at US $6 billion (Rs 42,000 crore), with an operating loss of US $ 3.1 billion.

From the era of Rajiv Gandhi (1985-89) to that of Manmohan Singh (2004-2014), those who travelled abroad with the Prime Minister will remember the pelf and pomp that flew with them. The massive Boeing 727-200B in which Gandhi flew around the world, and kept parked in costly hangars, was impressive to his fellow travellers but they burnt huge holes in the airline’s balance sheet.

Twice in the past, the Maharajah was dolled up to go under the hammer, but found no takers. In 2013, there was a mild attempt at privatisation but the opposition slammed the move. Again, in 2018, when the Government decided to offload 76 per cent equity share capital of the national carrier and transfer the management control to private players, there were no bidders.

This time round, the 220-page Preliminary Information Memorandum (PIM) of the Government has made the offer of Air India palatable, with the debt being pared down to Rs 23,286 crore from Rs 60,074 crore previously. The memorandum further clarifies zero net working capital, implying the airline’s current assets match its liabilities. It even states that potential bidders will be provided with the draft share purchase agreement and the Government has also undertaken a vendor due diligence. But as Warren Buffet would have us believe, “It is far better to buy a wonderful company at a fair price than a fair company at a wonderful price.”

Though we know what’s on offer, the Government has decided not to put on the block key real estate, such as its headquarters in New Delhi and the famed Air India building in Mumbai’s Nariman Point, Air India artefacts, works of art, hotels owned by the airline under the Centaur brand, the fully-owned ground handling company Air India Engineering Services Limited (AIESL) and regional airline Alliance Air.

What the PIM indicates is providing prospective buyers with a cohesive flight trajectory worldwide with bilateral rights and guaranteed international slots. While Air India has 121 aircraft in its fleet, Air India Express flies 25 (as of November 1, 2019). And in the PIM, Air India points out that they own 56 per cent of the fleet, more than any other airline. That’s certainly not a bragging right at a time when market dynamics have changed as the airline business has moved from owning aircraft to leasing them.

Since Air India owns a bulk of its aircraft, it is today saddled with an old fleet instead of more fuel-efficient and faster wings in the skies. Only in 2017, the airline decided to follow the sale and leaseback model snapping up 26 Boeing 787 planes. Later, it adopted the same policy while purchasing the 27 A320 Neo aircraft. But the trouble is the Maharajah owns far more A319-321 CEOs in its fleet than Airbus’ more modern A320 Neos, which offer about 15 per cent savings on the fuel bill on average than the A320 CEO aircraft. Even the seat configuration in the A320 CEO is botched up with a higher number of business class seats on the A321 CEO aircraft. In FY2019, Air India’s cost per available seat kilometre stood at Rs 4.8 in comparison to IndiGo’s Rs 3.85 (September 2019 quarter). A new buyer would obviously prefer a fuel-efficient fleet with a more compact seat configuration.

Also weighing in are the 16 aircraft in Air India’s owned kitty that are grounded (November 1, 2019), 13 per cent of its fleet.

Again, since government officials only fly Air India, it is a major buyer. But if the sale goes through, such conditions may come unstuck and the airline risks losing a bulk of its guaranteed income. Then there is the airline’s frequent flyer programme, the first in India, which has notched up just 2.64 million members in 25 years. It is no match for the most successful Jet Airways-owned JetPrivilege programme, rechristened InterMiles, with about 10 million members, or for that matter, the newer Club Vistara nearly hitting the two million mark. That is because while airline loyalty programmes the world over are run as profit centres, Air India continues to follow a cost-based approach.

In terms of slot utilisation, Air India is again not the best in business. After Jet Airways shut shop, the airline garnered the largest chunk of rights on the Delhi/Mumbai to London Heathrow market, and could fly an additional 21 flights a week on the busy route. Instead of seizing the slots, it wallowed away the opportunity to the likes of Virgin Atlantic and British Airways.

While poor slot utilisation, a shoddy loyalty programme, an ageing fleet are some of the pain points any buyer would look at with a magnifying glass, the airline operations on offer also comes with 21,000-plus direct and indirect employees, which it may not need.

Amid speculation that a clutch of Indian conglomerates, airlines and private equity firms are eyeing the offer, whoever makes it to the Air India cockpit will have to steer with caution, and with a daily loss of about Rs 25 crore, pump in more cash than they have bargained for. But the most demanding task may be to turn the Maharajah into a commoner, who can be seated in a bucket with too many others in a row. That’s hardly royal.