The Return of the Nation and Other Portents

Updating the political glossary after Brexit and other eruptions 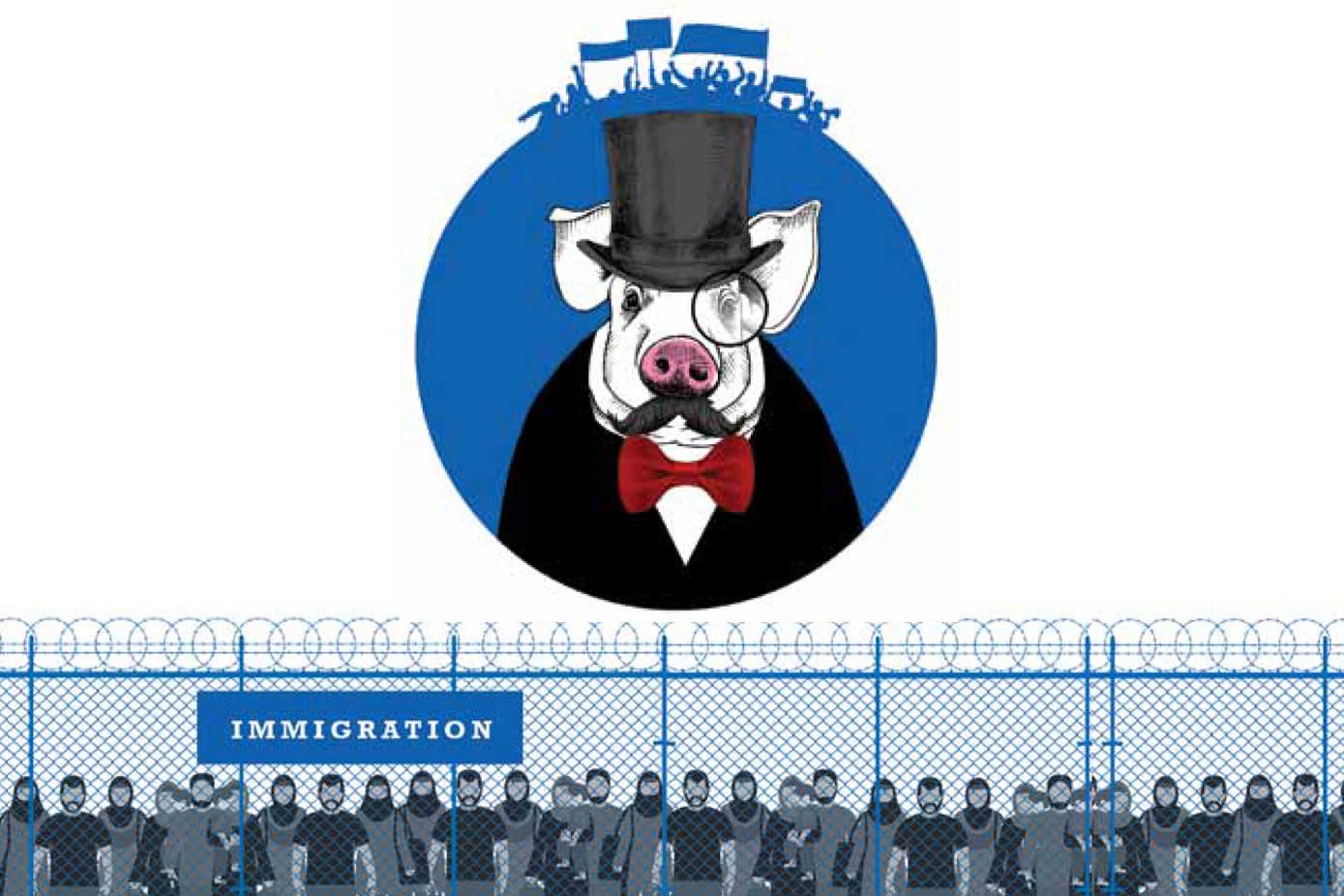 IT IS NOT a political farce after Brexit. It is perhaps a Shakespearean passage interrupted by the lurid realism of tabloid London, but, nevertheless, a political junkie’s eternal delight, a voyeur’s most rewarding peephole. The days and nights after 23 June saw the epochal set against the trivial, the cathartic against the bathetic, the moral against the brutal, the principle against the personal, and in the grim alleys of realpolitik, ghosts lurked, knives waited, blood was shed, and the assassin’s cheque bounced. Before the EU became smaller, the United Kingdom unravelled, and the day after liberation, the losers in Westminster united on a stage littered with the fallen winners. What was it, asked the disillusioned, a pub dispute between posh boys? Or a class war that migrated from the streets of middle England to the midnight parleys of Notting Hill? Why is it that the idea that won the referendum is forgotten in the power struggle for Conservative leadership? Why is it that a status quoist is gaining momentum after the assassination of the Leave mascot? What was the point then? It is as if Britain has moved from the historic to the hysterical with dreadful ease.

Well, it is easy to be distracted by Conservative skulduggery or the apocalyptic Britain invoked by the people Boris Johnson calls “nose-ringed liberals”. The truth is that the political glossary has been updated after Brexit. The consolations of pretence are over in a world where certainties continue to be set aside. The trends are starker now, and here are some.

THE NATION HAS RETURNED TO HAUNT

The politics of the 20th century was powered by two ideas —one of belonging, and the other of controlling. And both, nationalism and communism, when imagined by fanatics, saw no difference between liberation and carnage. The nation state was sacred identity as well as democratic ideal, and it demanded utmost devotion from the adherent. Nationalism has turned geography into an ideology of survival. The remains of communism after 1989 are either stale jokes (as in Havana and Pyongyang) or an apparatus to keep social capitalism dissent-free (as in Beijing). In the 21st century, nationalism seems to have overcome its bloodlust, and its raw idolisation of homeland purity is in vogue again. It has become a safeguard against the homogenising ideas of modernity—for better or worse.

THE SHATTERED IDYLL OF GLOBALISATION

Ideas are freedom, and freedom defies boundaries—a globalised world was inevitable. When restrictive powers of governments are increasingly challenged by the possibilities of technology, and when information in a democratised media age is the fastest moving commodity, can nations remain isolated in their cultural bubble? Can the countryside win its war against the cosmopolis? Is globalisation a political extension of Darwinian selection? Exclusion breeds resentment, and the trend is apparent not just in Donald Trump’s America and Nigel Farage’s England, it is visible wherever resentment unites those who have fallen off the globalisation wagon. Suddenly, the particulars of national salvation are more appealing than the generalisations of collective nirvana.

THE ELITE IS THE NEW BOGEYMAN

The Establishment is under attack, and in the vanguard of the war against the entitled is the extremist as the Little Man, the outsider born in the dreams and despair of the angry underclass. In the demonology of the newly armed ‘natives,’ it is the elite who bring out the unequal distribution of not just wealth but political power as well. There is a growing sense of injustice among the outcasts of a globalised society, and it is the Little Man who harvests it to maximum political benefit. ‘Elite’ rhymes with ‘entitlement’ for him, and it works—not just in an England ‘oppressed’ by the Brussels bureaucracy. Even within traditional party structures, the well entrenched status quoists are being challenged by the outsider who has everything to gain by singing ‘change’.

THE IMMIGRANT AND THE NATIVIST

Some of the great national stories of our time are partly written by men and women who sought home away from home. Their back stories range from the tragic to the heroic, the adventurous to the ambitious, and every migrant has added to the cultural polyphony of their adopted countries. In a world where the wars of Islam make more homeless and the opportunities of globalisation make the movement of people faster, ‘Immigration Control’ has become the new theme of the culturally endangered native in North America as well as Europe. The agenda of so-called mainstream politics is set by the paranoid from the periphery. So, today, it is all about striking a balance between the humanism of liberal politics and the existential fears of overloaded nations.

POLITICS AS A CHARACTER STUDY

Remember what they have been saying about Boris Johnson? The disorganised jester who cannot be entrusted with the nuclear button. Personally as well as politically, this shambolic fellow is not up to the job. The funny thing is that the comrade-turned assassin and his fellow conspirators found out how unprepared and unfit he is only minutes before he was going to announce his candidacy. Character is a weapon most easy to use in a power struggle, and it can only put your enemy on the defensive. The charges may be desperate lies, as in the case of Johnson, but in political battles today moral integrity matters less than personal integrity. You assassinate a career in the name of integrity, and that is the criminal logic of politics of the conscience these days. When the stakes are high, nothing is absolute, whether it is friendship or loyalty, and every contender is all by himself, each holding a broken mirror to the other, vulnerable, naked. There is no damnation harsher than being called ambitious but not competent, popular but not a leader, intelligent but not wise. In the loftiness test, everyone is each other’s judge.

Political trends are set by the passions and pathologies of men in a constant struggle with power. Greatness belongs to those who are not trendsetters but trend-busters for a better reason, for a better argument. It is a challenge to spot one today.