When it begins to hurt, they are all socialists 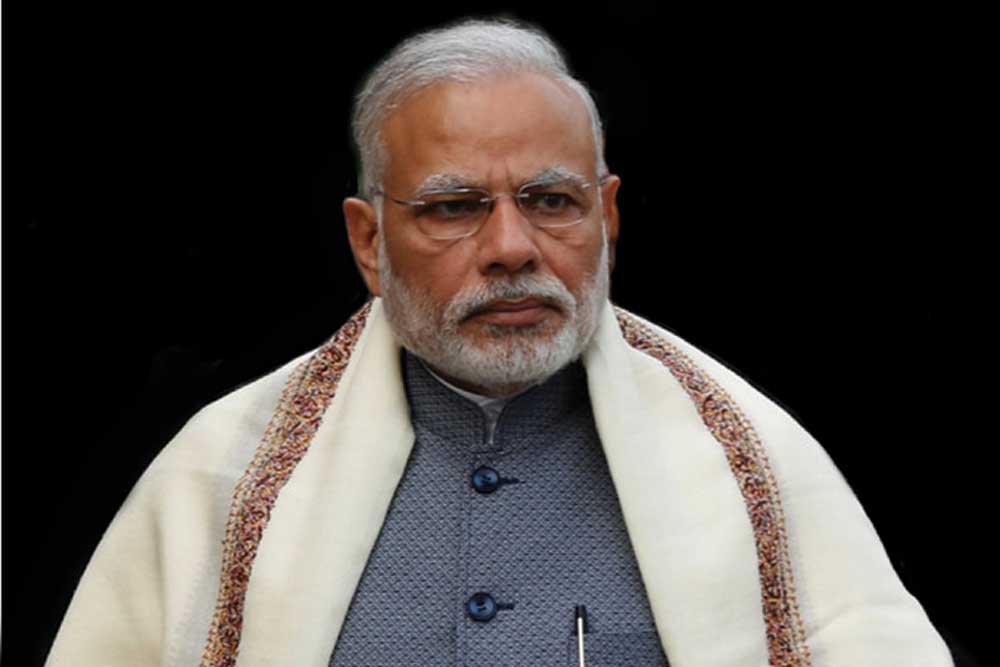 A STORMY TOMORROW is what the weathermen predict, a cautionary upheaval. They say it, defying professional propriety, with a certain amount of schadenfreude. Climate change, we have been warned again, is a man-made disaster. And in India, the experts tell us, it’s always the same man, the only one. First, it was demonetisation, which was forced upon us as a great cleansing programme. The detergent didn’t work. Even the RBI said so. Then came the GST, causing so much hardship to businessmen small and big. It’s always bad economics that kills good politics, the wise men tell us. So it’s payback time, and look for the lifejacket. The weathermen’s glee spreads in an otherwise gloomy atmosphere. They love the bad days.

Is it then a double calamity for the man they think is the cause of this bad weather? The rare scenario of the Right losing both the wars, cultural as well as economic? Traditionally, as we have seen since the Reagan days, they tend to lose the culture war and win the war in the marketplace. The cow jihad has taken its toll, and it reinforced, in international editorial pages certainly, the primordial prejudices of Hindustan. The image of Hindu vigilantism clashed with the image of digital modernity that the Prime Minister had presented to the world so successfully. It also helped a lot of agonised Indians rediscover the battered idea of India. But for some, it was not a war to be won, for it was not a war at all. It was, for them, all about keeping the Hindi idyll intact. We are not sure who has really won.

The economy is a different story, and prophets of doom are now popping up from within the fold. They say it could have been a different story had they avoided populist stunts. They all sound familiar. Bad times, or perceived bad times, make every cynic, every disgruntled pundit, a prophet. Some people get enlightened only in a culture of blame. Demonetisation was hastily implemented, and people still volunteered to suffer because their faith in the incorruptibility of the Prime Minister was unbreakable. They believed him, and among the lot, he was the only one worth their faith.

He is the only one, even now.

The GST story is not the same. It was a necessary reform. The hardship was inevitable, but won’t be permanent. The argument against it brings out the fundamental flaw of our attitude towards ‘progress’. We want to reach the next stage without disturbing the present. We still want to create the new without eliminating the old. India is too big and too uneven a place, and its inequalities are not comparable to homogeneous societies elsewhere. Those who prefer the status quo may argue that India has a long way to go before the state can withdraw from the affairs of its people, among them some of the poorest in the world. They may have a point. But no reform is possible without a certain amount of ruthlessness. The labyrinthine tax structure of India needs to be streamlined. When somebody dares to do it, it hurts. For the better. It calls the bluff of the old drawing room harrumphers. They wanted a government that acts. Today they cannot suffer the action because, when it begins to hurt, they are all socialists.

So the good old bad days have been conjured back to life. This is actually an ideal setting for Modi—a politician moulded by adversities, a prime minister who, in spite of being the most popular, never tries too hard to please. In an age when dissent is a vulgarian’s social-media martyrdom, Modi is under attack from a shadowy enemy. A new narrative has been created in which the randomness of bad news is exaggerated as the persistence of evil. In this narrative, 2014 was not a mandate but some sort of sorcery, and Modi as Prime Minister was born out of manipulated minds. Liberals of both the peanut and limousine variety need this narrative to remain relevant in their echo chamber. It doesn’t matter to them whether India has reached a post-corruption stage in just three years. Whether governance has a matter of factness about it today. Whether India for the first time in its history has a prime minister who has no interest other than India. Whether power has ceased to be a family enterprise.

It’s still the fierceness of one man’s commitment that shapes the argument for change in India. The indecencies of resistance only add to his inevitability. For once in Indian politics, an ascetic’s aura accentuates power.