Islam and the Bargain State of Pakistan

The enduring fallacy of Pakistan 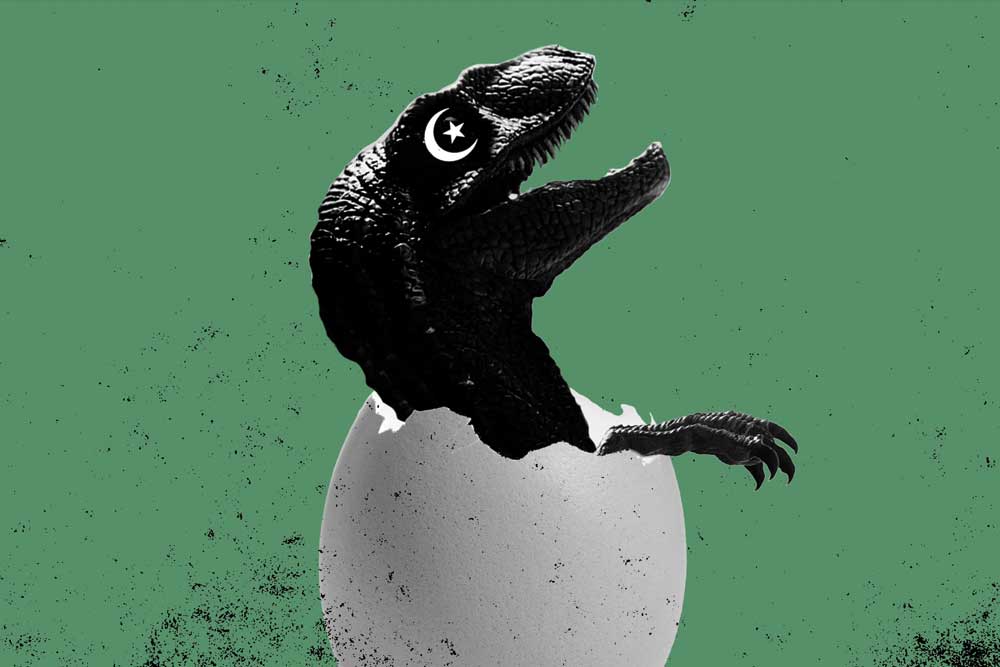 THE PAKISTAN that concentrates the Indian mind has two familiar lives. First, the ever paranoid nationalist’s bogeyman, the engineer of all our woes, in Kashmir and elsewhere. This Pakistan is an error in a bloody history, and the original repudiation of the India imagined by its founding fathers. Its very reason to exist is bogus, and it continues to be a territorial anomaly born out of a subcontinent ruptured by religious exclusivism. It is kept alive by a customary diet of anti-Indianism, and our tolerance of its terrors is a reflection of what we are essentially, a soft state, and stoic to the core. This Pakistan is the enemy and we have condemned ourselves to its designs. This Pakistan is an exaggerated truth, a necessary evil to accentuate the historical wound of the nationalist mind.

The other Pakistan is the proof of our severed nationhood, and what it demands from us is not hate but empathy: after all, the shared bloodline cannot be wished away by politically rewarding suspicion. This Pakistan is a historical memory of what we were; it is today a reminder of how miserably we have failed in disentangling ourselves from history, which continues to be re-edited by politicians on both sides of the border, for a suitable enemy only adds to patriotic obligations of the delirious nationalist. For a generation that lived through Partition, it makes for soothing nostalgia—a Lahore of the mind has not faded. For professional peaceniks and other stifled conscience keepers, the idea of Pakistan is India’s unjustified anger, and there is nothing between the two countries—but the same people—that cannot be sorted out by a dialogue sans hysteria. This Pakistan is not appreciated by its big neighbour; it is a lone victim calling out for attention from the corner of an unjust history. India is not listening, but some Indians are, mercifully. This Pakistan is a child of reductive history, and its most obvious function is to keep the conscience of its proponents active.

As we are in the midst of another Pakistan season in our discourse, and there is an overwhelming sense of predictability about the operative words, maybe Balochistan is a refreshing addition. When Narendra Modi mentioned the B word, a section of the commentariat was quick to draw a parallel between his ‘faux pas’ and what India did during the Manmohan Singh era at Sharm el-Sheikh. Then it was a case of strategic blunder and auto-culpabilisation. When Modi brought up Balochistan in a political address to the nation, it was a reference to the violations of tribal rights, and he did not, even metaphorically, say that Balochistan runs through his veins. He only said, mind your own business; he never said, it’s my business. This is hugely different from the ‘unresolved’ piece of history in Kashmir on which Pakistan builds its Islamic nationalism. And isn’t it perfectly alright for any open society to respond to the transgressions and tragedies of the world, particularly in stillborn civil societies? I am for Modi to be more vocal about such cruelties happening around him, as long as his words are not bargaining points.

In the ultimate bargain society, the equilibrium was, and still is, maintained by deals. Perfected at home, the applied science of bargaining was equally effective abroad

Ideally, not just Modi, every leader of the democratic world has reason to be anxious about not just Balochistan but entire Pakistan. This Pakistan is not one of the two with which we began this column. In our haste for solutions, we set aside the lessons of a bad history, and in Pakistan’s case, the original deformation of 1947 has only deteriorated with its passage through military barracks and the unpaved paths of democracy. As Naipaul has famously said, from the very beginning itself, from the poetic-Islamic utopia of Iqbal, it was a ‘criminal enterprise’. For the poet, Islamic exceptionalism was incompatible with nationalist or secular ideals, and as Sir Vidia wrote, ‘What’s really in the background for this demand for Pakistan and a Muslim polity, what isn’t mentioned, is Iqbal’s rejection of Hindu India.’ That rejection, made in the 30s, was amplified by the first bargainer of Pakistan, Jinnah, even before he became a Pakistani. Pakistan has not stopped bargaining since.

There may be any number of Pakistani or Indian scholars who still believe in Jinnah’s inner secularist, as if intellectual sophistication and religious politics cannot cohabit. His successful bargain with India and the imperial masters would set the stage for the incendiary politics of the Subcontinent with far wider ramifications. There would be no difference between the national project and the Islamic project, and the revolutionary preacher Maulana Maududi would become an oracle at a time when the religious republic needed a prophet. In the ultimate bargain society, the equilibrium was—and still is—maintained by deals. Perfected at home, the applied science of bargaining was equally effective abroad. Even as its civil society was not given a chance to evolve, there emerged a working arrangement between the mullah and the military—and the civilian in power did not dare resist. The preservation of this convenient peace could not have been possible without a constant awareness of a historical grievance. Kashmir mobilises Maududi’s children; it legitimises an establishment built on the fear industry.

The nation born out of bargain made it an existential science. Once, it was Soviet communism that helped Pakistan extract a better deal from America; then, paradoxically, radical Islamism would become a common target. And eventually, the frontier state against America’s war on terror would become the unofficial workshop of jihad. After 9/11, and till France became the favoured target of radical Islamism, there was hardly a single terror story without a Pakistani sub-plot. Pakistan may occasionally play up its own struggle with the monster it created, but it is radical Islamism, an inevitable mutation of the idea from which the bargain state was born, that defines its extra-territorial struggles with India. Religion’s most sinister dealmaker cannot let Kashmir go—from its rhetoric.

So when someone in Delhi says terror can be the only item on the table, it is as good as saying let’s correct an error in history after seven decades. Can you ever bargain with the Book?