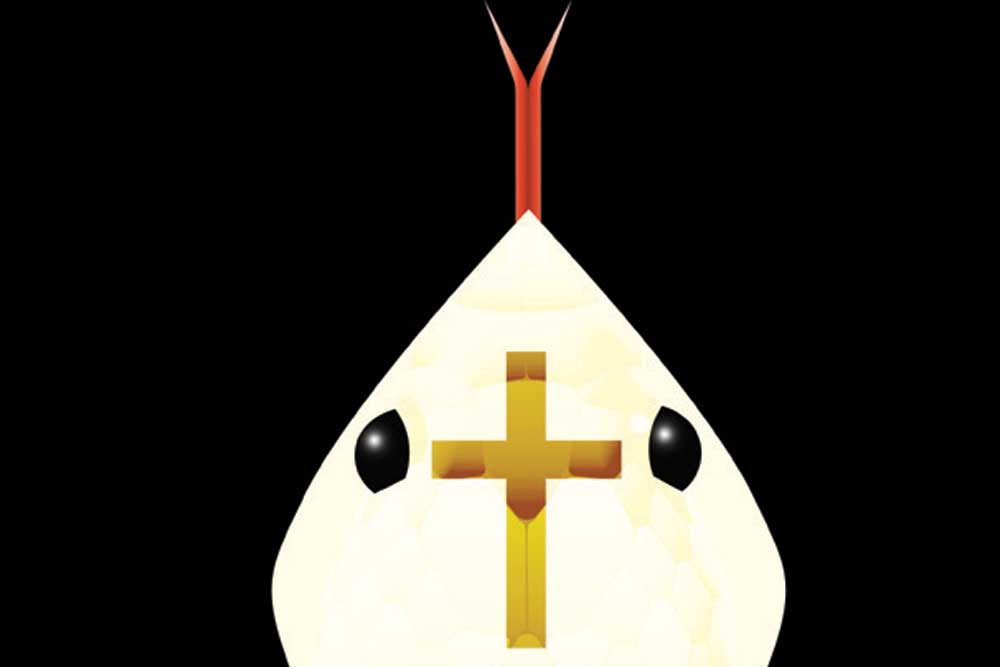 CRACKS ON THE rock of Peter reveal an ugly beast: the sexual predator, the paedophile priest, still protected by the robe. Headlines multiply, but only reluctantly has the papacy woken up to the crime, to the deepest moral crisis of the Church. In the US, one of its most powerful cardinals wants to resign following accusations of a cover-up; and in the state of Pennsylvania itself, according to a report by its attorney general, 1,000 children were abused by Catholic priests. A report published in two German magazines says the Catholic clergy has sexually abused 3,677 people—most of them young boys—between 1946 and 2014. And it took a while for the Pope to grant a leave of absence to one of his highest-ranking officials, a cardinal from Australia, following charges of child sex abuse. The Australian Royal Commission says more than 4,000 people had been sexually abused as children by the clergy. The man with the Book is left with no passages to heal, to confess, and to retreat.

It’s as if the Church can’t afford to disown the deviant. Maybe the church believes that the priesthood of temptation, too, is an inevitable manifestation of the original sin. The fallen man has found solace—and protection—inside the robes of Catholicism. That could be one reason—a reason that defies the laity’s sense of justice and remorse, of guilt and punishment—that stopped even the reformer popes from dealing with sexual crimes within. There were popes who dared the ideologies of man, and put the Book against the little books of revolutions. Karol Wojty•a—Pope John Paul II—was one of them, maybe the most audacious of them. It was his historic visit to his homeland of Poland in 1979 that set the stage for Solidarity and the eventual fall of communism a decade later. Don’t be afraid—that was his original message.

Even the liberator pope looked the other way when it came to reforms within the church. It still remains stiflingly male— perhaps the biggest, and the most powerful, male club in the world. The twin pillars of abstinence and renunciation on which it stands today epitomise the private struggle—and transgressions— of priesthood. It’s not St Augustine all over again. There is no redemption, no rite of recantation. There is only sleaze, secrecy, and the brotherhood of predatory sexuality. Holy shame.

In India, even the headlines are reluctant when the nuns are out there on the street for justice. Here, when one of them comes forward and says that she is a victim of serial rape, it is just another allegation, and at stake, it seems, is not the humanity of the victim but the reputation of the alleged rapist bishop—and the church. Kerala—forget the redundancy of the adjective ‘progressive’—is a strange place, where cause junkies are convenient feminists and professional conscience keepers are socially correct. The hierarchy of victimhood is determined by a calibrated sense of correctness. The church, for these types, is an institution that cannot be separated from the larger text of minority, persecution, majoritarianism, selective secularism and other worn-out liberal catechisms. The Malayali Conscience Graph is powered by safe dramas and soviet campaigns. Even the it girls over there couldn’t resist ‘Collective’ in their nomenclature for struggle and justice, though this magazine sympathised with what they stood for. A nun as a victim is denied authenticity in police procedures and political rhetoric of the state. The transactional power of the church in the secular politics of Kerala makes the loneliness of the nun starker.

Her tragedy is unique in the recurring brutality of the state, where violence is the religion of radical—from left or right, no matter. Hers is a cloistered life. The life of a healer, or a teacher, in the voluntary service of god. And her back story is one of individual submission (or sacrifice?) and social isolation. The cult of Virgin Mary and the magic of sainthood are small consolations when gods are on the side of priests with names such as Franco Mulakkal. When gods who cast a sheltering shadow over the power play of the church. It’s a cruel world, where a nun who revolts is a bad example cited by men from the pulpit and the political arena. It has always been a lone battle for her, stretching from the spiritual to the public.

The Book doesn’t make the sacred feminine obvious. Men are the story as well as the storytellers. In literature inspired by the gospels, novels of Kazantzakis and Saramago being the finest examples, the feminine humanises the story, and adds an emotional intimacy to the sacred. Abandoned and under-narrated, the nun on the street elsewhere in Kerala is the sacred feminine violated by the sexual profanities of the church. And there is no pope to tell them: Don’t be afraid.