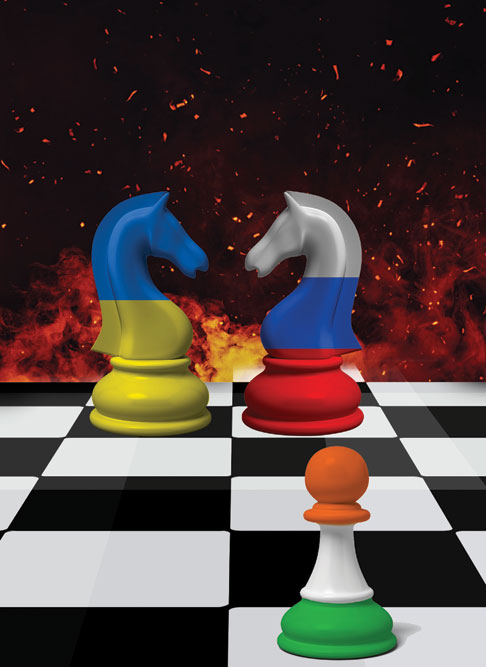 
DURING THE FIRST 50 years of India’s independence, the West regarded the country with barely disguised exasperation. New Delhi led the Non-Aligned Movement (NAM). It dared to acquire nuclear weapons. It followed an independent foreign policy.

The US imposed sweeping economic sanctions on India after the Pokhran-II nuclear tests in May 1998. It turned a blind eye to Pakistan-sponsored terrorism against India. Islamabad was a reliable vendor. As a hired gun and geopolitical rentier, it had helped the US fight the Soviets in Afghanistan through the 1980s. It was a major non-NATO ally.

Rawalpindi’s corrupt generals cut dashing figures on trips to the Pentagon. Unlike conservative, soft-spoken Indian Army officers visiting Washington, Pakistan’s smartly uniformed soldiers enjoyed a drink with their American counterparts. US lobbying firms set up by Rawalpindi ensured the Western media narrative on Kashmir focused not on Pakistan-sponsored terrorism in Kashmir but on the Indian Army’s “human rights violations” in the Valley.

India’s economy was too small to matter to mainstream US policymakers. Indian GDP in 1991 was $266 billion. US GDP was nearly 25 times larger at $6.1 trillion.

But within two years of Pokhran-II, the mood changed abruptly. President Bill Clinton, who in 1998 had vowed to come down on India “like a ton of bricks”, visited Mumbai and other Indian cities in March 2000. Washington boffins, having seen India’s Y2K software success, had got their math right: their data projections showed that India was likely to grow over the next 20 years into the world’s fifth largest economy.

Washington had also finally figured out China’s 20-year-long chicanery. Since 1979, when US-China diplomatic relations were established, Beijing had hidden its strength and bided its time as former President Deng Xiaoping advised. It used that period to steal US technology and kickstart its own technological revolution. But you can’t hide for long an economy that is growing at well over 10 per cent a year.

Fast-forward to the present. The think-tanks in Washington were right: India became the world’s fifth largest economy in 2022, two pandemic years behind their 20-year forecast made in 2000. China’s GDP meanwhile had shot up from a tiny $178.28 billion in 1979 to $18 trillion in 2022, within striking distance of America’s current GDP of $23 trillion. Beijing’s defence budget at $230 billion in 2022 is larger than the defence budgets of Russia, Britain, France and Germany put together.

Washington’s geopolitical swing towards India accelerated with the re-establishment of the Quad in 2017. India was now a strategic US ally. Regular two-plus-two dialogues between the foreign and defence ministers of the two countries gave the partnership shape and substance.


India remains the West’s big prize, more so than ever. It is ironically the pivot on which the future balance of global power could turn. Its economy in 2022 is larger than Britain or France. Its defence spending is the third highest in the world

The Russia-Ukraine war came as a jolt. The incensed West expected India to unequivocally condemn Moscow’s invasion. When it didn’t, tempers frayed. It took plain speaking by India’s External Affairs Minister S Jaishankar to bring the West back in line.

Tempers have since cooled. India remains the West’s big prize, more so than ever. It is ironically the pivot on which the future balance of global power could turn. Its economy in 2022 is larger than Britain or France. Its defence spending is the third highest in the world.

Before the Russia-Ukraine conflict, the US-led West needed India principally as a counter to China in the Indo-Pacific. Today, it needs India to balance the more toxic threat of a China-Russia axis. India retains influence with Russia because of its legacy relationship.

China is increasingly wary of India’s economic and military capability. It tried to bully India in eastern Ladakh. That venture failed. China has lost face even though it may have gained an inconsequential sliver of disputed territory along the Line of Actual Control (LAC).

All of this puts India in an advantageous position—if New Delhi’s geostrategic establishment gets it right. Jaishankar wrote presciently in his 2020 book The India Way: Strategies for an Uncertain World: “This is a time for us to engage America, manage China, cultivate Europe, reassure Russia, bring Japan into play, draw neighbours in, extend the neighbourhood and expand traditional constituencies of support.”

Meanwhile, the rhetoric from Beijing has softened. President Xi Jinping, isolated following his support for Russia’s invasion of Ukraine, is under pressure on multiple fronts.

Europe, China and the US tailor their foreign policy according to the options available to them. Those geopolitical options have narrowed. India’s have expanded.