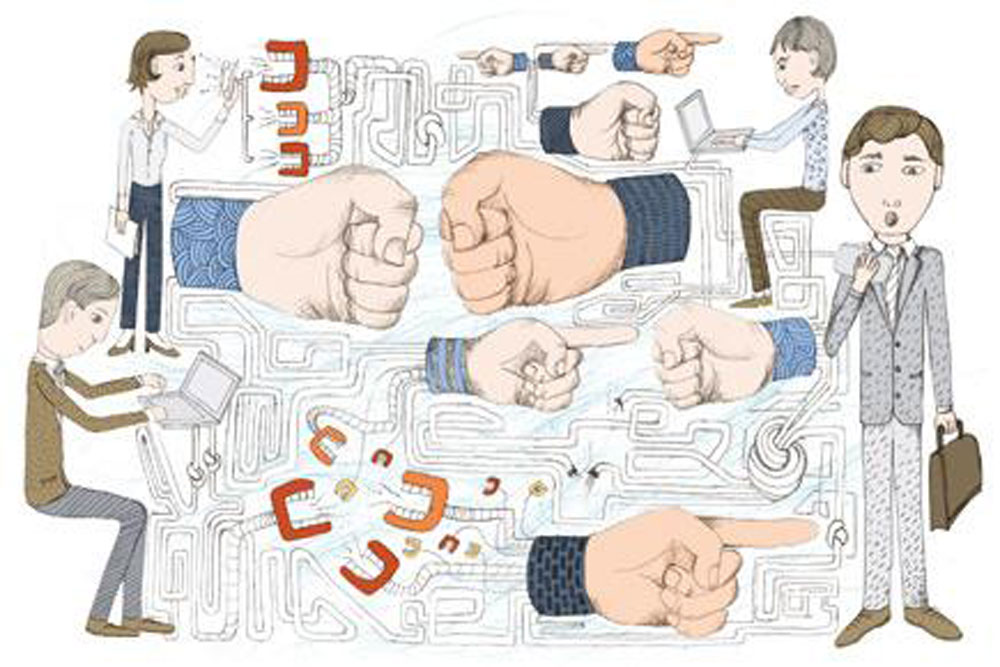 Trust is one of the cornerstones of human civilisation. The Oxford dictionary defines trust as, ‘Firm belief in the reliability, truth, or ability of someone or something’. All personal relationships, trade and commerce, politics, society, everything is based on trust. On another level it is about confidence, faith and security. In all aspects of our life, trust is a major determinant. We come across this in the family unit, the neighbourhood, on the sporting field, or in the workplace .Trust is never absolute but is based on situations, memories, experience, contract, perception, emotions.

Writing about trust, American professor Sanford Goldberg puts it succinctly, “Some say it is a simple belief that the other person will do the right thing for the right reasons. Others say it is rooted in a felt altruism, or in the hope that displaying trust will influence the other person to do what one wants them to do.” Scientists, on the other hand, have discovered enough evidence that trust is a brain’s neural response based on certain stimuli, both internal as well as external as well as certain mnemonic associations developed over years. Trust is vital to any transaction. Without trust there can be no relationship, institution or nation.

However, we have seen all schools of thought around the world, starting 3,000 years ago, talking about doubt (scepticism) and mistrust emphatically. There are several reasons. Over centuries we have inherited biases which have ossified and become a part of our life. Doubt and scepticism, which are the early manifestations of mistrust, have been part of all heuristic discourse; even the earliest philosophers mention it.

In Hinduism, there is the notion of agyata (unknown) or neti-neti (not this). In Jain texts, talk of anektavada (many-sidedness) and ajnana (unintelligible). In Buddhism, it is about avyakta (unsaid) and achitanya (incomprensible). Many early Chinese philosophers, both from the Tao and Confucian schools of thought, also question the known and the unknown. Similarly, Greek and Roman philosophers have followed the same line of thought. Modern thinkers have continued the same process. In a way this questioning attitude of people leads to strong beliefs and trust .However, it also creates a miasma of distrust. Yet, we talk about trust, and not its absence.

So why is it that after thousands of years of human existence trust has fallen to new lows? Is it the teleology of trust? Faith and religion, territory, money, social structures have all changed (evolved) dramatically but mistrust continues as a primeval response to many situations. In the 21st century, this has led to the greatest trust deficit ever undermining relationships between individuals, groups, communities and nations. Today everybody is wondering who and how much he or she can trust another. Even friendship, kinship, institutions, media, bonds, axioms and facts have an inherent trust deficit. One would have thought with the growth of business and commerce in an organised manner there would be a lot of mutual respect and trust. Perhaps there is, but the perception is of mistrust.

A large part of this is ideological. The spread of Communism (and later, Marxism), a political ideology which basically detests any form of private ownership of enterprise, is one of the reasons. Rising disparity in wealth is the second. Large-scale corruption in every political system and bureaucracy is another. Breakdown of family structures and, in a perverse way, education (and consequent social uplift) are other contributing factors. Finally, the most fundamental of all mistrust—love, has exacerbated the problem.

Politics is basically about power. Hence trust (or rather, absence of trust is inherent to it). One would have hoped better communication and access to information will instil mutual confidence and respect in society but they have actually only added fuel to the fire of distrust. Such distrust changed the polity of the Epic Age in India, Greek and Roman empires, and it continues till date. No global leader or political party is above this shortcoming. We see it play out everywhere, from the US to India. Not only do politicians mistrust each other but citizens have little trust in them, irrespective of their political affiliation. In spite of continuous effort which politicians, governments and leaders put in through propaganda and media, the gulf between them and people is only widening. As Groucho Marx put it, “Politics is the art of looking for trouble, finding it everywhere, diagnosing it incorrectly, and applying the wrong remedies.” No wonder the trust deficit is high. As far as governance is concerned, almost all institutions are under suspicion. Bureaucracy, police, tax departments, municipalities, and even judiciary, are not trusted. Every action is sought to be enquired and even then there is constant demand for further probes. It’s now one long winding red tape of distrust.

Love—familial, marital, patriotic, ideological—or passion, is always based on trust. Whenever it is breached, the relationship is ruptured. The Indian mystic poet Rahim puts it aptly, “Rahiman dhaga prem ka matt todo chhitkay toote se phir na jure jure ganth padh jaaye,” (don’t allow the delicate thread of love to snap). If it breaks, it cannot be joined for even if you mend it, there will be a knot in between. This is in evidence in the way people are walking in and out of relationships. Divorce rates are up and even strong friendships are snapping ever so often. Similarly, what was just sibling rivalry is now under attack by a lack of trust. Business and commerce are no exception. Great brands are built on trust. Till a few decades ago, at least written agreements were honoured. Now besides malicious intent in some cases, a trust deficit between partners, employer-employee, lenders and borrowers is widening by the day. Common people have little respect for any businessman or trader, from industry captains to the neighbourhood store. Importantly, we must learn to differentiate between faith, religion and mythology.

Every new discovery or invention in science and technology is looked at with suspicion. People look for some ulterior motive and academics regularly accuse one another of either plagiarism, or breach of trust. Even in sport, there is trust deficit. If an athlete or team wins, there is instant response that the match is fixed, or the victor must be on some performance enhancement drug. Creative persons too are a part of such untrusting brigade. Artistic success too is often tainted with mistrust, envy or prejudice.

One would have thought that the Information Age and the widespread rise of different media would eliminate some of this trust deficit. Actually, it has only amplified the problem. Partisanship, biases and personal agendas cloud dissemination of news and information. As futurist Alvin Toffler wrote in The Futurist, “We are increasing the sophistication of deception faster than the technology of verification. The consequence of that is the end of truth. The dark side of the information technology explosion is that it will breed a population that believes nothing, and perhaps even more dangerous, a population ready to believe only one ‘truth’ fanatically and willing to kill for it.”

The advent of digital technology, specially the Internet and the ubiquitous use of mobile phones, has definitely empowered people across the world. Today almost all humans have access to the latest information and are able to air their viewpoints. The problem is correct or proper information often gets submerged under a deluge of lies, half truths and misinterpretations. Social media is now an instant access source but it is also the fountainhead of ideological and partisan opinion masquerading as truth. Opinion has become interchangeable with fact. Fake news, manipulated information (aural, written or video) and coloured views are so common that it is difficult to decipher the real from the unreal. Trust deficit in media explores the lower depths every minute.

Doubt, enquiry and examination are the seeds of science and all intellectual triumphs. These are positive emotions. However, where they give way to mistrust, distrust and heresy, the outcome is negative. Rumours only confound the problem. We are now at a point in time where trust deficit is a part of our collective DNA. How does one overcome this trust deficit in our lives? The first is that we introspect a bit and try to give the benefit of doubt to others as a rule and not as exception. Secondly, the state—executive and judiciary—try to be as transparent as possible (a tough ask, but possible) in its dealings. Thirdly, media must differentiate between news and views. Sure, everyone is free to express his/her opinion but that cannot be accepted as news or fact. Objectivity must overpower partisanship. Thirdly, social media is a means of communication only and not for discovering the truth. This sense will take time to dwell on people at large. Fourthly, Google (and other search engines) merely collate information, and not collect any fresh news or facts. And just because something is present on the Web doesn’t necessarily make it correct. Finally, we must stop being so suspicious and stop seeing a conspiracy in every situation or relationship. As it is said: Trust takes years to build, moments to destroy and an eternity to rebuild.