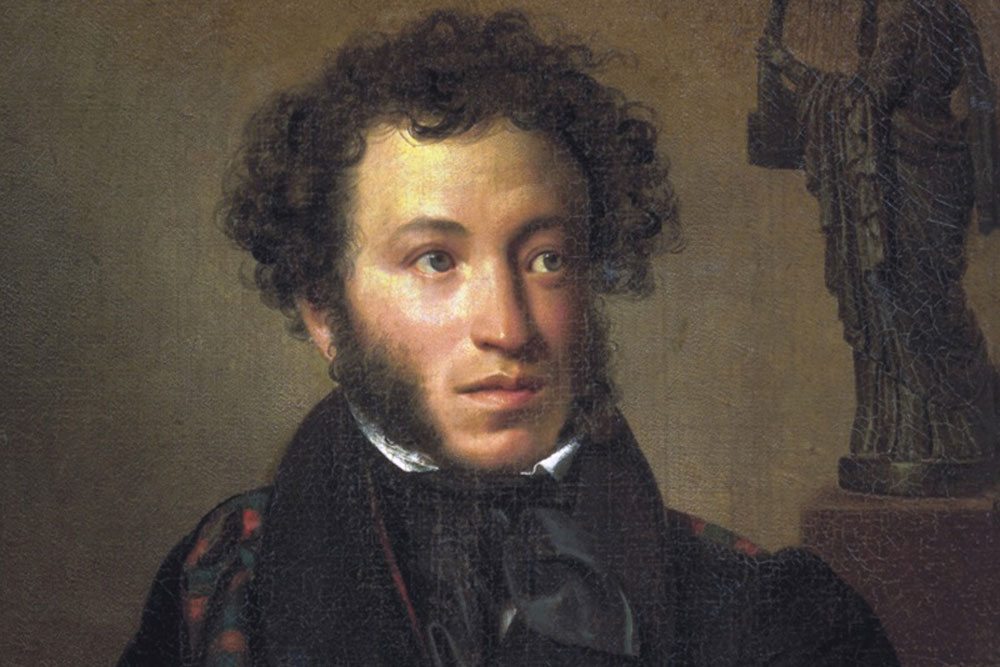 
Like many young Indian men in 2020 whose marriage ceremonies have to be postponed on account of a nationwide lockdown caused by a pandemic, in the autumn of 1830, 31-year-old Alexander Pushkin, the founder of modern Russian literature had to put off his already-delayed wedding to Natalia Goncharova on account of a cholera epidemic.

The Russian Empire had its first run-in with cholera in 1823, but the disease ebbed due to the onset of winter. It made a comeback six years later in Astrakhan in the southern part of the country. In 1830 it struck Russia the way Covid19 is doing in many parts of the world, and penetrated to the outskirts of Moscow and the imperial capital of St. Petersburg.  When numerous quarantines failed to stop the spread of the disease, the government set up checkpoints to stop merchant caravans, a policy that caused disarray and popular antagonism. As is the case with the Coronavirus in 2020, cholera struck young and old, poor and rich, but it was the lower classes that bore the brunt, with an estimated death toll of one lakh.

Pushkin was critical of the way the government handled the crisis. In a letter he wrote a year after the epidemic, the Russian poet expressed sentiments that are both familiar and could serve as a warning: ‘Quarantines brought manufacturing and cargo traffic to a halt, ruined contractors and carriers, ended the revenues of peasants and landowners, and nearly caused riots in 16 provinces.’

Despair and popular resentment towards the government quarantine and checkpoint enforcement broke into a vast popular protest, according to Yury Bosin.  WhatsApp obviously did not exist in 19th century Russia, but rumours spread as fast in the country as they do in a tech-savvy 21stcentury India. ‘Once again, rumours that the aristocracy and upper classes were responsible for the plague set off insurrections, as those who were the poorest were least able to ward off the disease,’ Bosin wrote in The International Encyclopaedia of Revolution and Protest. ‘The rumour that doctors poisoned the wells sparked a wave of bloody riots throughout Russia, with large crowds sacking affluent households, smashing quarantines and killing medical personnel,’ Bosin added.

Before the outbreak of cholera, Pushkin went to his family estate in Bolshoe Boldino, which is around 570km away from Moscow (where his fiancée lived).  The writer moved to the estate to take ‘ownership’ of a village that he was gifted by his father as a wedding present. The fact that he would have had to tackle five quarantines of two weeks each on the way stopped Pushkin from returning to Moscow to be with Goncharova.

The writer had to stay in his estate for three months, but the combination of autumn (his favourite season) and isolation helped bring out the most productive period of the writer’s life. The autumn foliage, beautiful weather and the vastness of the family estate helped the writer look back at his past and put to words the feelings and thoughts that ran through his mind about a life that was by no means ordinary.

While going to Bolshoe Boldino, Pushkin had no idea that his stay would be as long as it was, so he took just three books with him: a volume of Nikolai Polevoy’s A History of the Russian People, a Russian translation of Iliad and a collection of poems by English poet Barry Cornwall.  Critics say this forced Pushkin to look deeply within to expand the scope of his writing.

‘In Boldino, Pushkin’s genius came to its full flowering with a constellation of wonderful stories that were more than enough to earn him the fame of an excellent lyricist, dramatist and novelist even if they were the only thing he had ever written in his life,’ the now-defunct Voice of Russia radio station said in a 2013 report.

Not many writers in the Covid19-stricken world have the opportunity to enjoy the ‘endless steppe’ without ‘a neighbour in sight.’ The writer used to ride his horse on the steppe for hours at a stretch, so this was nothing remotely close to the house-confinement that the middle class faces in India. In a letter to his fiancée, Pushkin described the perks of his life in the country: ‘…ride as much as you like, write at home as you like, no one will interfere. Already I will prepare things for you, and prose and poetry.’

Pushkin put the ideal quarantine conditions to good use by changing his attitude towards prose, something that had allegedly ‘made him sick’ in the past. His foray into prose at Boldino began with The Belkin Tales, a collection of five short stories that were based on the lives of the villagers near his estate.

In this long quarantine period, Pushkin also wrote Mozart and Salieri, Little Tragedies, The Stone Guest, Feast in the Time of Plague and The Covetous Knight. These works explore the depth of the Russian soul with all its positive and negative qualities highlighting sensuousness, envy, pride, love and avarice.

Through this long quarantine period, Pushkin missed his fiancée deeply, writing to her on occasion and telling her that he was a ‘wretched animal’ unsuccessfully trying to break free and marry his beloved. During his quarantine, Pushkin had grown a moustache and a beard and was called an ‘uncle’ by children who spotted him in the village.

He had met Natalia three years earlier in Moscow. It wasn’t easy for the poet to convince one of the city’s best-known beauties to marry him. His work had irked the authorities on several occasions and the poet was even sent on exile to Moldova, Crimea and the Caucasus (The tsars spared him the harsher exile to Siberia). Pushkin’s run-ins with the authorities prompted him to plant hidden political messages in fairy tales. A fear of the writer being persecuted was on the top of Natalia Goncharova’s mind. It was only in April 1830 that she accepted Pushkin’s proposal and then came a series of delays, including dowry issues and a death in Pushkin’s family, that put off their wedding. It was then customary in Russia for the groom’s family to pay dowry. The outbreak of cholera and the subsequent quarantine pushed the wedding back further.

Pushkin’s greatest achievement during the lockdown was the writing of the two final chapters of his magnum opus Eugene Onegin. It took the poet seven years to write the novel in verse that he finished in Boldino. The novel’s eponymous protagonist, a superfluous man, became the model for many heroes in Russian literature for generations.

Novelist Vladimir Nabokov, who translated the novel in verse to English, said Pushkin produced ‘an incredible number of masterpieces’ while in quarantine in Boldino. Such was the complexity of Eugene Onegin that Nabokov needed two volumes of material to completely covey its meaning in English.

Quarantine in 1830 was lifted in the first week of December and Alexander Pushkin was finally able to go to Moscow and be with his fiancée Natalia Goncharova. They married in Moscow in February 1831, when they thought they would have decades of marital bliss. Alas, this was a Russian story and it ended with the country’s greatest poet getting killed in a shooting duel in January 1837.