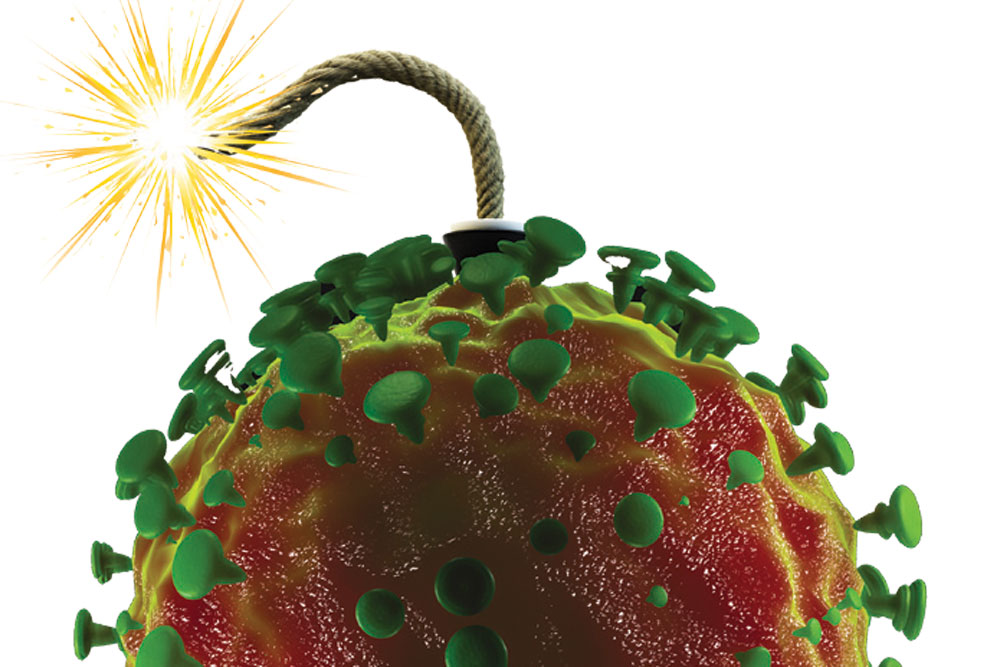 
One of the more frustrating aspects of the coronavirus pandemic is how little modern medicine has to offer in the way of prevention or treatment. At the moment, humanity can only fight COVID-19 with our oldest weapon against infectious disease: isolation.

Scientists all over the world are working to change that, supported by research institutes, pharmaceutical companies, and government health authorities, all determined to halt a virus that has already killed more than 34,000 since January, and derailed ordinary life for billions of people. Nearly 80 compounds are now being considered for use in fighting COVID-19, including 44 possible vaccines, according to a World Health Organization register.

On the vaccine front, experts say we should expect no miracles. Most authorities caution that a vaccine is anywhere from 12 to 18 months away. Abigail Jones, a spokeswoman for the International Federation of Pharmaceutical Manufacturers & Associations (IFPMA) in Geneva, says that anyone saying otherwise is being “misleading and not helpful.”

Even 18 months may prove optimistic, given that historically, the success record for vaccination formulas that make it from trial to licensing is about one in ten, according to IFPMA reports.

However, other treatments and tests may be approved sooner than a general vaccine, which should make the virus less deadly and easier to manage. Some industry insiders say a test to show whether a person has already had the virus, for example, will be ready within a few weeks, a development that could be helpful further down the line, as the world struggles to get back to normal.

But there are several causes for optimism, at least for the long-term. These factors may not matter much for COVID-19, but changes taking place now in the vaccination ecosystem should leave humanity better prepared for the next pandemic:

– There are more world-class vaccine teams now than ever. The number of laboratories capable of cutting edge science continues to grow. Once most vaccine development took place in the United States and Europe, but teams in nine countries are now working on vaccines, according to World Health Organization figures.

Pharmaceutical research maturity seems to have grown particularly quickly in China. “China has shown that it now has the capacity to identify a virus, to monitor a situation… and to react at an R&D level. Who will win the race for a vaccine we don’t know, but there is a Chinese team on the starting line now that was completely excluded three or four years ago,” says Joel Calmet, a former public affairs representative for Santofi-Pasteur, and a Rouen-based consultant for Baird’s CMC, a communications and management consultancy.

A Chinese team, CanoSino Biological Inc. and the Beijing Institute of Biotechnology, have one of two vaccine entries in the world now beginning phase one clinical trials. At least five other Chinese teams are also at work on vaccines, several in partnership with western pharmaceutical companies.

Indian scientists too are off and running: the Serum Institute of India in Pune announced on 9 March that it planned to bring a COVID-19 vaccine to market by 2022, using a vaccine it has been developing in cooperation with Codagenix, a Farmingdale, NY biotech company. Cadila Healthcare of Ahmedabed is also working on its own formulation.

– Borders may be closing, but scientists are still talking. The level of international cooperation between pharmaceutical companies and research institutions is unprecedented. “It’s never happened before,” says Jones of IPFMA, an industry veteran. “…This is a real sea change.”

– Politicians may realize vaccines are a bargain compared to a global economic collapse. While some pharmaceutical companies, such as the Serum Institute, have built good businesses around vaccines, the risk-to-reward ratio can discourage companies from entering the market. Now that the economic and social costs of a pandemic have become much clearer, industry observers believe governments are likely to be much more supportive of maintaining pharmaceutical industry incentives to develop vaccines.

But don’t expect approvals will get appreciably faster, pharmaceutical executives warn. “Can we lower the bar on the vaccine?” said David Loew, Executive Vice President of Sanofi Pasteur, at a recent IFPMA virtual press conference. “The answer is no and the reason is very simple: you are injecting this to healthy people so you don’t want to have suddenly people getting sick because we were shortcutting certain things…it could also have deleterious effects on other vaccines if people lose trust in vaccination.”

– Genetically engineered vaccines are almost here. The science behind some of the compounds now being proposed is also potentially game-changing. One case in point: a revolutionary vaccine now in stage one clinical trials being developed by Moderna, a Cambridge, MA biotechnology company and the National Institute of Allergy and Infectious Diseases (NIAID) with the support of the Coalition for Epidemic Preparedness Innovations (CEPI), a non-governmental consortium focused on financing vaccine development.

Moderna’s proposed vaccine doesn’t work in the traditional way, by exposing a person to a weaker version of the virus to stimulate antibodies. Instead, it alters messenger ribonucleic acid (messenger RNA, which the company has described in a recent Securities and Exchange Commission filing as “the software of life”) and reprograms the recipient’s cells directly. Once the new strand is recognized by the immune system, the cells start to create antibodies against the target virus.

If Moderna’s mRNA formula is approved, it may offer a number of advantages to scientists fighting to ward off the next pandemic. First, coming up with the formula much more quickly: It took Moderna only 56 days to develop a vaccine and start trials. Development began only hours after they received the genome from Chinese researchers, according to Justin M. Richner, an assistant professor at University of Illinois college of Medicine at Chicago, an mRNA vaccine researcher who has collaborated with Moderna.

Unlike traditional vaccine-making, which requires a lot of delicate chemistry, mRNA vaccines follow the same steps for every vaccine, according to Richner. For the same reason, scaling up production should also be much easier. Instead of this complex chemical cocktail, an mRNA vaccine is “just a series of nucleotides that we can synthesize easily in the lab.”

Richner adds that mRNA vaccines will be safer than the traditional variety, as they won’t be produced with any viral elements, making it usable for people with compromised immune systems.

The genetic engineering is safe too, according to Richner, because it stimulates changes cellular protein production for a few weeks before it dissolves, just enough time to spur antibody production. “mRNA cannot enter into the genome. That is what makes mRNA an attractive therapeutic,” he explains.

For its part, Moderna seems confident: Politico.com reported on March 24 that CEO Stephane Bancels had told financiers his company might be able to make the vaccine available to health care workers by the fall of 2020 if they get a special emergency Food and Drug Administration authorization.

However, although the science behind mRNA engineering is accepted – at least 50 therapies that use mRNA are now in clinical trials, including therapies for blood cancers, melanoma, brain cancer and prostate cancer –mRNA therapies are all still experimental.

Industry observers say approvals might take some time. “The drawback of messenger RNA is that it has never been tested in a large phase 3 trial so we don’t know what’s going to happen…” noted Loew of Sanofi Pasteur.

For now, we will have to stick to the tried-and-true approach that humanity has followed for at least 2700 years. From Leviticus, the book in the Bible that includes a description of how and who to quarantine; to Hippocrates, the ancient Greek healer (who wrote a three-volume study of epidemics); to doctors in the Middle Ages (the word quarantine itself comes from the Venetian dialect for 40 days), the advice has stayed the same: stay clear of sick people.

What Is Fuelling Anti-Indian Sentiment in the US?

Why White America is Breaking Bad