When there is little information available, some educated guesswork should be permissible 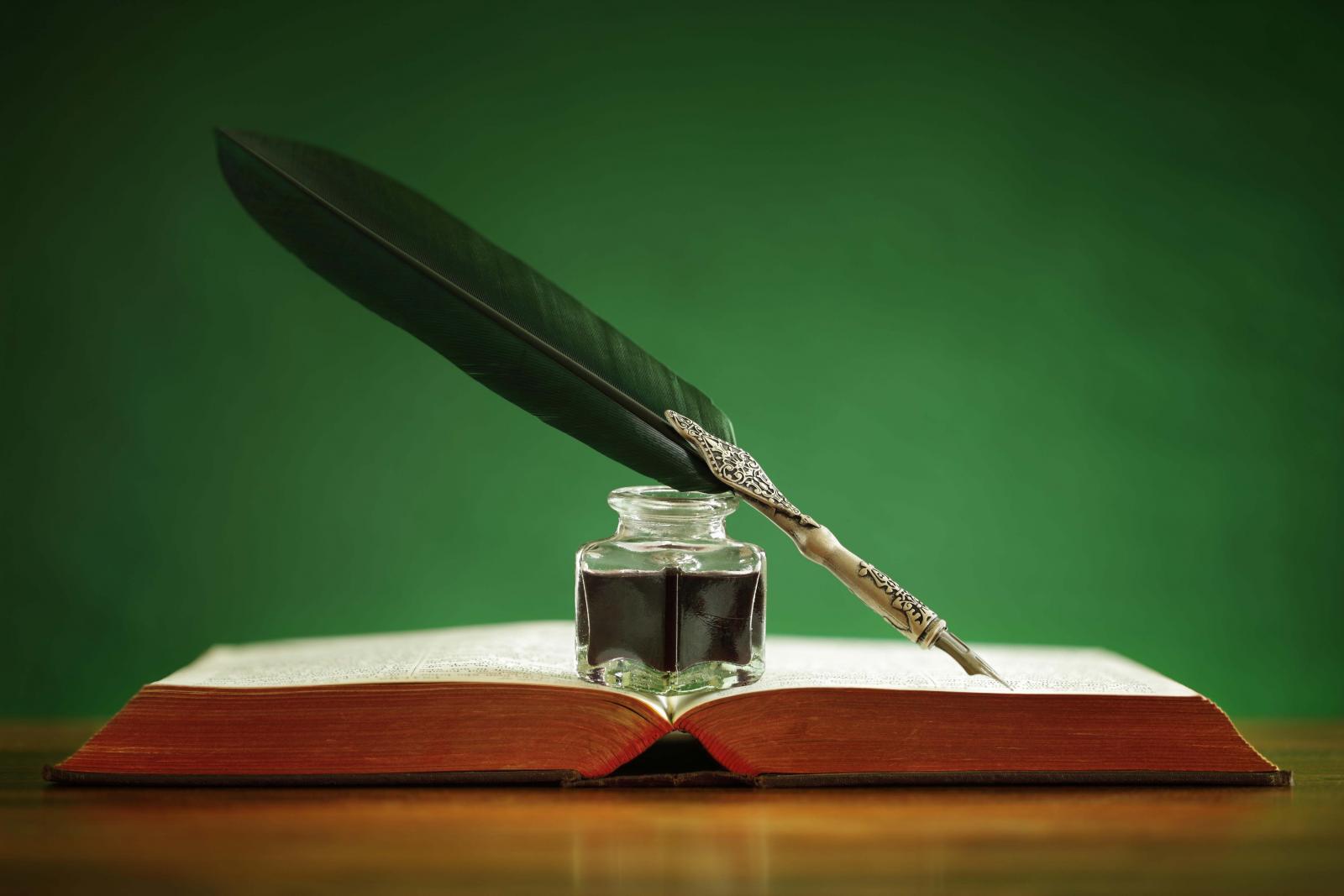 The Calcutta then, and the Kolkata now, differ in many ways. The population of Kolkata’s urban agglomeration was more than 14 million in the 2011 Census. Censuses are of recent vintage. A census for the town of Calcutta was held in 1876, on 6th April 1876 to be precise. This gives us a total population of 429,535 – 409,036 for the town of Calcutta, 2,803 for Fort William and 17,696 for the port of Calcutta. In Manmatha Nath Dutt’s growing up years, that was Calcutta’s total population. As part of the 1901 census, there was a census of Calcutta town and its suburbs. In 1901, Calcutta’s “population consisted of 847,796 souls”. As in every census, literates and illiterates were counted separately. In 1901, the number of literates was 210,442. In Manmatha Nath Dutt’s working years, his social and intellectual interactions would have been with a set of around 200,000 people. But this is a gross over-estimate. After all, the definition of literacy, used in any census, is very basic. There can be a better perspective though. But I have to make an assumption and it can hardly be called heroic. I have to assume Manmatha Nath Dutt studied in Calcutta. In principle, he could have studied somewhere else and lived in Calcutta subsequently. While this is possible, it is not very plausible. Hence, it is safe to assume that he studied in Calcutta.

It can help understand the education system then. Three universities were set up in 1857, in Calcutta, Madras and Bombay. In 1882 a Commission was set up to examine the Indian education system. This is known as the Hunter Commission. Even if one is not interested in Manmatha Nath Dutt, this makes for fascinating reading. It tells us what the system was like in 1882. The Commission’s report stated, “The function of these Universities is that of examination, and not of instruction. The latter is conducted by the affiliated colleges and other institutions authorized to send up candidates for the university examinations.” This was a decentralized structured, modelled on systems prevalent in Britain. Before enrolling in any such college, the University of Calcutta conducted an Entrance examination.

The Education Commission tells us that Entrance examination examined the prospective student in (1) English, (2) an optional language, (3) mathematics and (4) history and geography. After two years, there was a First Examination (F.A.) in Arts. Since one is interested in Manmatha Nath Dutt, one is specifically interested in English and Sanskrit. For English, for F.A., one studied King Lear, Julius Caesar, Merchant of Venice, some books from Paradise Lost, Hyperion, Burke’s Reflections on the French Revolution, Morley’s Life of Burke, Church’s Spenser and Stopford Brooke’s Primer of English Literature. For Sanskrit, it was Kumarsambhavam, Meghadutam and Shakuntalam.

After two years, a student appeared for the Bachelor in Arts (B.A.) examination and after another one year, a student appeared for the Master in Arts (M.A.) examination. M.A. was the last examination. There was nothing beyond that then. There was something known as the Premchand Roychand Studentship and that had a post-M.A. exam. From passing the Entrance examination, it took five years, at least in the University of Calcutta. “The usual age at which an Indian student seeks admission to the University is between sixteen and eighteen years.” Under normal circumstances, a student received the M.A. degree between the ages of 21 and 23. We know that from 1891, Manmatha Nath Dutt started to use M.A. after his name. Even if he started his translations immediately after passing the M.A. examination, an unlikely prospect, he would have been born between 1867 and 1869. However, it must have taken four or five years to get the magazine and the society going. Something like 1862 seems a more reasonable year of birth.

The Education Commission tells us, in 1881-82, 356 students passed the F.A. examination of the University of Calcutta, 266 passed the B.A. examination and 40 passed the M.A. examination. This is a far cry from the numbers we are used to now. There are some more numbers from a book by Rochona Majumdar. From 1857 to 1881, 20,503 students passed the Entrance examination of the University of Calcutta. 16,000 were Bengalis. By 1881, 1,494 Bengalis obtained the B.A. degree and 344 obtained the M.A. degree. Between 1881 and 1894, 11,340 Bengalis passed the Entrance examination, 1,695 obtained the B.A. degree and 276 obtained the M.A. degree. Adding up the numbers, a cumulative total of 3,189 with B.A. degrees and 620 with M.A. degrees. Some with B.A. degrees naturally went on to study for the Master of Arts. Therefore, there is a little bit of double counting in this. Nevertheless, we have a pool of something like 3,000 people. That’s the set Manmatha Nath Dutt would have interacted with, a size that is smaller than the membership aggregate of an average club. We aren’t talking about 200,000 people. It is just about 3,000. A close-knit group and everyone would have known everyone else, not even six degrees of separation required.

When there is little information, some educated guesswork should be permissible. I think Rabindranath Tagore knew Manmatha Nath Dutt. This is more than the close-knit group argument. Rabindranath Tagore was born in 1861. Thus, he was Manmantha Nath Dutt’s contemporary. There is a 1964 film known as “Charulata”, directed by Satyajit Ray. This is based on a novella/long story written by Tagore. In Bengali, the novella is titled “Nashtanida”, which translates as “Broken Nest”. “Nashtanida” was written in 1901. Bhupati has independent means and does not need to work. He is interested in politics and the freedom movement and publishes a newspaper/magazine in English. His young wife, Charu, is neglected, though Bhupati does love her. Bhupati’s brother-in-law, Umapati, is a lawyer, one who is not too successful. It is Umapati who encourages Bhupati to start the magazine and helps him run the magazine and the associated printing press. Since Charu is lonely and bored, Umapati’s wife, Mandakini, moves in as her companion. But she is too crass for Charu. Bhupati’s cousin, Amal, studies in college and drops in often. A close relationship develops between Amal and Charu. Amal is a writer and also encourages Charu to write. Eventually, Amal thinks the attachment has gone too far and leaves, intending to study in England. Charu is shattered. Realizing the close relationship that had developed between Amal and Charu, so is Bhupati. The nest is broken. This is the gist of the story.

It doesn’t make sense to quote from the Bengali. I will quote bits from Lopamudra Banerjee’s translation. “Bhupati had inherited a lot of money and generous ancestral property, so it was quite natural if he didn’t bother to work at all. By sheer destiny, however, he was born a workaholic. He had founded an elite English newspaper and that was how he decided to cope with the boredom that his riches and time, which was endlessly at his disposal, brought to him.” This is how the novella begins. Let’s turn to the relationship between Charu and Amal now. “Charu, befuddled, came up to the end of the inner apartments of the house and clapped a number of times to draw his attention, but nobody seemed to listen. Angered, frustrated, she tried to concentrate on a book written by Manmatha Dutta in her verandah…. Manmatha Dutta was a new author, whose style of writing was somewhat akin to Amal’s, therefore Amal consciously refrained from praising him, reading out instead some excerpts of his books to his sister-in-law with enough mockery in his voice. Charu, irritated, would snatch that book from him and throw it away in disdain…. Amal entered the verandah, and Charu pretended to read on, unnoticing, indifferent. Amal asked, “What are you reading so raptly?” Watching her silence for some time, Amal lifted his head to her back, trying to read the name. “Manmatha Dutta’s ‘Galaganda’ (Goiter)!” he mocked.” Non-Bengalis may not have read the novella, Bengalis will have. Did you notice the name Manmatha Dutta when you read it?

This is fiction and fiction need not have resemblance to reality. However, the depicted relationship between Amal and his sister-in-law is often asserted to have a basis in the relationship between Rabindranath Tagore and his sister-in-law. Autobiographical elements creep in, sometimes subconsciously. If this logic is accepted for the relationship between Tagore and his sister-in-law, why should Manmatha Dutta not have been a real person? What was Charu’s full name? Most people will say Charulata, which is why the film has that name. But if you read the novella (in Bengali) carefully, you will find Tagore was a bit inconsistent in naming. Umapati is also Umapada and Charulata is also Charubala. Sushama Sen was Prosanto Kumar Sen’s wife. Her autobiography tells us Prosanto Kumar Sen’s sister, Charubala, was married to Manmatha Nath Dutt. Fiction may well have reflected the reality.

(This is the second part of an essay on Manmatha Nath Dutt by Bibek Debroy. Click here to read the first part)