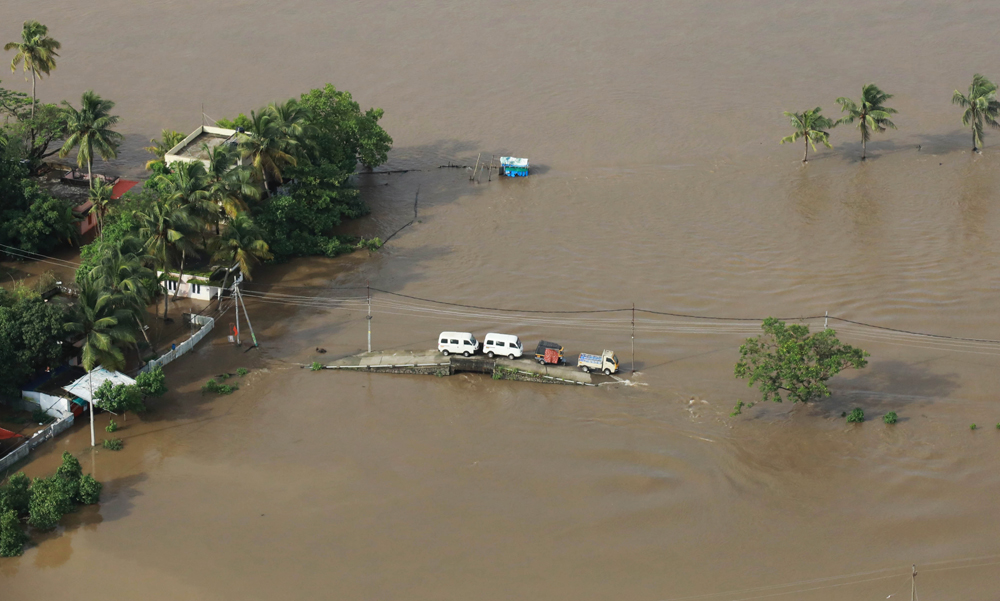 According to the ancients of our land, the two main components of Creation are the inactive Purusha or potential energy and the active Prakriti (kinetic energy). Prakriti also means nature. Human beings are accepted as the acme of all created beings. This is because it is human beings who seem to have a modicum of control over all other species as well as their environment.

Why did the ancients place such emphasis on caring for nature? Because it is a fact that without clean air, water and food from the Earth, mankind cannot sustain itself. While human beings may prey on animals, these animals need the bountiful and healthful harvest of the Earth to live.

Being a part of the natural ecosystem was what was ideal for human beings. As time and skills advanced, human beings slowly started to seek to alter nature to suit their purposes. It was just a few deadly steps away for them to start abusing nature for the sake of a greed that to the ancients was a poisoned emotion.

No wild animal kills more than it can eat. They never ‘store’ rotting corpses for the next time that they are hungry. Often you can see huge herds of zebra, deer, gnu etcetera grazing peacefully a scarce 50 ft away from a pride of well-fed carnivores.

Apart from the ever creeping onward greed of mankind, there are certain natural phenomena to contend with. Our ancient sages were so much in tune with Prakriti that they came to predict—and prepare—for the vagaries in nature.

Having two solar and lunar eclipses a year is normal. According to our ancient texts what brought about the unexpected rains in Kerala and many other parts of the country was the eclipse of the full and blood moon, in between two other eclipses. This is a surefire recipe for natural calamities. ‘Ati vrishti’ (excessive rain) and ‘ana vrishti’ (unseasonal rain) are the results of the actions of these powerful eclipses on Earth.

The monsoons in Kerala are usually due on the first of June (traditionally the day schools and colleges open after a two-month summer vacation). This corresponds to the middle of the Malayalam month of Edavam. Rains start then, intensify, then taper off. In fact the rainfall in the month of Karkitakam (Ashad) is just seven light showers for seven days. In 2018, the latter were the very days when there was a deluge.

Similarly there is a difference in the composition of sunlight. Kumbham (corresponding to roughly February 15th to March 15th) and Kanni (corresponding to September 15th to October 15th) are the two months of sunshine in Kerala. Kumbham sunlight is 60 per cent yellow and 40 per cent white. Humidity is more then, as well as light.

In Kanni the sunlight is 60 per cent white and 40 per cent yellow. The heat is more in Kanni.Had we remembered what was taught to us millennia ago, we would have been aware that every phenomena of nature is directly or indirectly connected with each other. That this super eclipse will affect ALL the five elements of Creation. The first warning was the wind misbehaving as Okhi. The heat before the floods and now, immediately after the floods, is killing. This is the fire element. Water evidently played havoc with the land. Expecting earthquakes would not be a panic button reaction but preparing for a very real possibility. When all these things happen everything will become equal, or to use a Sanskrit word, ‘samānam’. Another interpretation of the word is ‘sa + mānam’ or ‘like the sky’.

It is a hard-to-believe fact that unless we have normal rains in October-November, there could well be a drought in the precise area where flooding occurred a scarce two months ago.

We have filled in the sea and built skyscrapers. We have tunnelled through rock to build railway bridges. We have made desert sands bloom. We have built dams across many rivers and made the natural flow of water into the unnatural stasis of rock. Human beings have proved themselves to be the Dictator of Creation and, in the process, destroyers. It may be good for us to remember constantly that just one uncontrolled act of nature, to restore the balance of power, could result in the debilitation of mankind. Working with largely forgotten but still available ancient knowledge and in tandem with nature or Prakriti may be the only long-term way of a happy survival on Earth.