What goes into making of a country 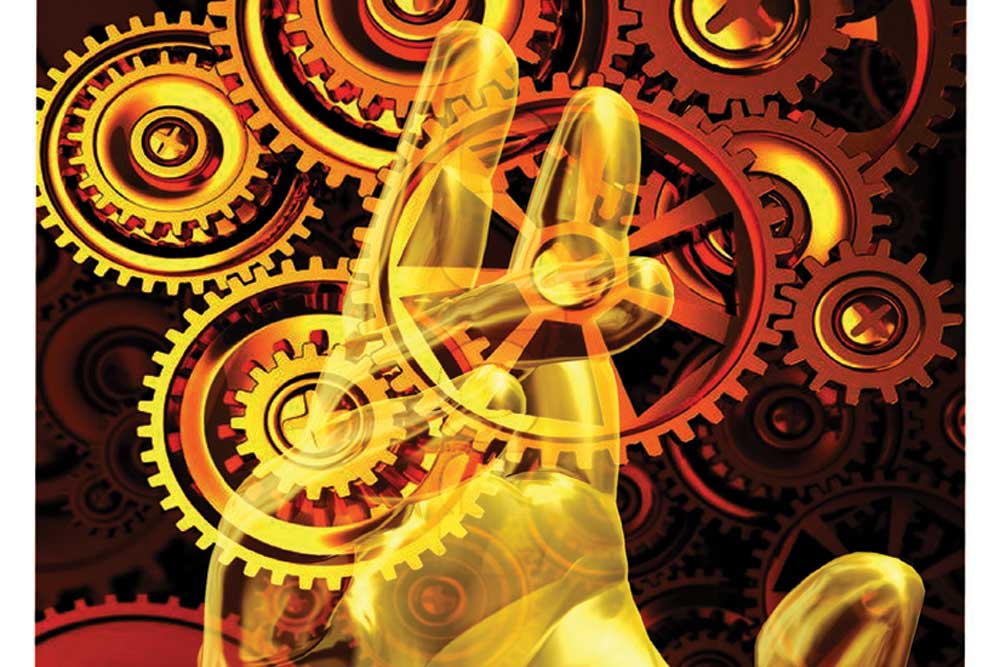 Duties and privileges are indivisible.  Any one without the other leads to a skewed society. Going against the foreign British government to make them leave was one thing but continuation of the very same tactic has resulted in double power centres – the rulers and the ruled. This has resulted in confusion.

At the time of independence, India had a burgeoning population. Food was a basic necessity. A lot of arable land was lying fallow and had to be cultivated to feed the poor.  Politically, India had to face the guarantee of privy purses, as part of the Covenant between the erstwhile Maharajas and the new Indian government. This understanding was broken suo moto by Mrs Indira Gandhi’s government. The Indian government, by breaking its own word lost its credibility. Striking off the right to private property pushed it further towards the feel-good but ultimately useless communist economy. If the ownership of the unused, fertile land could be guaranteed and enforced by government, it was a workable scheme. No landowner was going to risk losing his land to the tiller or to the government, even at the cost of large-scale starvation.

Sanitation has been yet another problem that India had to face. “The Great Indian Unwashed” had become a cliché. It was impossible for any government, central, state or local to ensure cleanliness. The current way of waste management in India is two fold. Dump the waste generated into the next compound or throw it without being caught into the next available empty place. This “moving” of waste is not going to clean up the country.

Each person/ house/ shop/building has to be responsible for its own waste disposal. The shops that line the road will keep their front side dirt-free, which will automatically clean both sides of the road. Houses with stagnant water collections will have to see to it that mosquitoes (and consequently diseases) are not spread. This will generate an automatic market for waste disposal. Recycling and segregation of wastes will happen, as it will be lucrative for the citizens, with an extra bonus of resulting cleanliness.

In 1990s, there was a plague in Surat but under the able stewardship of Shri Rau  (the group was called Rau sena) the city was made exceptionally clean. There are villages and panchayats in India who take up cleanliness to save itself from any disease.  But the pace has to be much faster. The fear and consequence of accumulating filth and love of income from waste disposal are motivating factors in initiating cleanliness drives.

India has been facing yet another problem of linguistic division, which has to go. In fact, any differences among people have to be obliterated to the greatest extent possible. A definite number of the population should make a ward, Panchayat, district, State etc. This will be a body blow to the current political system that cleverly manipulates these differences for totally selfish motives.

The same goes for religions and castes too. Every person has the fundamental right to worship his/her religion of choice. But their right ends, to quote Victor Hugo, where the other person’s begins. One of the most deafening and intrusive things is the use of megaphones to blare out music during temple functions. When questioned, the immediate answer is that mosques blare out prayers five times a day, starting from pre-dawn. Being more in numbers, let the Hindus have their songs ten times a day, for triple the duration of the Muslim prayers (their each prayer lasts two minutes each) but not any longer.

A nation with citizens competing against each other will become divisive and weak internally. Whatever be the reasons for conflict and their flare up points, the solution has to be domestic to be fair and to be sustained. Please remember that it is we who actually live here, who have to bear the consequences of social engineering, if any. Choice of food, clothing and other personal decisions are not the business of any government and individual choices have to be respected. Mutual self-respect is non-negotiable rights of the people. To try to apply retrospective justice ignores the sanctity of the living. Those alive now cannot be held accountable for the atrocities perpetrated by their long dead ancestors.

The law has to be respected. For that, it has to be mature and minimal. The Indian legal system is bogged down by backlog but is miraculously fast-tracked for people with money and influence. It is the biased legal system that makes the common man resort to going to the underworld for quick resolution. For example, the real estate in Mumbai is one of the most expensive on earth. There are more tenants (read voters) than are landlords. To evict a tenant is near impossible in Mumbai. Desperate owners, holding crores of rupees worth of property, had to reconcile themselves to getting a bare one hundred thousand in ten year’s time. Enter the local Don. He collects about 35% of the market price of the building. Some amount goes to the tenant as compensation. The rest is pocketed by the don and the flat owner finds himself with a tenant free flat.

The don also arranges for a buyer if the owner would prefer to do an outright sale. A further nominal amount is charged for this, which is like a bank’s processing fee, the amount is much less and the efficiency much more. The owner is relieved to hold an encumbrance free property, even at a lower value, than no property or an endless waiting for a legal redressal. Fear of the don guarantees continued good behaviour from both sides. Political parties have started and flourished on this system.

The tenet of Hinduism is – Dharma, Artha, Kama, Moksha. Contrary to the widely held belief, Hinduism does not urge people to leave the world for Self-realization. Remember that Shri Adi Shankara had to experience physical relations, before he got the right to sit on the Sarvajnapeetham, or the seat of all knowledge. The phalashruthi, or the stated benefit of many, many pumas and rituals are a combination of material and spiritual benefits.  The Hindu acknowledges the Temple to be one of the most sacred of places. The erotic sculptures on many ancient temples show us the importance of the physical body.

Shiva Shakthya Yuktho states the opening stanza of Shri Adi Shankara’s hymn to the Mother Goddess, the Soundaryalahari. It means that nothing will move, without the combining of both Shiva and Shakti. The Shiva Linga, one of the most esoteric and maligned phallic symbols of Shiva, is incomplete without its base, which stands for the Yoni of His consort Shri Parvathi. Certain parts of the human anatomy are covered not because of a sense of shame, but because they have to be kept exclusive.  Besides the only way that one can get away from one’s body is suicide, which is a moot point here.

A sly way of spreading confusion is to create a mind-soul-body divide. In a happy person all these separate parts have to work together.

Dharma or righteous means of generating wealth is encouraged in Hinduism. Please note that while charity is revered, redistribution of the existing wealth is not a one-stop solution. Wealth has to be created. It is only natural that the creator of wealth would like a definite say in how it should be distributed. To state that others matter more, while sounding politically correct, is practically unworkable. Capital gains tax is based on the preposterous premise that any gain has to be taxed. Is one to aim for loss for the preferred spiritual result? Such a loser-based system generates India’s most vital economy – the black money. As taught in primary Physics class, the colour black absorbs all. This holds true for India’s black money economy too. It is ironic that Lakshmi, the Goddess of Wealth and Fortune, is one of the most popular deities in Hinduism, yet disrespected in practical terms.

We have to think out our priorities. Champion horses were once upon a time, the preferred method of travel for the ancient kings who were the VIPs of olden times. The horses have given way to snazzy cars. This is because of validation of time. Likewise, it may be time to recalibrate our Constitution. Make it a simple document to be followed in action as well as in theory.

Corruption in India is a symptom of our society’s inherent fault – hypocrisy. We are comfortable in our familiar rut of lying to ourselves. Any attempt to get out of this mindset is termed non-patriotic, anti-people, treacherous, maverick etc. Irrespective of the political parties and their much-reiterated interest in the “welfare of the people”, India is going to continue its downward slide to be a wannabe great nation. If this effort is too much, we should prefix the letter ‘A’ to our National motto, which will then read “Asathyameva Jayathe”, which means only untruth wins. Then we can continue to rest on our undoubted past glory and inertia. Happiness, then, can be left to the vague certainty of a next birth.