Maybe we should bring the beat constable back 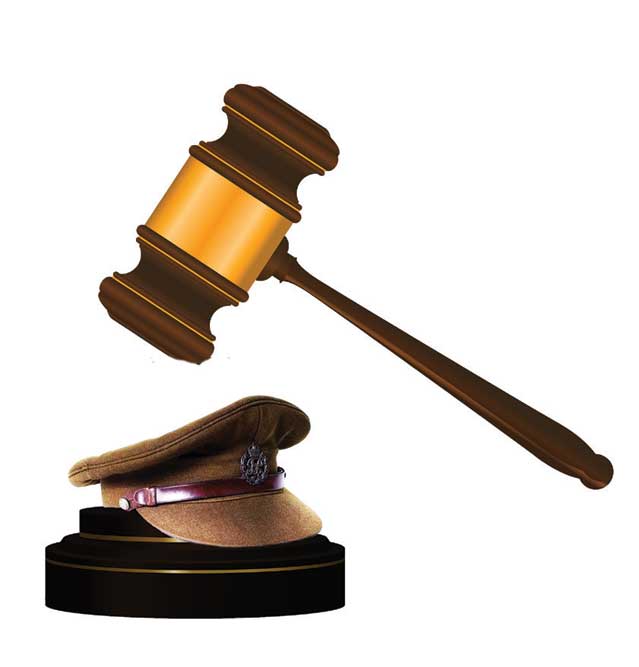 While the terms of reference varied across states, they all focused on the need to examine the adequacy of strength, equipment and other resources of the police; recruitment, training and disciplinary standards; working of rural police; separation of investigation and law-and-order functions; powers and duties of police; maintenance of records; morale and efficiency; corruption and measures to deal with it; and police community relations. The First Administrative Reforms Commission (1966 onwards) had a Working Group on Police. The Gore Committee on Police Training followed in 1971. In 1977, there was a National Police Commission. Between 1971 and 1982, it submitted eight reports. Add to that initiatives by the National Human Rights Commission and some elements of the 1993 Vohra Committee. Various commissions and committees contemplated the police. The implementation had very little commission, plenty of omission. If you were looking for action, you were bound to be frustrated. Therefore, two former Director Generals of Police filed a PIL petition in Supreme Court in 1996 (Prakash Singh versus Union of India). Could the Supreme Court ask that recommendations of the National Police Commission be implemented? The case dragged on for ten years. In the course of this, the Supreme Court directed the Union Government to ascertain why the recommendations were not being implemented. No doubt they would have been in due course, at the appropriate juncture, in the fullness of time. Thanks to the Supreme Court’s directive, the Ribeiro Committee on Police Reforms was set up and there were two reports, in 1998 and 1999. While the matter was still being heard, in 2000, the Government set up the Padmanabhaiah Committee. The Malimath Committee was also set up in 2000. (It submitted a report in 2003). Though the Malimath Committee was on the criminal justice system, it had plenty of bearing on police reforms. In October 2006, a Committee chaired by Soli Sorabjee drafted a Model Police Act. That had several elements, but it would also have replaced the old Police Act of 1861.

We thus come to the judgment delivered by the Supreme Court in the Prakash Singh case in September 2006. ‘Besides the Home Minister, all the Commissions and Committees above noted, have broadly come to the same conclusion on the issue of urgent need for police reforms. There is convergence of views on the need to have (a) State Security Commission at State level; (b) transparent procedure for the appointment of Police Chief and the desirability of giving him a minimum fixed tenure; (c) separation of investigation work from law and order; and (d) a new Police Act which should reflect the democratic aspirations of the people. It has been contended that a statutory State Security Commission with its recommendations binding on the Government should have been established long before. The apprehension expressed is that any Commission without giving its report binding effect would be ineffective.’

The Court passed what have come to be known as the seven directives. (1) Constitute a State Security Commission. ‘The State Governments are directed to constitute a State Security Commission in every State to ensure that the State Government does not exercise unwarranted influence or pressure on the State police and for laying down the broad policy guidelines so that the State police always acts according to the laws of the land and the Constitution of the country. The functions of the State Security Commission would include laying down the broad policies and giving directions for the performance of the preventive tasks and service oriented functions of the police, evaluation of the performance of the State police and preparing a report thereon for being placed before the State legislature.’ (2) Selection and minimum tenure of Director General of Police. (3) Minimum tenure of Inspector General of Police and other officers. (4) Separation of investigation and law and order functions. ‘The investigating police shall be separated from the law and order police to ensure speedier investigation, better expertise and improved rapport with the people. It must, however, be ensured that there is full coordination between the two wings. The separation, to start with, may be effected in towns/urban areas which have a population of ten lakhs or more, and gradually extended to smaller towns/ urban areas also.’ (5) A Police Establishment Board. ‘There shall be a Police Establishment Board in each State which shall decide all transfers, postings, promotions and other service related matters of officers of and below the rank of Deputy Superintendent of Police.’ (6) A Police Complaints Authority. ‘There shall be a Police Complaints Authority at the district level to look into complaints against police officers of and up to the rank of Deputy Superintendent of Police. Similarly, there should be another Police Complaints Authority at the State level to look into complaints against officers of the rank of Superintendent of Police and above.’ (7) A National Security Commission. ‘The Central Government shall also set up a National Security Commission at the Union level to prepare a panel for being placed before the appropriate Appointing Authority, for selection and placement of Chiefs of the Central Police Organisations (CPO), who should also be given a minimum tenure of two years. The Commission would also review from time to time measures to upgrade the effectiveness of these forces, improve the service conditions of its personnel, ensure that there is proper coordination between them and that the forces are generally utilized for the purposes they were raised and make recommendations in that behalf.’ Central and state governments were supposed to comply with these directions by December 31st, 2006, though that was later extended to 31st March, 2007, because the states wanted an extension. Note that the first six directives are meant for states.

These sound like eminently sensible suggestions. What happened thereafter? There is a story of review petitions by some states, contempt petitions against some states. In 2008, the Supreme Court set up a Monitoring Committee (the Justice Thomas Committee). In 2010, this Committee’s report said, ‘Insofar as the implementation of the six specific Directives of the Supreme Court is concerned, the Committee has no hesitation in concluding that practically no State has fully complied with those Directives so far, in letter and spirit, despite the lapse of almost four years since the date of the original judgment. In the States where new police legislations have not been enacted, the directions are purported to have been complied with by issuing executive orders but the contents of such executive orders clearly reflect dilution, in varying degrees, of the spirit, if not the letter, of the Court directives.’ This was in 2010, but nothing has changed since then. I will not bore you with a state-by-state and directive-by-directive matrix of compliance. It is readily available. By the way, there are several contempt petitions still pending before the Supreme Court. Non-compliance by states is perhaps understandable. But I find it a bit odd that police reforms is rarely part of a general reform discourse, though all of us, as citizens, want better police performance.

I will leave you with a last thought. Everyone talks about greater integration between police forces and the local community. That can’t happen if the police force is anonymous. Therefore, should we have the beat constable system back? Other advantages apart, this helps pre-emptive prevention of crime. This was also one of the recommendations in the 5th Report of the 2nd Administrative Reforms Commission.