Historical Wrongs and the Present

Dalit assertion is no excuse for violence against neutral parties 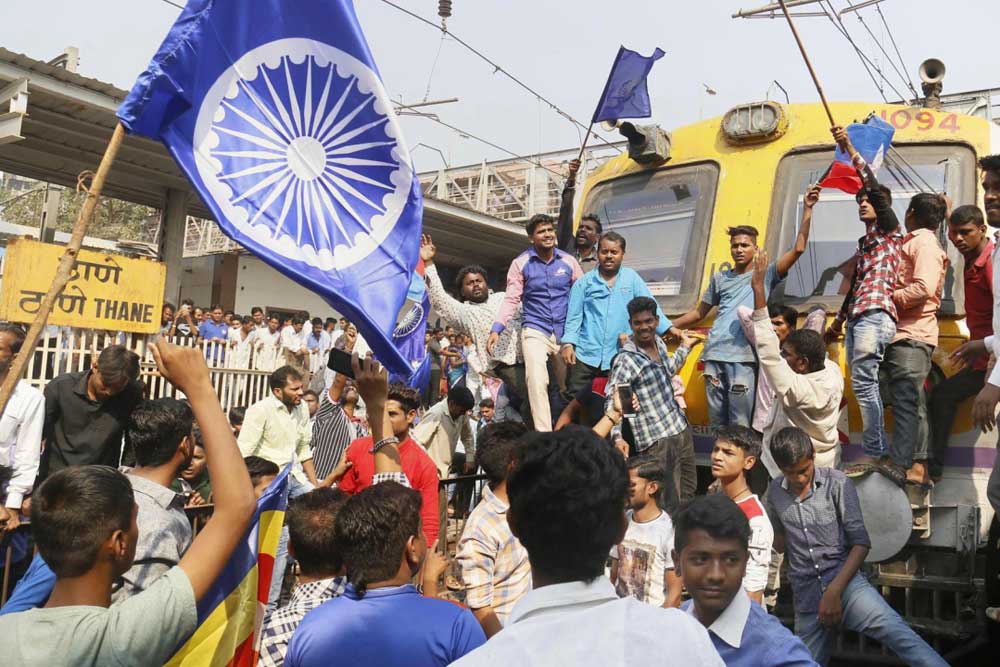 A FORWARD DOING the social networking rounds after the clashes between Dalits and Marathas in Maharashtra was about how the British divided India so successfully that it still continues. It is a point of view for nationalists—and there are some well meaning ones too—but assumes that the India project was an answer to caste. As an ideal, it might have aspired to be, but caste effortlessly melded itself into a modern avatar, as strong as ever. It has always been dynamic, the reason it survived for thousands of years, and dynamism involves flexibility, allowing movement up and down the hierarchy for groups attaining sufficient political power even if it’s only possible in small degrees. Democracy made the process easier. For the first time in the history of caste, pure numbers mattered, not just who carried the weapons or the keys to the library.

Rectification of historical caste injustices can however take disturbing forms, like throwing up a Lalu Prasad Yadav who criminalised Bihar for over a decade using the excuse of dignity for the groups he catered to. There are still many who defend it is a natural consequence of upending the order. Similar reasoning is applied when Dalit groups go on a rampage during a bandh—that the state and people submit meekly when groups like Marathas and Jats organise agitations, but the tolerance disappears when it comes to Dalits.

There is probably some merit to it. When the Shiv Sena calls a bandh, no one is angry in Mumbai. They used to be afraid earlier, but now just take it as an unexpected holiday. But it doesn’t make the Sena’s actions any less venal. All agitations that target disinterested parties are illegitimate. There is nothing just in a bunch of people stopping trains, blocking roads and randomly stoning passersby. That they represent a group victimised for thousands of years still does not give them that right. Because Hindutva forces on the outskirts of Pune attacked Dalits celebrating a 200-year-old battle does not make it okay to stone train travellers in Mumbai. Anyone tolerating this under the label of Dalit assertion must volunteer to get the first stone thrown at him.

In the recently published book, Political Violence In Ancient India, the historian Upinder Singh mentions an instance from the third-century text Uttaradhyayana Sutra in which even Jains, who were beholden to non- violence, thought it was occasionally warranted. ‘Harikesha, an untouchable who became a monk, is said to have been viciously attacked by Brahmans when he was on his alms begging rounds. A deity intervened and beat up the Brahmans. This is presented as an instance of necessary violence,’ the book states. Note the use of violence against Dalits even when they remove themselves from the caste matrix. But also note that the counter-violence is only against the attackers—there is a fairness to it. Even when the state abdicates its responsibility, and deities don’t step in, it makes no sense to punish the world at large. Pointless vandalism is, well, pointless.