Cause and Effect Mismatch

If crop residue is the main reason for Delhi's pollution, regulating firecrackers won’t help much 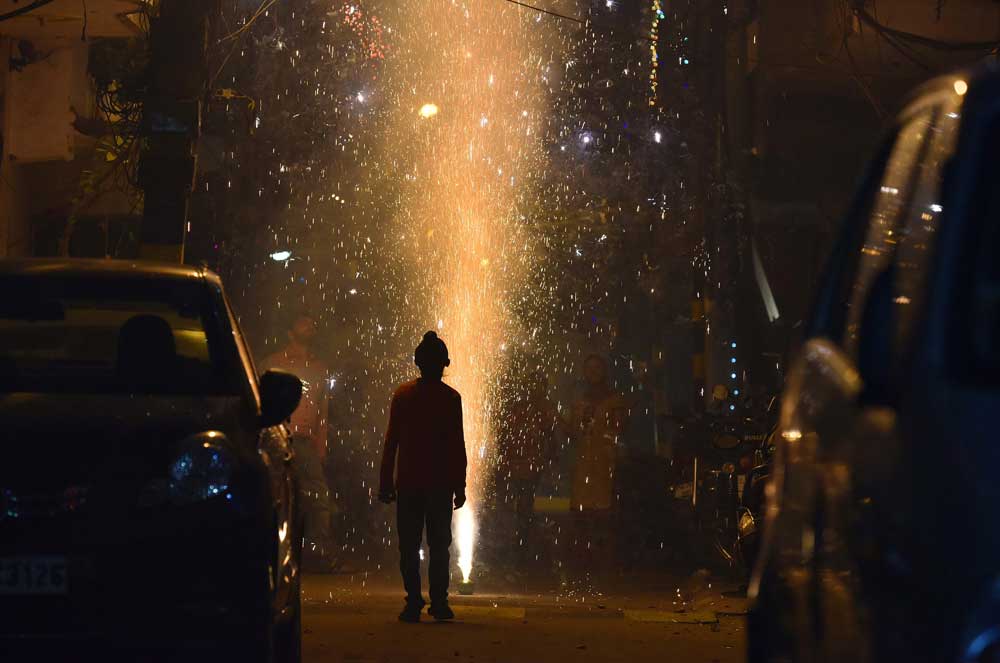 THE BURDEN OF solutions to problems that are acutely felt in Delhi have to be borne by the rest of the country. With the onset of winter, the air there is becoming a predictable smokehouse and, around this time, all institutions get into an annual frenzy to somehow fix it. In earlier times, emission- spewing trucks were ordered away from the city, an odd-even scheme was introduced and managing smoke from firecrackers was given a shot last year too without much success. The recent Supreme Court order mandating the use of low-emission firecrackers and restricting their bursting to only two hours will in all probability meet an ineffectual fate.

The first hurdle is one of enforceability. As an illustration, take this portion of the order: ‘The Union of India, Government of NCT of Delhi and the State Governments of the NCR would permit community firecracking only (for Diwali and other festivals etc. ), wherever it can be done. For this purpose, particular area/ fields would be pre-identified and predesignated by the concerned authorities. This exercise shall be completed within a period of one week from today so that the public at large is informed about the designated places one week before Diwali.’ How can a cultural practice—of individuals celebrating with families—that stretches back decades change into a community affair by an overnight order that has to be enforced in a week? Likewise, the banning of all firecrackers except low- emission ones with Diwali just round the corner when no one knows whether such ‘green’ crackers are even made in India. It is not practically possible for manufacturers to find replacements in a week. People are not going to stop bursting crackers, and if they cannot legally be sold, a black market for them will arise immediately. Simultaneously, it imperils the livelihood of hundreds of thousans of poor workers employed in the sector.

The other reason these blanket regulations will end up as impotent is that the cause is disconnected from the desired effect. Firecrackers are polluting, but there is little to show cleaning them up will do anything meaningful to contain total air pollution. In Delhi, the biggest winter pollution source is the burning of crop residue in neighbouring states. Earlier this year, a Mint article reporting on a Harvard study said it ‘puts to rest several questions on the extent to which stubble burning in north-western states including Punjab and Haryana contribute to the already severe pollution in Delhi. Although Delhi witnesses a spike in particulate matter PM2.5 limits round the year, the ambient PM2.5 concentrations show spikes in October-November, which is also the season for paddy harvesting, when crop residue is burnt by farmers to prepare for next crop.’

If we know the biggest cause, then where should the effort be concentrated? But crop residue disposal involves farmers and state governments that don’t want to antagonise them, making it a tricky political subject. Until that is addressed, everything else is just going to be cosmetic.