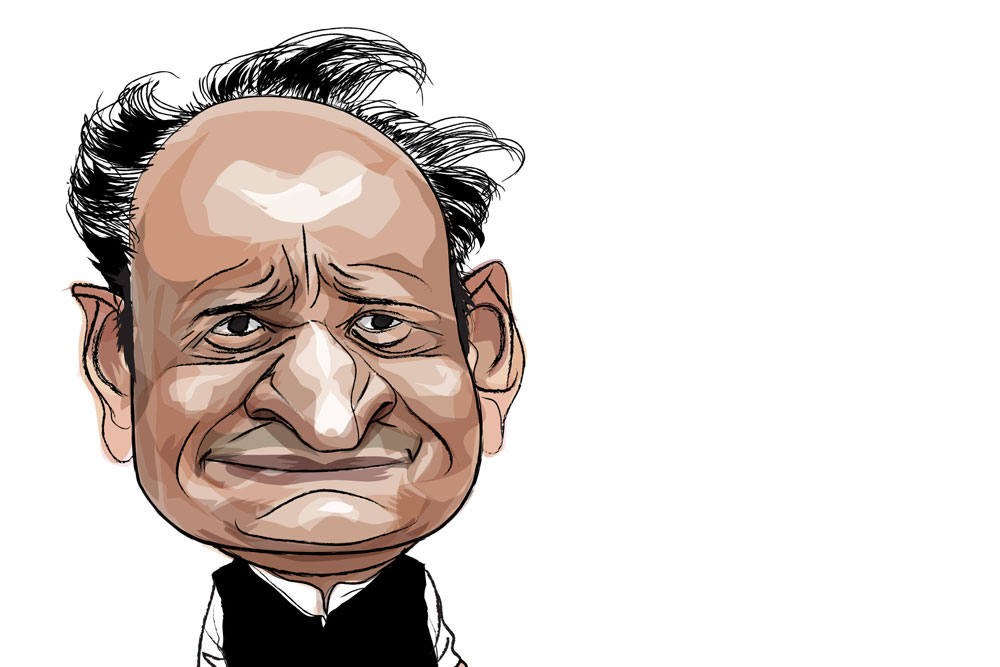 Rajasthan Chief Minister Ashok Gehlot might be in poor health but for the state Budget he didn’t spare any effort. At his 8 Civil Lines house, he held meetings till midnight with officials. Shrewdly, he took special care to pamper the constituencies of six Bahujan Samaj Party, two Bharatiya Tribal Party and 13 Independent MLAs. He also showered gifts on the Sachin Pilot camp MLAs with as many as 20 of them getting funds for hospitals, town halls and development works. Gehlot clearly wants to give no reason for a rebellion and a repeat of the Congress debacle in Karnataka.

BJP Working President JP Nadda, who prefers to be low key, was recently in Bihar where he told surprised party workers that although they know him as being from Himachal Pradesh, he was in fact born in Patna and did his schooling there. His father used to be vice-chancellor of Patna University. Nadda also started his political career from Bihar as a Jana Sangh student organisation worker during the Jayaprakash Narayan movement. He later went to Himachal to study law. Nadda also has a connection with Madhya Pradesh politics. His wife, whom he met when she was a professor in Himachal, is from Jabalpur where her mother was a very important BJP leader who also served as national executive member during Atal Bihari Vajpayee’s tenure as Prime Minster. And lastly, his brothers-in-law stay at Varanasi; so he is connected to Uttar Pradesh too.

Before the Assembly elections in West Bengal, the promotion of the local language is going to be an important plank for Chief Minister Mamata Banerjee. And she got an issue on the platter following the announcement that Supreme Court judgments will now be available in six languages—Hindi, Gujarati, Telugu, Marathi, Kannada and Assamese. Mamata is protesting about Bengali not being among them and wants to know the basis on which these six languages were selected. She argues it should have been on the basis of population which would have included Bengali. Also, her other question is why there was no Urdu translation. Her strategy seems to be to neutralise religious polarisation by playing the Bengali pride card.

Giriraj Singh, minister for animal husbandry, dairying and fisheries, has something that others in the Cabinet does not—an electric car. The Budget this time signalled the Government’s serious intent to make India switch to electric cars but Singh has been owning one since 2017. He bought it after the Prime Minster talked about it in a Mann Ki Baat episode. The only problem is there are not many stations to charge the cars so Singh has to take another car when he goes out of Delhi. But to Parliament it is always the electric car that he comes in.

Pakistan seems to be keen on making peace overtures to India. A think tank of theirs, Jinnah Institute, is said to have held Track 2 talks in Tashkent and Bangkok. Importantly, before discussing the proposed Kartarpur border corridor, the Pakistanis took action against a man identified as a separatist by the Indians. Gopal Singh Chawla, a pro- Khalistani aide of 26/11 terrorist attack plotter Hafiz Saeed, was removed from the Pakistan Sikh Gurdwara Prabandhak Committee when Prime Minster Imran Khan announced sweeping changes in the body.

The July 21st massive Shaheed Diwas rally in Kolkata has always been a very important occasion for West Bengal Chief Minister Mamata Banerjee. She made one change this time. In earlier rallies, her 31-year-old nephew, Lok Sabha MP Abhishek Banerjee, used to get pride of place in the rally posters along with Mamata. But the BJP has recently been targeting Abhishek, sending the CBI and Enforcement Directorate against him. Inside the Trinamool Congress too there is discontent against him. So, this time posters and banners did not have photos of Abhishek. Mamata alone was the face of the rally. Rumour is it was political strategist Prashant Kishor’s advice to Abhishek that resulted in the move.

DMK’s leader MK Stalin claims to still be with the Congress and Rahul Gandhi but the BJP is keen to woo him away. They are reportedly willing to give three ministries to DMK including one for Stalin. The BJP is said to be in touch with Kanimozhi, Stalin’s step sister who is also a DMK MP, about this but so far they haven’t made a breakthrough.

External Affairs Minister S Jaishankar is said to be relying on the services of three old colleagues who are Muslims to send a positive message to the Islamic countries he has to deal with. They are Syed Akbaruddin, now serving as India’s permanent representative at the United Nations; former Intelligence Bureau chief Asif Ibrahim and Ahmed Javed, India’s ambassador to Saudi Arabia. The latter two are interestingly former Indian Police Service officers. The Prime Minister is also said to be appreciative of the work of these three, especially Akbaruddin, whose speech in the United Nations against terror was well received.