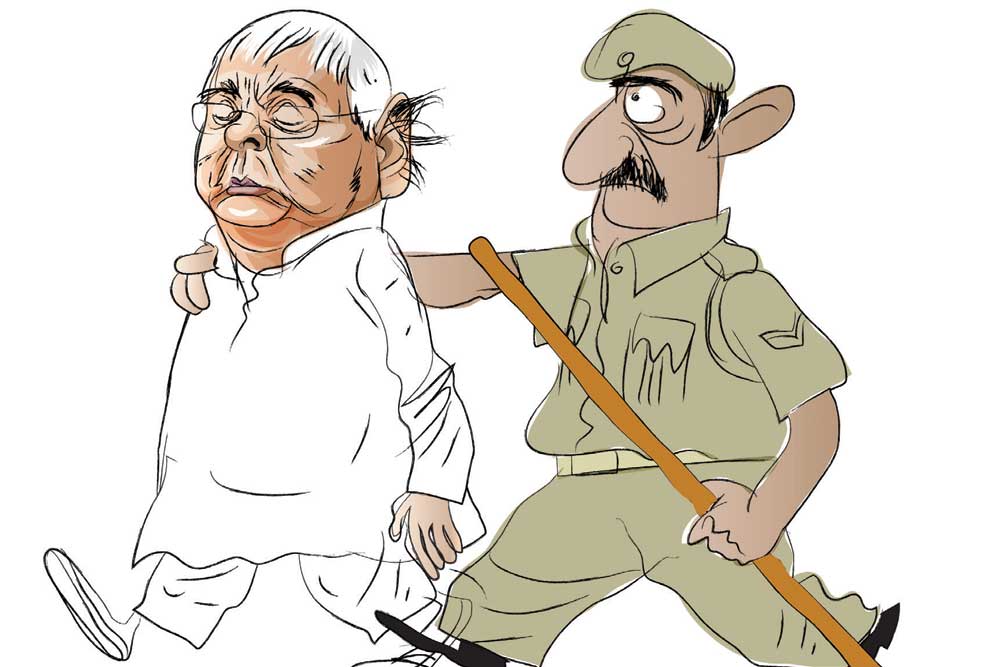 It has been 19 months since Lalu Prasad was convicted and jailed in one of the fodder scam cases. But the Central Hall gossip in the ongoing Parliament Session is that Lalu was really in jail only for two months and the rest of the time he has been a permanent resident of Rajendra Institute of Medical Sciences in Ranchi. Not a free bird, he is guarded by 42 cops in the hospital. The Centre is also said to be turning a blind eye to his hospital stay because they don’t want to be seen as being vindictive.

In the Lok Sabha, behind the Speaker’s chair, lies a lovely wooden door that leads to his chamber. Earlier, the door also served as a conduit for Members of Parliament (MPs) meeting him without prior appointment. Whenever the
Speaker would go to his room, MPs from various parties would follow him. Not anymore. Om Prakash Birla’s diktat is that if any MP wants to meet him in his room, they must go through his officials and the Secretariat. So now, after he exits, the marshals close the door.

The new Karnataka Chief Minister BS Yediyurappa has five astrologers in Bengaluru and they have some role in him staking claim to the government despite the reported reluctance of Narendra Modi and Amit Shah. The main astrological influence on Yediyurappa, one Chandrasekhar, told him that if he didn’t become chief minister within a week, someone else could sit on the chair in the next two months. So, he is said to have followed the astrologer blindly. As of now, it seems to have got him the job. 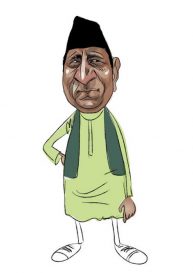 Mulayam Singh Yadav has been unwell. He is unable to walk properly and in Parliament, after getting out of his car, has to be taken on a wheelchair. The man following him while he is thus transported is Samajwadi Party leader Azam Khan, not son Akhilesh. Interestingly, when Azam Khan was laid into for his sexist comments about Deputy Speaker Rama Devi, Akhilesh put aside their recent bitterness and supported him to show party solidarity. In private, however, Akhilesh is said to have been upset by Khan’s comments. 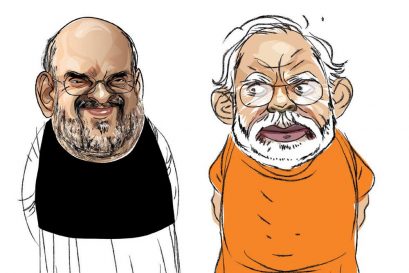 The period before filing of tax returns is a very active one for the BJP. It doesn’t have a treasurer right now and has hired a chartered accountant (CA), a lady whose family was associated with the party, to oversee the process. Narendra Modi and Amit Shah want to do a proper audit. A number of states are yet to submit election expenditure details. Even if a single district doesn’t submit its report, the BJP’s full tax report will be delayed. The CA recently held an urgent video conference with state treasurers and auditors to push them to submit the details.

The museum of all former prime ministers in Teen Murti Bhavan is said to be a project close to the heart of Narendra Modi. The Congress, and the opposition in general, are not happy because they think it is actually a de-Nehruisation ploy. Shakti Sinha as director of Nehru Memorial Museum and Library in Teen Murti Bhavan is overall in-charge but Modi apparently thinks that journalist and former minister MJ Akbar may be the ideal person to oversee the project. The fact that Akbar is a biographer of Nehru might also help calm fears about the latter’s legacy being effaced.

Rajasthan Chief Minister Ashok Gehlot is said to have become very active in building good relations both outside and within his party. He makes it a point to be always available for senior state Congress leaders. Recently, when one of them, Rajiv Arora, invited Gehlot for a puja related to his granddaughter, the Chief Minister stayed around for a long time. This despite Arora not being perceived as a Gehlot confidant. At the venue, Gehlot wanted to give a gift. When Arora politely said that they were not accepting gifts, Gehlot, with ready wit, said, ‘Who is giving it to you? I will give the gift to her’ and handed a sealed envelope to the granddaughter.

After a truck rammed into a vehicle in which the Unnao rape survivor was travelling with her family members, critically injuring her and killing others, the Prime Minster is said to be upset about UP’s law and order situation. Besides the possibility that the accused BJP MLA, now sacked from the party, engineered the accident, the perception that Chief Minster Yogi Adityanath is failing to maintain
law and order has prompted the Prime Minister to ask his Principal Secretary Nripendra Mishra to monitor the state administration.