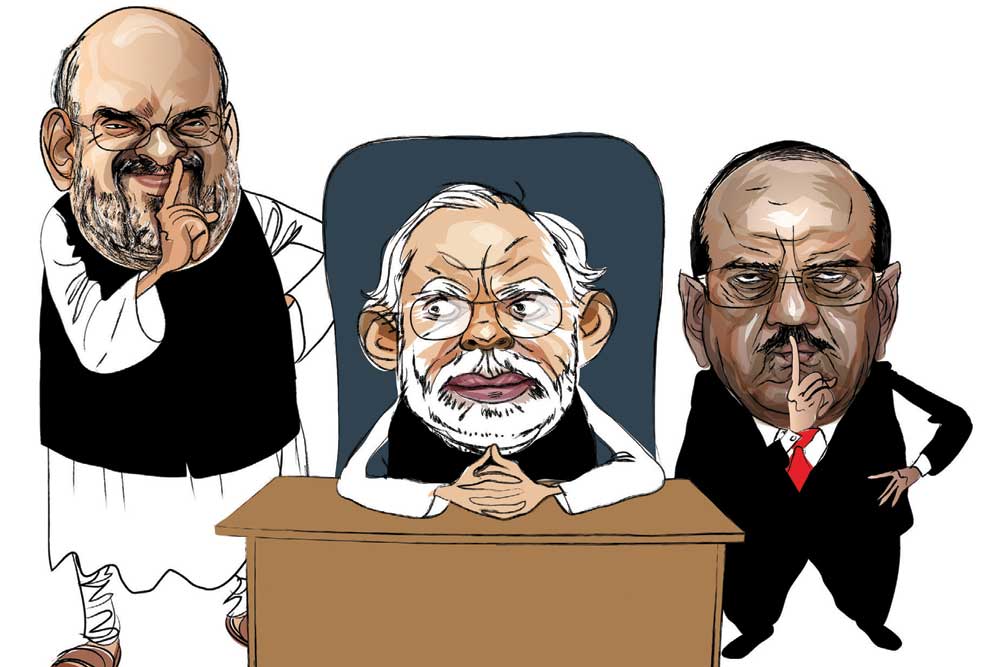 
NOW THAT Article 370 has been removed, the question is when did
Narendra Modi and Amit Shah plan it? The buzz in Parliament was that Modi thought about it before the 2019 Lok Sabha elections because he was confident of his second-term victory. And when he asked Amit Shah to contest for the Lok Sabha, he was sure of making him the next home minister. They also took opinions from legal luminaries, like Harish Salve and Soli Sorabjee, but without specifying when they would act on it. Even when the Government extended the Parliament Session, the Speaker was not informed why it was being done. Apart from them, only National Security Advisor Ajit Doval, the chiefs of the Intelligence Bureau and Research & Analysis Wing, were in the know. Shah reportedly was of the opinion that that if the move became public even a week earlier, then it would be difficult to implement. Even the Jammu & Kashmir Governor was not aware in the beginning. So too the bureaucrats in the Prime Minister’s Office (PMO).

Now that J&K doesn’t enjoy special status, businessmen have suddenly become interested in it. Already, two big hotel chains have approached the PMO saying they want to buy land in Srinagar. The Government is of the view that land buying should be allowed only after proper and transparent guidelines are laid down. And this should be true for not only hotels but any industry. There should be no government influence in the process and a single-window system of clearance by a bureaucratic body should be established. This is akin to the Gujarat model where the Modi Government facilitated outside investors to buy lands but there were no complaints on corruption.

When the Article 370 repeal issue was going on, Amit Shah advised the Intelligence Bureau chief to have a video conference with all heads and joint directors of different states and zones. The Home Minister wanted to know the reaction when the Bill is made public and whether there would be any deterioration of law and order in states. All the regional heads replied in the negative. Shah however did not talk to any chief minister.

Dealing with the Shock

Hurriyat leader Syed Ali Shah Geelani, who has been placed under house arrest, is reportedly in an anxious state of mind. He finds no unity among Hurriyat leaders and their control over the local Kashmiris is also weakening. But he is most upset with Mehbooba Mufti, the PDP leader, who had become chief minister after forming the government with the BJP. Geelani told a relative that whereas he had never even met an Indian prime minister, Mehbooba allied with one. He thinks that the strategy of the BJP worked—using Mehbooba to weaken the Hurriyat and the separatist movement by young Kashmiris.

Why did Amit Shah choose to bring the Article 370 repeal Bill in the Rajya Sabha first? A BJP leader said as students on seeing the question paper during exams, they used to answer difficult questions first. The easier questions could be done fast later.
Likewise, getting the Bill passed in the Rajya Sabha was difficult because the BJP was in a minority and needed support of other parties. So he first got parties like Bahujan Samajwadi Party and Biju Janata Dal on board first. Only the Trinamool Congress (TMC) and the Left parties were consistent in their opposition; even in the Congress there was a rift on the issue.

In the morning of the debate, when an all-party meeting of Rajya Sabha leaders was called, TMC leaders did not know what was on the agenda. When Amit Shah finally issued his statement on Article 370 in the Rajya Sabha, TMC MPs like Derek O’Brien and Dola Sen were aggressive in opposing it. Later, however, the party saw many other Opposition leaders supporting the Bill. And when there was voting on the Bill, the TMC MPs were not there and Mamata Banerjee reportedly also said a whip should not be issued. Why this sudden change? Is it strategy? Or a new soft approach towards Modi? No one knows as yet. 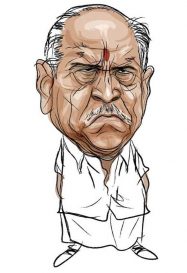 Even BJP Chief Minister BS Yediyurappa of Karnataka had no inkling of what was coming. He had come to Delhi to meet the Prime Minister and home minister and was not getting time till Tuesday. He had been in a hurry to form the government and there was a suggestion to make two deputy chief ministers as in Uttar Pradesh, an idea he was personally against. He also wanted to include some rebel Congress MLAs in the Cabinet but the former Speaker had expelled them making it difficult to induct them. Yediyurappa couldn’t take any of these decisions without the consent of the high command. But Shah told him to be patient and wait for a few days. It was only later he found out the reason behind this.

Pakistan finds itself somewhat confused after the death of Article 370. A section of Pakistani media critical about India has also suggested that Pakistan Prime Minister Imran Khan meeting United States President Donald Trump led to the current situation. The journalist Hamid Mir of GEO TV had commented that what Modi did was actually a slap to Trump. After meeting Khan, Trump had said that Modi had invited him to mediate in the Kashmir dispute, something refuted by India. Now India has made it clear that its decisions will be independent, possibly also signalling a new approach to Indo-Pak relations.