Without Land or Leader 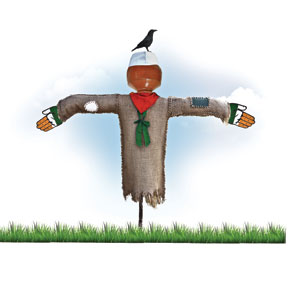 The Congress party has faced electoral challenges in the past and has bounced back sooner than one would have expected. After being voted out, the party has a record of regaining power before the end of the normal five- year electoral cycle. After its rout in the 2014 General Election, however, the question being asked is how long the party might take to regain its popular strength. Some are posing a more difficult question: can the Congress revive itself at all?

Going by the past, one may expect the Congress to make a comeback soon, but history may not be a good indicator of the party’s future. Its revival now is far more difficult than it has ever been. It has suffered defeats in earlier elections, but not at this scale. This time, the party has witnessed a heavy erosion in its support base; even loyalist supporters, who were seen as a vote bank for the party, deserted it in droves at the hustings.

The slide of the Congress has not stopped even after last year’s defeat that reduced it to 44 seats in the Lok Sabha, its lowest ever tally; since then, it has not only lost all the four states that went to the polls, it could not even emerge as the principal opposition there. The party was pushed to third position in all four. To add to these problems, the party faces a big leadership vacuum. In the decades past, its bounce-back had the inspiring leadership of Indira Gandhi playing an important role.

The Congress faced its first electoral debacle in 1967, as it lost elections in many states, but it registered a thumping victory soon after in the 1971 Lok Sabha election on Indira Gandhi’s slogan of ‘Garibi Hatao’. The party’s second challenge came during the post-Emergency phase. The 1977 General Election was the first time it was thrown out of power at the Centre. The Congress managed to win only 154 seats, having polled only 34.5 per cent of all votes; the party was completely wiped out in the Hindi heartland, winning no single seat in Uttar Pradesh, not even Indira Gandhi’s own. But just three years after, the party swept back to power in the 1980 Lok Sabha polls on the slogan of ‘stability’. The Congress registered its biggest ever victory five years later in the General Election held a few months after the 1984 assassination of Indira Gandhi, winning 415 seats and polling 48 per cent of all votes.

Five years later, in 1989, the Congress— now under Rajiv Gandhi—was thrown out of power again. It won 197 seats and polled 39.5 per cent of the votes. This General Election marked the start of India’s coalition era of politics, and many imagined that single-party dominance was over. But the National Front Government proved short-lived, and the Congress returned to power in 1991, though it could not win a majority in that year’s General Election. In the 1996, 1998 and 1999 Lok Sabha polls, it did not fare too well. Its vote share fell to a low of 25.8 per cent in the 1998 General Election; and in 1999, it saw its Lok Sabha tally fall to 114 seats, its low-point till then.

The party’s current Lok Sabha strength is less than half of that figure. Its vote share has dropped to 19.3 per cent. Many of its 44 seats were narrow victories, and had the party’s vote share fallen by a couple of more percentage points, it might have ended up with less than 20 seats.

As for Muslim support, the Congress had hoped that those who had begun deserting it in the mid-1990s would return to the party. But in 2014, only 38 per cent of Muslims voted Congress. With the rise of regional parties in the 1990s, the Muslim vote has been shifting to such parties as the RJD and JD-U in Bihar, Samajwadi Party and BSP in UP, and Trinamool Congress in West Bengal, among others.

This shift in the Congress party’s traditional support base at the national level is a reflection of its thinning support base in different states. For a few months after its defeat at the hands of the Narendra Modi- led BJP, the party may have at least believed that this massive shift in voter preference was mainly due to an attraction for Modi, as a large number of people wanted to see him as the country’s Prime Minister. But sadly for the Congress, it has done poorly even in state assembly elections over the past few months. The Congress lost power in Maharashtra, Haryana, Jharkhand and Jammu & Kashmir where the party was in government either on its own or in alliance with other parties. It is not even the main opposition there. In Haryana, the Congress slipped to third position with 20.6 per cent of votes and 15 assembly seats. In Jharkhand, it won only six seats and polled 10.5 per cent of votes, ending fourth in the electoral race. In Maharashtra, it was third with 42 Assembly seats and 18 per cent of the state’s votes. In J&K, it was fourth, winning 12 Assembly seats with 18 per cent of the votes.

As Delhi’s polls approach this weekend, it is almost certain that the Congress would trail BJP as well as AAP, ending third in the capital city-state. In UP and Bihar, Congress had long slipped to fourth position. It is usually easy for a party to revive itself when it is the principal opposition, as votes tend to swing towards it when people are displeased with the party in power, but the Congress has no such advantage in a large number of states.

The party’s leadership vacuum is acute. In earlier decades, its then leader Indira Gandhi was more than a match for any other leader opposed to the Congress. While the grand old party routinely lost elections, there was hardly any question mark over the abilities of its top leader. Today, the Congress seems to be in a difficult situation on that count. Its leader Rahul Gandhi is hardly any match for the leadership abilities of Prime Minister Narendra Modi.

The Congress is thus in a Catch-22 situation: the party can neither afford to replace Rahul Gandhi and select a new leader to lead it, nor can it revive itself as it has in the past under his under-inspiring leadership.

The party will face tough times in the coming years. Yet, one cannot rule out the possibility of its revival at some point. A theory floating around loosely is that the Congress is finished as a party; some even compare it to the Mughal Empire, all so powerful at one time but forced to witness its own death. I do not subscribe to that theory, and would rather not compare the Congress with the Mughal Empire.

Sanjay Kumar
Sanjay Kumar is a professor and the director of Centre for the Study of Developing Societies, Delhi. These are his personal views