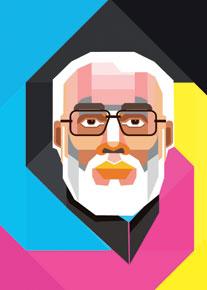 Using provincial tactics to run a federal union is beset with dangers. Students of history are familiar with endless case studies that point to the deep risk of importing schismatic manoeuvres that have helped sectarian forces, but have dragged nations to civil wars or massive repression. One of the most remarkable examples is that of Joseph Stalin who destroyed the Soviet dream by importing his Georgian bloodlust and vendetta politics to Moscow. He is said to have bumped off an unsuspecting teacher who taught Georgian language to politburo comrade Molotov, who wanted to know what Stalin and Beria, the Russian dictator’s equally fiendish henchman, spoke to each other.

Letting regional or provincial considerations gain an upper hand is a treacherous proposition in a democracy as complex as India. Former Prime Minister Manmohan Singh had to pay a heavy price for yielding to force majeure as its Dravidian ally, DMK, brought to the corridors of national power its reprehensible and blatantly immoral ways. If one traces the point where the UPA-II began to falter, it is evident that Singh and Co were too hesitant to stem the wild ways of the Tamil ally. Regional allies often tend to be reckless about what they do outside of their strongholds, and such irresponsible behaviour was plain for all to see when the likes of Mamata Banerjee, J Jayalalithaa, Mayawati, Mulayam and others zealously chased their narrow objectives, unmindful of the consequences of throwing to wind larger concerns of the country.

Unfortunately, there is far less concern in Indian political discourse on the dangers posed by regional parties as opposed to the heterogeneity they bring to the table. Yes, in a country as diverse as ours, it is imperative that we encourage and tolerate regional aspirations as well as the multiplicity of Indian culture, which is said to be the key feature of India’s majority religion, Hinduism. This is also why it is vital that various interpretations of Hindu epics, characters from them, and mythologies be given their due. It is in this context that mild centrifugal tendencies – the right to dissent, right to display and proclaim provincial pride, right to heresy of the tolerable kind — must be brooked to uphold not only multiplicity of the nation but also to ensure vexations over neglect or marginalization are offered a safe outlet. Being benevolent to the staunchest criticism is a known tactic of empires that have survived long. Even Genghis Khan, the greatest of dictators, was known to encourage ideological debates among scholars of different faiths in his court. The idea was to allow space for harmless venting in order to avoid simmering tensions and concomitant backlash. As the saying goes, don't use a lot when a little will do.

The federal government flexing its muscles to crush any form of criticism and resorting to centripetal excesses is unwise and counter-productive as regards protecting the communal wellness of a nation. Dissimilar views and stubborn insistence cannot be squashed with arbitrary force, only with positive reinforcement and example, as parents of teenagers around the world would testify. It can be easily said that, therefore, if they are wise enough, the country’s rulers must pursue a common point or a median of what has often been described as “implosion and explosion” to maintain a social equilibrium.

Resorting to hyper-nationalism and falling back on playing the victim – as several of our leaders have done in the past few weeks – can only lead to chaos. The tone and demeanour of the 10,000-odd “patriots” who marched in protest on Sunday to “expose” the “anti-national” students of JNU betray the level of polarization that the government seems to have successfully managed. The protesters, who were disproportionately greater in number and indignation than the original 'seditious' band of dissenting students, were as untamed as they were bitter about a fake and manufactured assault on the integrity of the nation. That a few anti-India slogans and anniversary revelry on the JNU campus over the 'martyrdom' of a man sent to the gallows for attacking the Parliament can trigger cries of prompt hatred outside its walls smack of design and political ill-will employed to extend aggressive nationalist animus. That the Union government led by Modi has meticulously championed economic development as its motto while sections of the coalition are bent upon creating ruptures within society along religious lines to pull in votes is no longer secret. Denying a middle ground and shunning consensus are not virtues in a democracy.

True, teething problems are par for the course for a party and its leaders who are not used to the ways of national governance. It is also admirable that as a new ruler Modi has kept at bay wheeler dealers and others who have called the shots in power in Delhi by virtue of their network and elitist status. However, it is a pity that he takes refuge in corny statements – and that includes repeated references to his humble origins as a chaiwala’s son to deflect attention from responsibilities.

One only hopes the country isn’t made to endure the provincial procedures of Gujarat, a state highly polarized along religious lines thanks to decades-long concerted attempts to drive such a wedge. It is this very style that AB Vajpayee had famously disapproved of following the 2002 Gujarat riots, calling for the need for Rajdharma. Someone, however, didn’t get the memo.

The Gujarat model may have worked for some. But we as a nation didn’t sign up for that.