Wanted: a Dance Partner for SRK

Wanted: a Dance Partner for SRK • Shadow of Hrithik’s Past • Twice Rejected, Won’t Be Shy 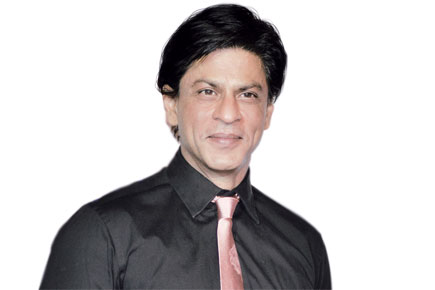 Wanted: a Dance Partner for SRK • Shadow of Hrithik’s Past • Twice Rejected, Won’t Be Shy


Shah Rukh Khan starts filming Happy New Year in September, but director Farah Khan and he haven’t found a leading lady yet. Apparently the duo considered everyone from Parineeti Chopra to Katrina Kaif for the part, but Shah Rukh eventually decided they needed a fresh face.

The role is that of a bar dancer from Bhandup, and Farah reportedly wants a girl who is pretty but not particularly glamorous, and one who can act and dance too. Tall order, eh? Turns out her assistants have been screen-testing hopeful candidates for over three months now, but they haven’t come across anyone that both Farah and Shah Rukh agree on.

It’s not just the heroine who is proving to be a tough find. According to sources, Farah still hasn’t found her fourth male lead. Boman Irani, Shah Rukh and Abhishek Bachchan will play three male protagonists in this musical comedy about four men, each cursed with two left feet, who form a team to participate in a world dance championship.

Reportedly, Dev Patel, Ayushmann Khurrana and Siddharth Malhotra were considered for the role. But rumours from Shah Rukh’s Red Chillies office suggest that Farah and SRK have zeroed in on Vivaan Shah, Naseeruddin Shah’s younger son. The 20-something kid made his screen debut two years ago, playing an aged Priyanka Chopra’s young admirer in Vishal Bhardwaj’s ill-fated Saat Khoon Maaf.

Happy New Year is expected to kick off with a roughly 40-day non-stop schedule at Dubai’s Atlantis Palm Resort & Hotel. Previously slated to go on the floors in June, the movie’s shoot was pushed to September when Shah Rukh injured his shoulder and had to undergo emergency surgery, but also because Atlantis wouldn’t open its doors to the unit during its busiest season. Apparently the filmmakers have now booked the entire (sprawling) resort for the duration of the shoot. Now all they need is an actress who can match steps with Shah Rukh Khan.

Shadow of Hrithik’s Past

Also all set up but with no heroine attached is the Hrithik Roshan-starrer Shuddhi, which will go into production just months from now. Agneepath director Karan Malhotra has made no secret of the fact that he wants Kareena Kapoor to be his leading lady, but insiders are still speculating whether Hrithik and Kareena will bury their past and work together again after all these years.

This hasn’t stopped other actresses from pitching for the project. For one, Deepika Padukone’s agents have reportedly been talking to producer Karan Johar about casting her. The filmmakers, it is learnt, are waiting patiently for Hrithik to wrap Siddharth Anand’s Knight & Day remake Bang Bang, so they can involve him in the decision.

Having now twice turned down films with one of Bollywood’s most respected female directors, this young A-lister has prompted industry insiders to wonder if there is, in fact, more than meets the eye.

With her first film, she wowed critics; with her second, she proved that she could woo the box-office too. Yet, this credible filmmaker couldn’t convince the country’s young superstar to sign on for her next film. The actor reportedly said he liked the idea she had in mind for the film, but insisted he would commit himself only after a full script was in place. When he went on to sign a bunch of films that would keep him busy for the next two years—without making room for her project—the director reportedly decided to move on, and signed another up-and-comer in the young heartthrob’s place. It’s common knowledge that she had approached the star for her previous movie too, a three-hero buddy film that he had turned down. This second rejection raises speculation that the actor might have personal reasons for his decision to stay away. Some are even hinting that the star has never been too fond of the filmmaker’s actor-director brother, whom she cast in both her previous films.