SHE is on a HIGH

Indian women may have made their mark in several fields of excellence. Newer horizons are still waiting for them. Are they up to it? 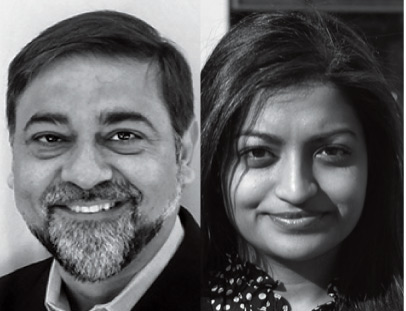 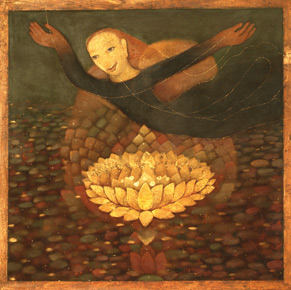 Indian women may have made their mark in several fields of excellence. Newer horizons are still waiting for them. Are they up to it?

Silicon Valley has long been considered the perfect meritocracy. Or so it was thought. Just five years ago, the subject of gender disparity in the tech field was hotly debated. While gradual progress has been made in terms of highlighting the issue over the years, the recent release of diversity reports from tech giants such as Google, Facebook, LinkedIn, Yahoo and Twitter, speak for itself: there was and is a gender problem.

A few years ago when a technology conference was hosted by the popular blog TechCrunch, the only women on stage were staff and a circus performer. Of the more than 100 companies featured, there was not one led by a woman. The audience was mostly young White males with a few token Indian and Chinese men.

The financiers fared no better. Almost all of Silicon Valley’s investment firms were male dominated. The few women found on their websites were either in marketing or human resources. Venture Capital firms, or VCs, were the worst offenders—of the 89 VCs on the 2009 TheFunded.com list of top VCs, only one was a woman.

So this begs the fundamental question: are there differences in backgrounds between men and women entrepreneurs? Research concludes that there are none. Men and women have almost the same motivations and success factors. However, women do have many advantages over men. To start with, firms founded by women are more capital-efficient than those founded by men. Women-led high-tech startups have lower failure rates. Venture-backed companies run by women have annual revenues 12 per cent higher than those by men; and organisations that are the most inclusive of women in top management positions achieve a 35 per cent higher return on equity and 34 per cent higher total return to shareholders. Companies with the highest proportions of women board directors also outperform those with the lowest proportions by 53 per cent. They have a 42 per cent higher return on sales and 66 per cent higher return on invested capital.

The lack of diversity in gender isn’t native to Silicon Valley; India too could admit that there is an imbalance, and that the exclusion of women is holding back innovation and economic growth. And now is the time for change. It should begin with a much needed discussion.

The majority of publicly traded Indian companies—922 of 1,462—have no women on their boards. Women hold barely 5 per cent of board seats in India, in comparison with 17 per cent in the United States. Indian infotech companies have a bigger management problem. Look at the executive ranks of Infosys, Wipro, TCS, Tech Mahindra and others, and you will hardly find any women. This is a cause for concern.

‘[W]hen women step off the familiar path, they are “irresponsible;” when they ask for the spotlight, they are “pushy” and if they speak up too loudly, they are a “nuisance.” I have been in institutions and jobs where I was in a minuscule minority—either by gender or by race,’ wrote Lakshmi Pratury, host and curator of the INK conference, in the upcoming book Innovating Women.

There are many explanations for why there is a dearth of women in the tech sector. From preconceived and unchallenged notions of gender, access to education, biases within the educational system against girls and women, negative stereotypes and the lack of resources and role models, it seems that the cards are heavily stacked against them. But Indian women nonetheless have taken impressive strides; they are rising and poised to lead the future.

Observing a need to create a space for a women collective of entrepreneurs and learners, storytellers and engineers, and the many other roles women have without a proper place to showcase their ideas, Pratury brought TED talks—on ‘Technology, Entertainment, Design’—to India in 2009. The first TedIndia talk was thus held, and the following year she hosted and curated INK. Pratury tells the story of Madhumita Halder, an INK Fellow and an IIT graduate who worked in the tech industry and then quit to become a teacher for four years. Armed with the knowledge of combining learning with play, Halder co-founded MadRat Games, which designed the world’s first Indian language word game, Aksharit. This has been translated into 11 different languages and adopted by over 2,500 schools. In the three years since she has been an INK Fellow, MadRat games has grown, and the firm now boast of hundreds of board games in multiple languages available for all age groups.

Shilo Shiv Suleman is a gifted artist who has a passion for bringing the Indian aesthetic to everything she does, be it designing an iPad app or performance stages, corporate events or a combination of all. Pratury helped produce her first iPad app, Khoya, which was shown to Apple co-founder Steve Wozniak during his trip to India. He wrote a personal note to her saying how much he loved it. She sold enough copies of it not only to break even but also contribute to the INK Fellows programme. She also launched an artist collective called Fearless to condemn violence against women, and is now working with other INK Fellows to create an installation for Burning Man 2014.

Sunitha Krishnan runs Prajwala. As a victim of a sexual attack, she decided to dedicate her life to fight violence against women. She rescues women from trafficking and gives them a home. In her talk, she shared the difficulty of finding a permanent home for these women. We worked with our community and corporate partners, and within 18 months she had raised enough funds to build a three-acre campus near Hyderabad. The women take care of the premises with pride and playfulness. In making a full-length feature film on human trafficking, Krishnan collaborated with one of Bollywood’s most popular music composers, Shantanu Moitra, who she met at INK. That music went on to win a National Award in 2014.

Pratury concludes by saying that it was important for her to return to India after working for years in the tech industry in the US. And she hasn’t looked back.

Women are helping women and it’s great to see the progress made. But men need to get involved in addressing the gender gap too. This really isn’t a ‘women’s issue.’ When one half of the population cannot achieve its full potential due to systematic and structural challenges, everyone should do what must be done to fix the problem. Men need to get involved and work with women in the tech sector to achieve gender parity. And it starts by admitting the problem’s existence.

But there is good news at the lower ranks. Unlike in the US, where the proportion of women studying computer science fell from 37 per cent in 1987 to 17 per cent in 2012, India’s numbers of female infotech students are increasing year upon year. According to Nasscom, an industry body, gender-diversity in infotech services ranges from 24 to 32 per cent; in the Business Process Outsourcing segment, this is 34 to 42 per cent; 1 million of India’s 3.1 million strong infotech workforce is female; and women now account for 38 to 40 per cent of all entry- level recruits. This will give India a major advantage in the future. But while female enrolments in the so-called STEM fields—of Science, Technology, Engineering and Medicine—are on the incline, the Indian workplace is yet to reflect that. We need to find a way to get those numbers in educational institutions represented in the workforce and top leadership positions.

The technological landscape is advancing rapidly. It will create new trillion-dollar opportunities and set the stage for solutions to many of the world’s major problems. Several technologies, such as computing, medicine, artificial intelligence, 3D printing, robotics and sensors are advancing exponentially even as their prices drop. Inexpensive sensors can, for example, be used in the agriculture sector to monitor soil humidity, optimise watering and build on- farm diagnostic systems that minimise the use of harmful chemicals. These can revolutionise farming in India. Other types of sensors can monitor human health and test for diseases. Computer apps can combine health data withgenomic data to trace the correlation between our genome, habits and disease, and help develop holistic treatments. They can design robotic assistants to help care for the elderly and build tutors to educate the hundreds of millions of children who don’t have access to schools. Robots can automate manufacturing, and 3D printers make it possible to produce sophisticated products anywhere.

Silicon Valley’s greatest strength is that it accepts failure and offers innovators multiple chances. It also encourages dissent and learns from its mistakes. We had more than 500 women help ‘crowd-create’ a book titled Innovating Women, for which they shared their stories and experiences in the field of innovation. It is a collection of essays and anecdotes from female global leaders on how their experiences frame the future of entrepreneurship.

India’s best hope to dominate the future of technology and build the next $100 billion industry is to enable its women to take their rightful role in the innovation economy.